Ring In The New Year With 12 Amazing Images Of Earth

GeoEye celebrates 12 years of snapping images from outer space in one stunning 2013 calendar. 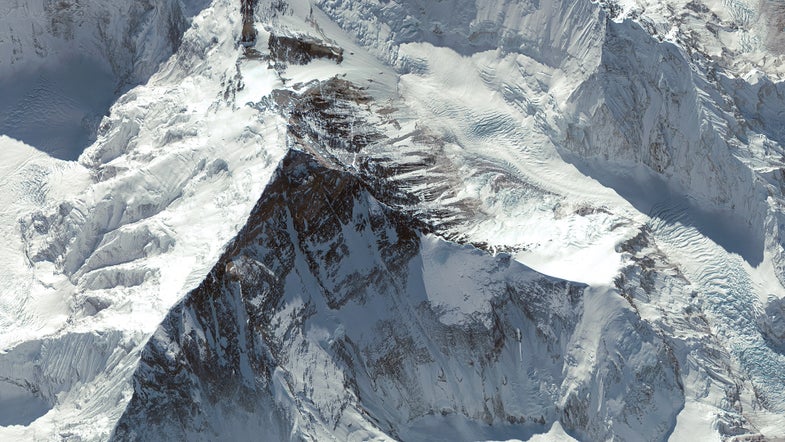 GeoEye, which continually snaps images of Earth with its Ikonos and GeoEye-1 satellites, has a lovely new calendar series you can download to keep track of the new year. The company chose one image a year since 1999, the year Ikonos launched, and overlaid a 2013 calendar on it. Check out our gallery for a preview.

A committee of GeoEye employees were tapped to offer suggestions for each year, following a set of criteria. Images had to be iconic, historic, or “just stunning,” according to a company spokesman. The calendar team narrowed down images and all the imaging company employees voted on the selections to narrow them down to one image per year. But the company couldn’t resist including a couple honorable mentions, too.

Click through the gallery above for a stunning tour of Earth from space, and to find out how to download your own calendar. 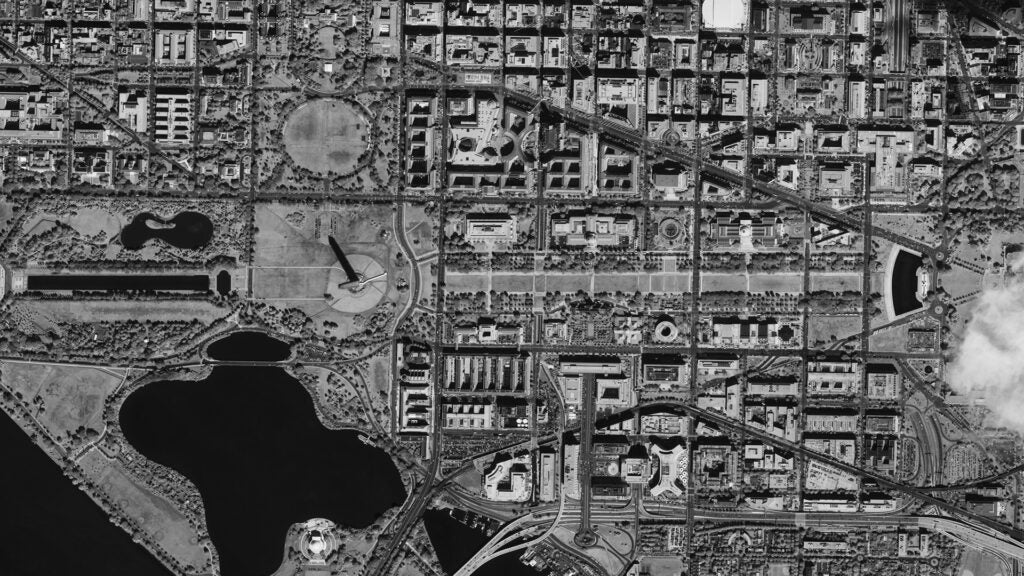 This image of the nation’s capital was the first image captured by the Ikonos satellite. Ikonos–which comes from the Greek word for “image”–was the first commercial satellite to collect publicly available high-resolution imagery at 1- and 4-meter resolution, a realm previously limited to the military. Back in 2000, we named the satellite a Best of What’s New winner. 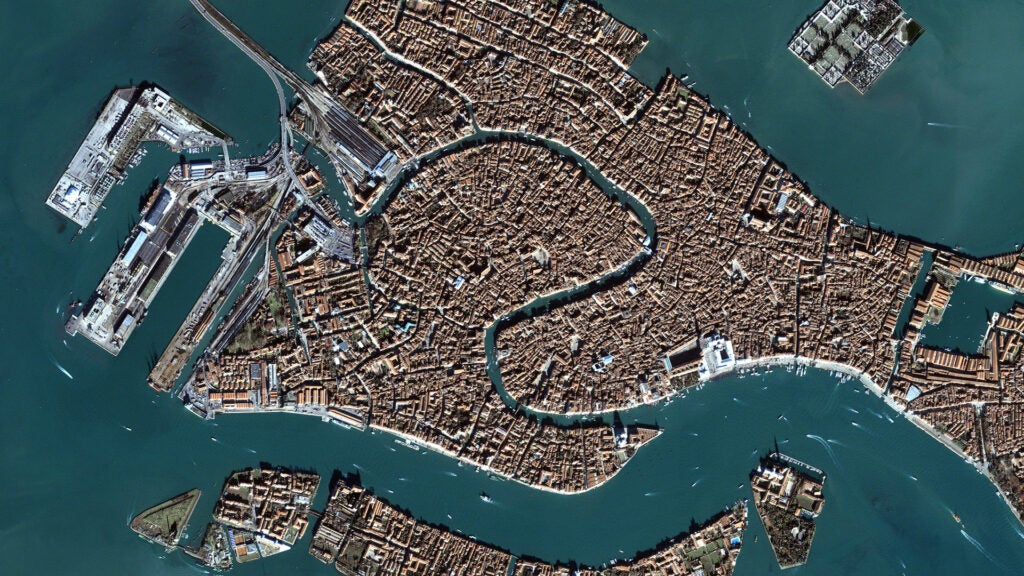 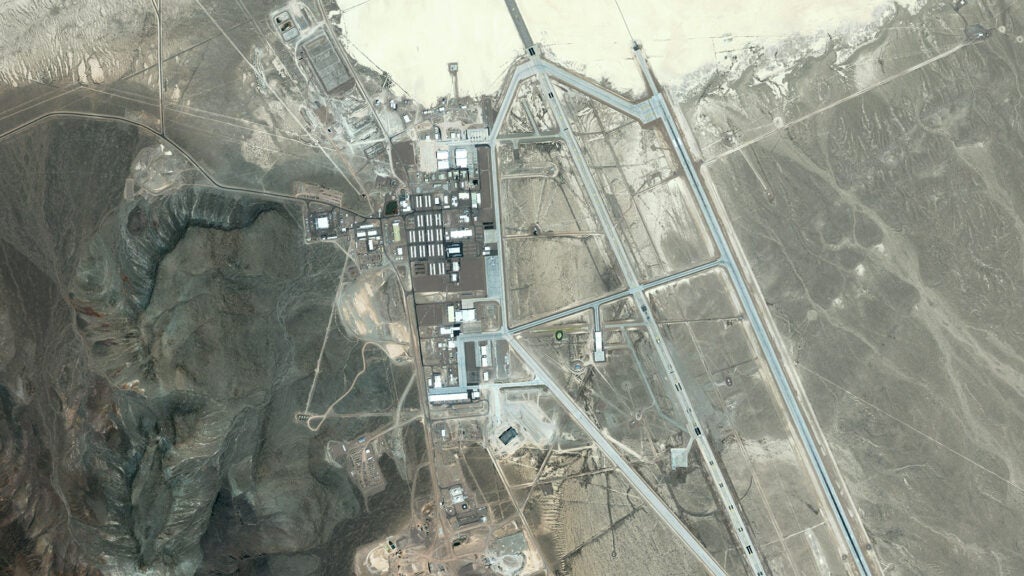 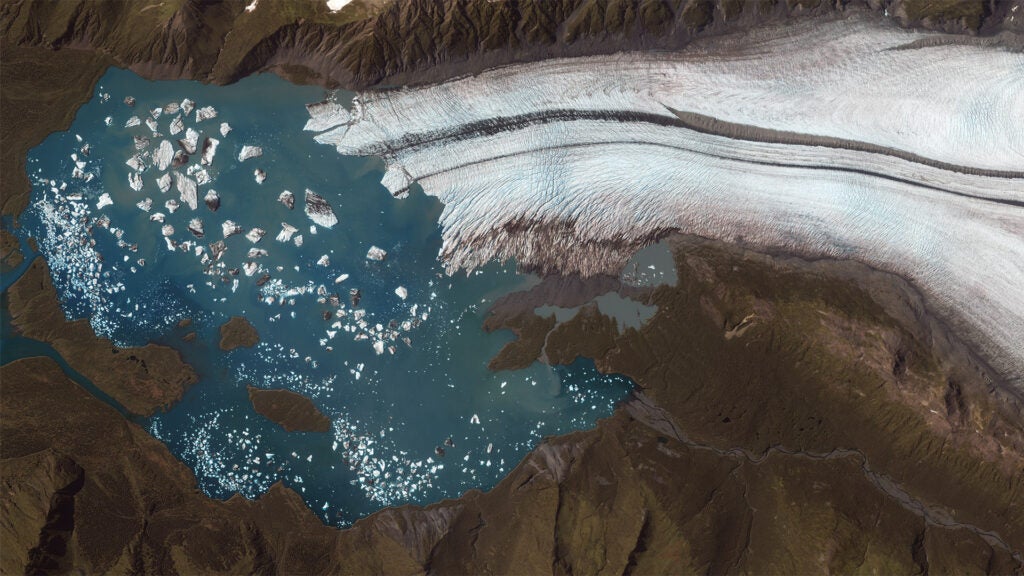 This is Bear Glacier Lake, connected to the largest of the 38 glaciers found in Kenai Fjords National Park in Alaska. This image (and others) was critical in determining an August 2008 glacier outburst flood, according to the National Park Service. On August 19, 2008 a local sea kayak guiding company reported unusually high water levels, and park staff noticed a small glacier-dammed lake had recently drained. This small unnamed lake was about 8 miles up-glacier and northwest of Bear Glacier Lake. In this satellite imagery, it previously occupied an area of about 0.17 square miles. Estimates of water release exceeded 7,500 acre-feet, according to the NPS. An acre foot is the amount of water it would take to cover an acre of land one foot deep. 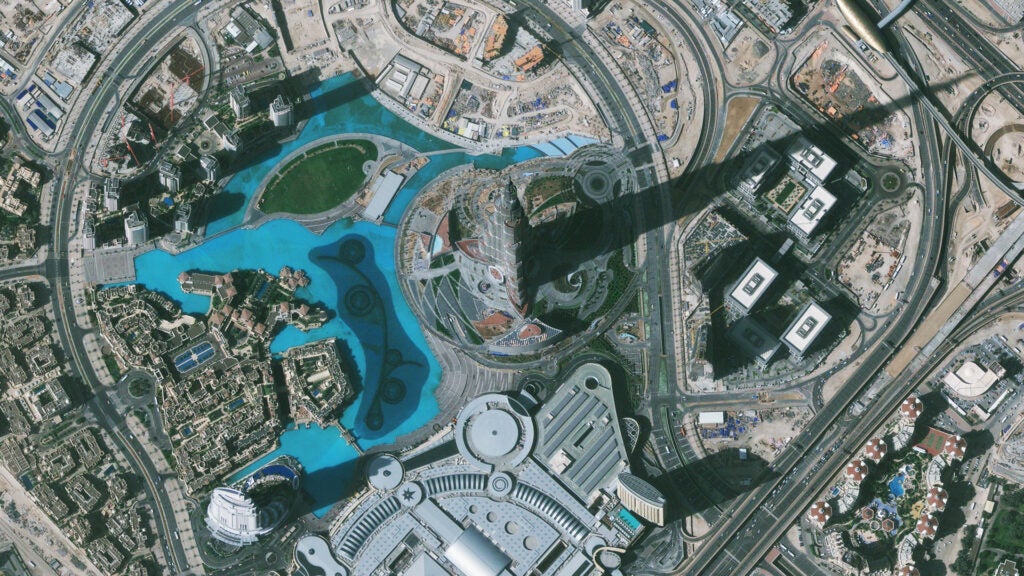 This is the tallest building on Earth, as seen on Feb. 9, 2010. The tower officially opened one month prior. 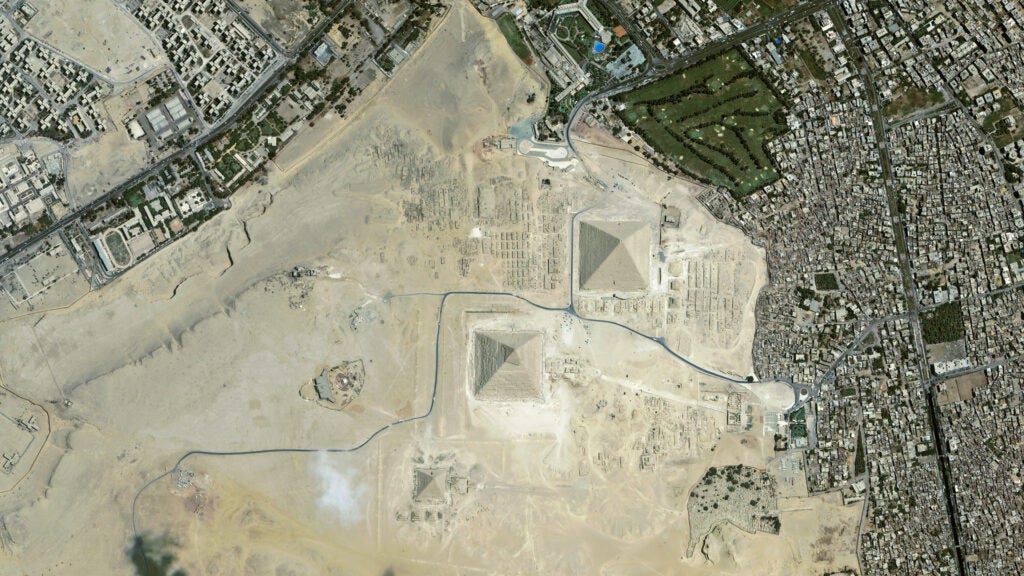 And now for a much older edifice in the Middle East: The Great Pyramid of Giza and its brethren. This image is from July 15, 2006, which was apparently a brilliantly clear day in the area outside Cairo, Egypt. 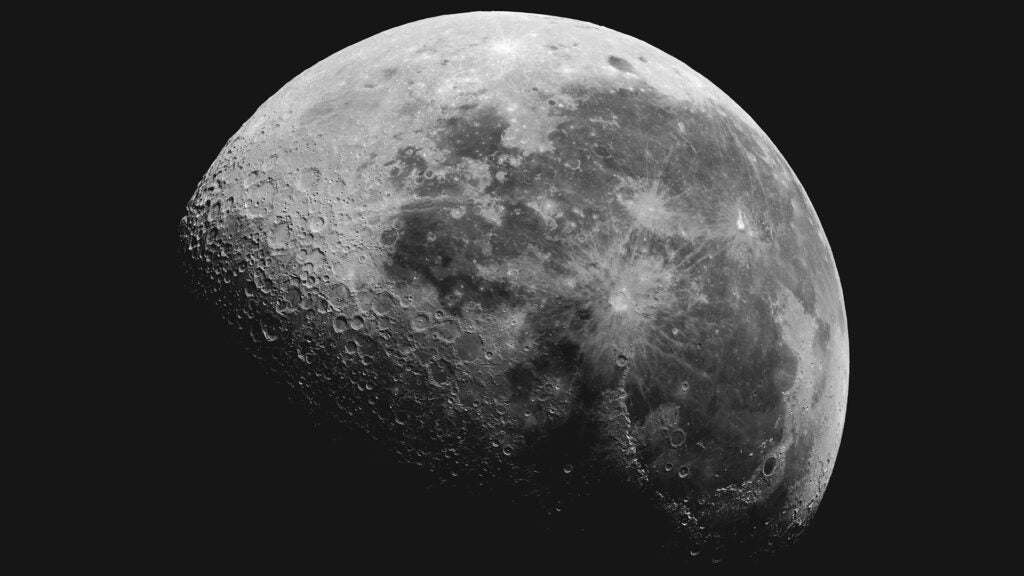 NASA announced a longer wait until astronaut boots once again walk on the moon’s surface. 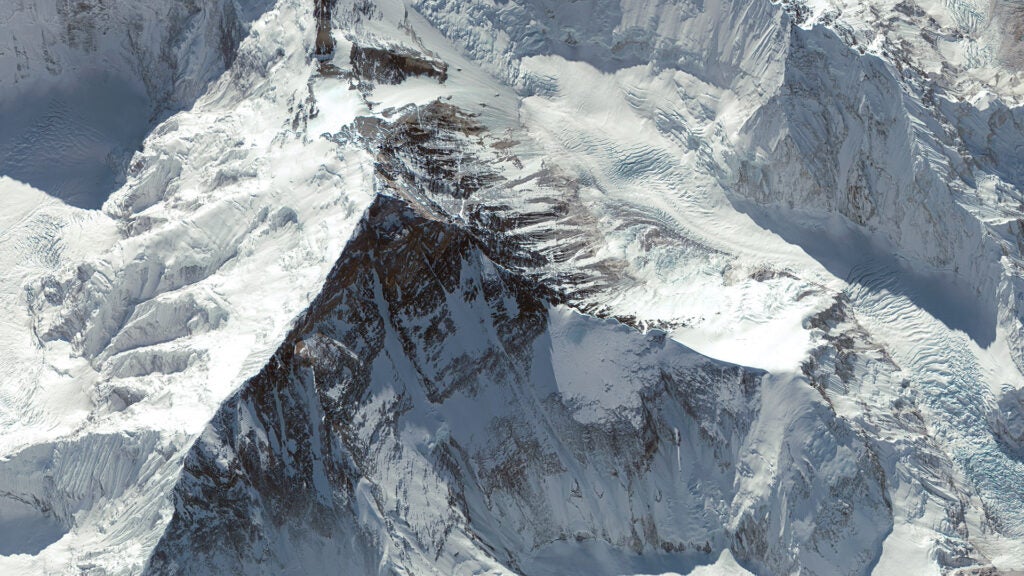 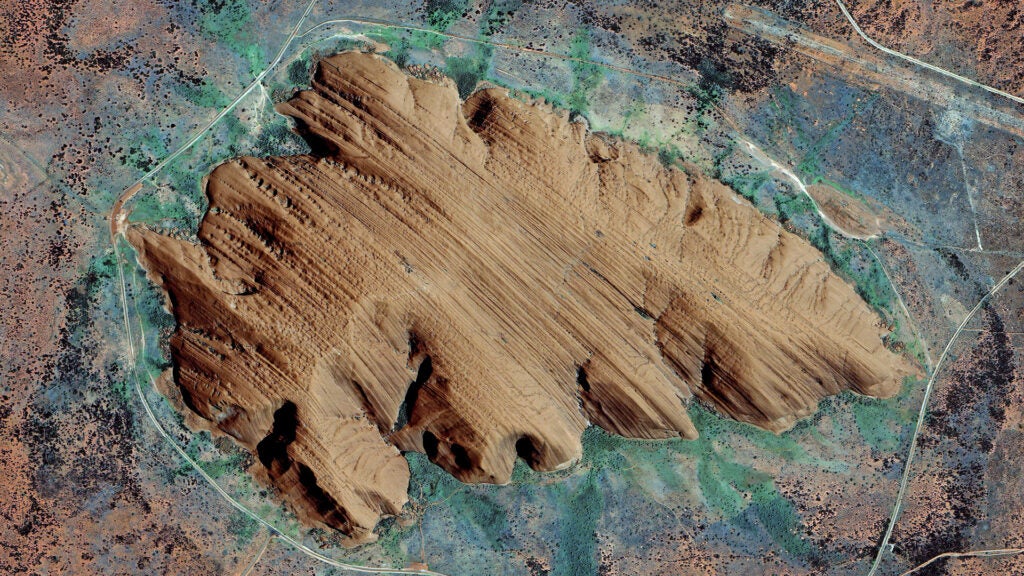 Also known as Uluru, this is the world’s largest monolith. It is an Aboriginal sacred site, and Australia’s most famous natural landmark along with the Great Barrier Reef. 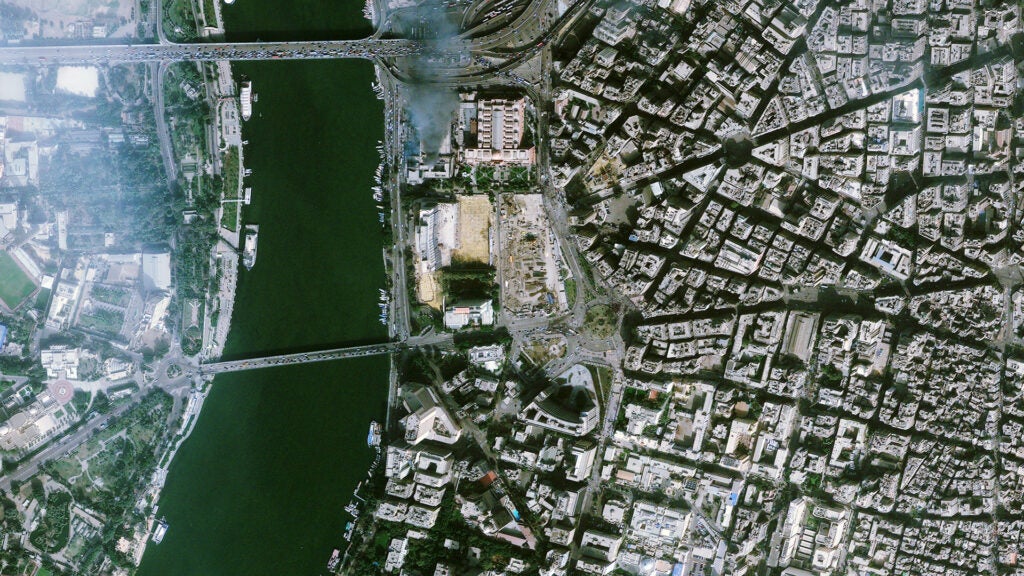 Tahrir Square, or “Liberation Square,” was the focal point of Egypt’s 2011 revolution. This image from Ikonos was taken Jan. 29, 2011, four days after the start of protests against Egyptian president Hosni Mubarak. Protesters occupied the square in downtown Cairo for 18 days, culminating in Mubarak’s departure from office. 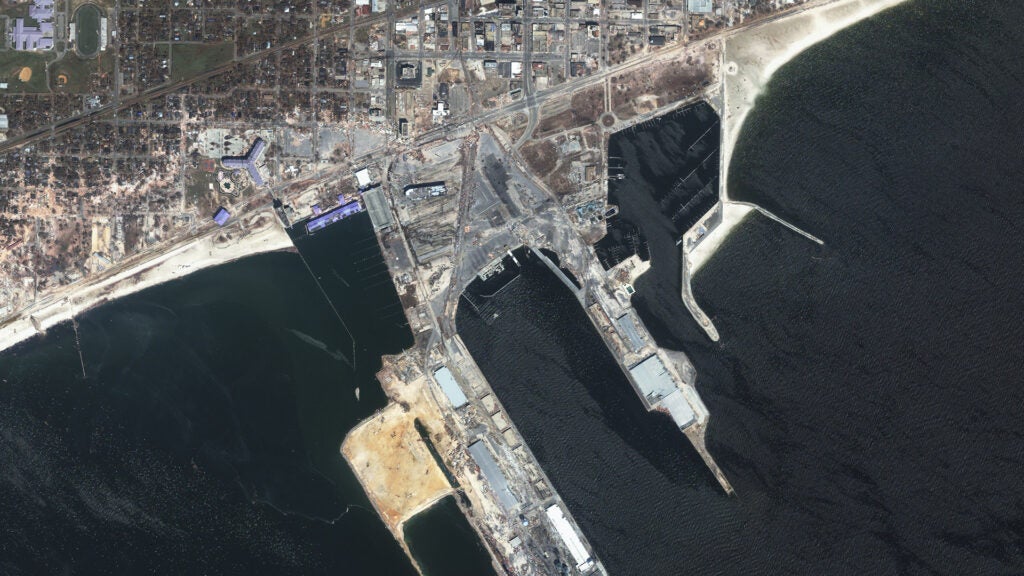 The Gulf After Katrina

GeoEye broke its own rule and included two images from 2005 because of this photo. This is Gulfport, Miss., on Sept. 2, 2005, in the first days after Hurricane Katrina ravaged the Gulf Coast. Devastated piers and beachfront businesses are clearly visible. 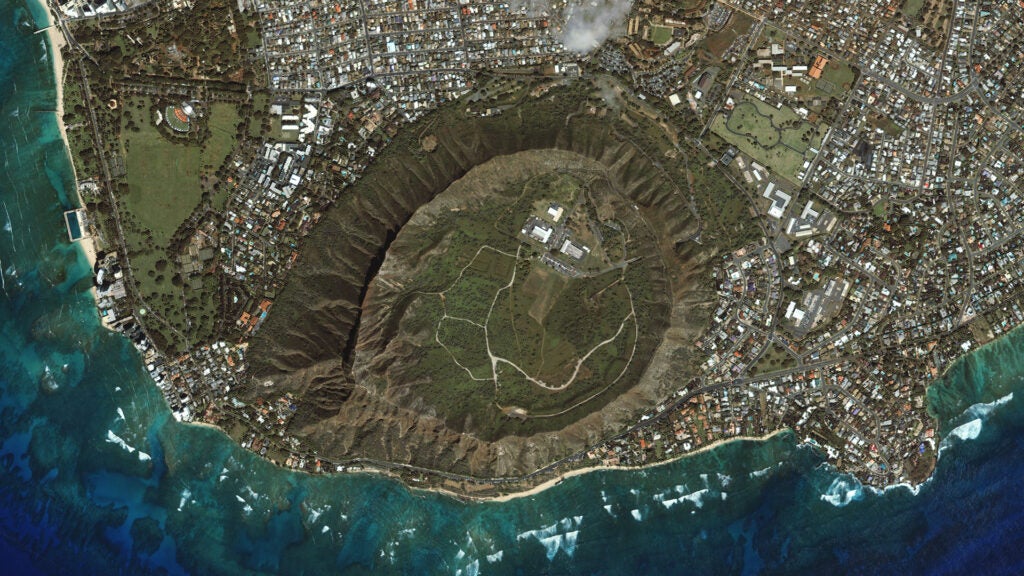 Let’s end on a happier note, shall we? This beautiful shot shows Honolulu, Hawaii, as it appeared March 13, 2003. Now that you have some ideas, go here to download your calendar of choice. Happy New Year!
calendars
earth
GeoEye
Science