After watching them on TV 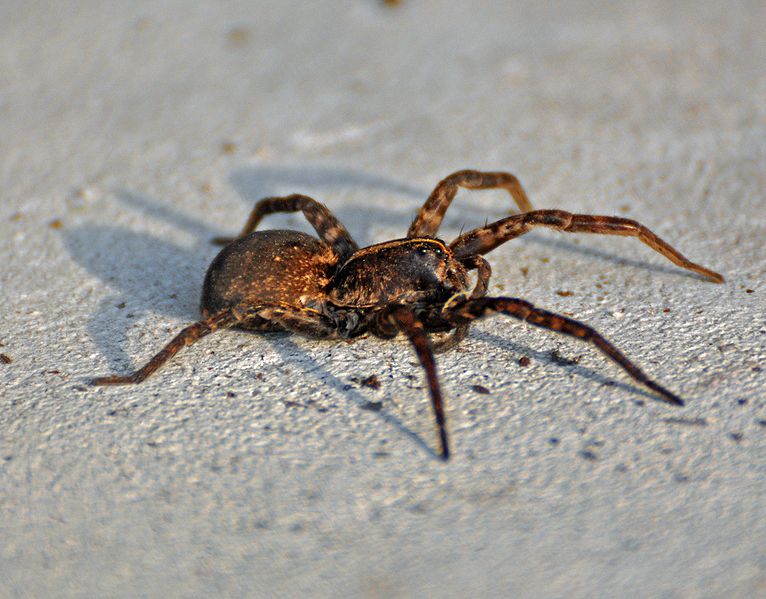 Researchers at the University of Cincinnati performed an experiment on a type of the widespread and unnerving wolf spider that shows that these invertebrates may be much more complex than we give them credit for. The spiders were capable of observing, remembering, and mimicking mating dances, just like cast members on Jersey Shore.

The spiders, Linnaean name Schizocosa ocreata, were placed in an enclosed environment with multiple tiny spider-sized screens. Those screens showed videos of other males of that species performing their mating dance, which consists mostly of leg tapping (much like my own). Interestingly, the spiders were able to see which techniques were successful, and managed to remember and mimic them, behavior which has only previously been seen in animals thought to be more complex, like mammals, birds, and fish.

Invertebrates have never been known to have this kind of abilities to learn, remember, and imitate behaviors, so the study is definitely breaking some ground. Check out video of the spider’s dance moves below.