The immortal first words on the moon, uttered so shakily by a man who has done his best to avoid... 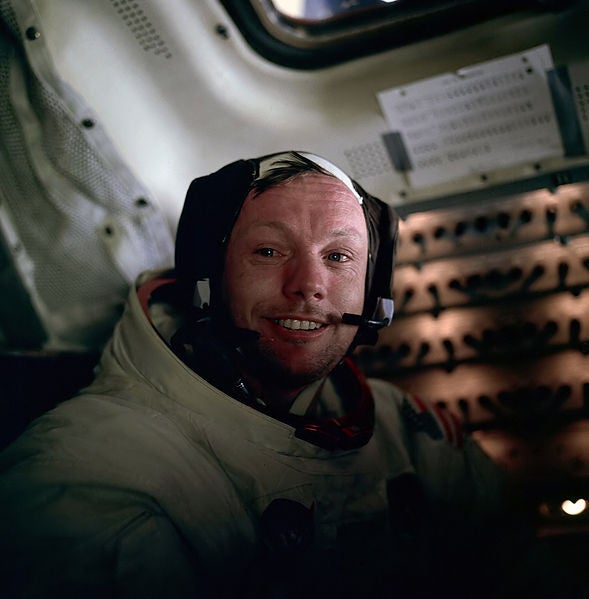 The immortal first words on the moon, uttered so shakily by a man who has done his best to avoid the spotlight ever since, are even more impressive in hindsight. The Eagle lander nearly plunked Buzz Aldrin and Neil Armstrong in a boulder field, and Armstrong had to take over from autopilot to set the spacecraft down. This is according to very rare new commentary from Armstrong himself.

This is pretty amazing: Armstrong, notoriously camera-shy and tight-lipped, did an hour-long interview about Apollo 11, sitting down with an Australian accountant (really) to relive his 1969 moon landing. He narrates a Google Moon view of the Eagle’s descent, describing his harrowing landing, almost out of fuel. He talks about plenty of other tidbits, chortling at a question about moon-landing conspiracy theories.

Armstrong is almost as famous for his reluctance to talk about his experience as he is for making that “one small step.” His nervousness speaking publicly is well known, and when he does take the time to talk — about Apollo 11, the future of NASA or anything else — it’s usually a fairly muted, shaky performance, as you can see in this Congressional testimony.

Not so in this new interview. Now nearing his 82nd birthday, the famous astronaut is clearly relaxed and at ease. Apparently it took some accountants to calm the man down.

The interview is with Alex Malley, CEO of an organization called CPA Australia, and it appeared on a program sponsored by CPA Australia called The Bottom Line. Apparently, Neil has a soft spot for accountants: “His dad was an auditor,” Malley says, according to Australia’s News.com.au. Malley has been angling for this interview for some time.

It’s broken into four parts, which you can watch here.