Hopper, What Are You Working on Today? 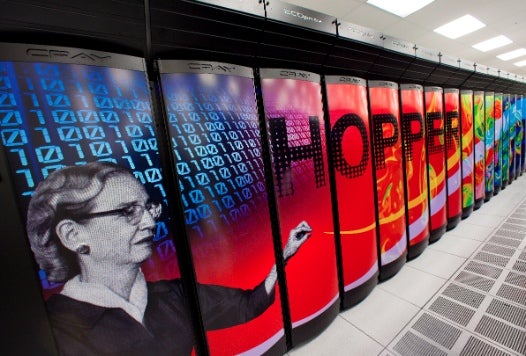 Vital Stats: System: Cray XE6 supercomputer. Theoretical peak performance: 1.3 petaflops (1.3 quarillion calculations per second). Inside: 153,216 compute cores connected by a very fast interconnect. Supported by a High Performance Storage System where users archive their data. The HPSS system has a peak capacity of 59 petabytes. On Oct. 26, some 98,750 files were transferred into or out of the HPSS system.

What Are You Working On?