A Train to Space: All Aboard the 20,000-Mile-Per-Hour Low-Earth-Orbit Express

From the man who brought you magnetic levitation, a concept maglev cannon that could launch a train into space 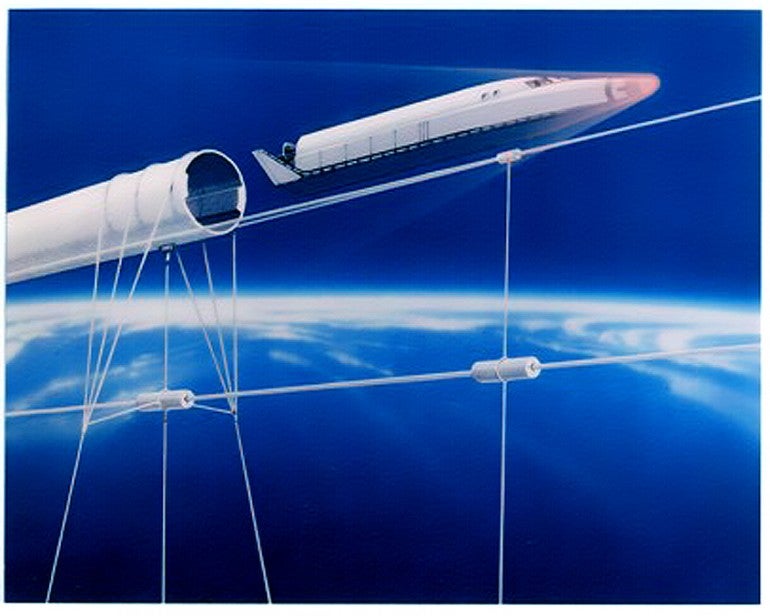 Today in grandiose space ambitions that would make even Newt Gingrich balk: a $60 billion, 1,000-mile long, 12-mile high, 20,000-miles-per-hour maglev train that starts on the ground and arrives in low Earth orbit. The minds behind the Startram project think it could reduce the cost per kilo (that’s like 2.2 pounds American) for cargo from roughly $10,000 to just $50.

A quick cost-benefit analysis says this makes sense. But does the technology? Here’s the gist, according to Startram (which, incidentally, is co-invented by one of the people who invented the superconducting maglev, Dr. James Powell): start a maglev train in a vacuum sealed tunnel on the ground, accelerate it for five straight minutes to speeds up to 5.6 miles per second, and launch it from the end of said tunnel–which, as it happens, needs to be raised about 12 miles into the sky where the air is thin enough that it won’t destroy the spacecraft-train, which is now moving about 20,000 miles per hour.

Now, in principle, there’s no part of building a super-fast maglev train that isn’t doable (how safe it would be is another question entirely). But how do you permanently suspend the business end of this massive maglev cannon a full twelve miles in the air? With maglev, of course. Powell and his partner Dr. George Maise posit that if they were to run a superconducting cable through the ground beneath the ascending maglev tunnel carrying 200 million amperes and cable in the launch tube itself bearing 20 million amperes, the tunnel would remain suspended up there via magnetic levitation, with huge cables holding it in position.

Apparently Sandia National Labs has actually reviewed this proposal and couldn’t find a reason to rule it out as a possibility entirely, though finding $60 billion in any budget for a far-out space train seems perhaps the least likely scenario out of all of this. But Startram does make a point: the space shuttle program alone cost nearly 3 times more than that over three decades. Maybe an express train to LEO is exactly what commercial space needs. But just for the record, we’re not suggesting any of our readers sign up for the inaugural ride. 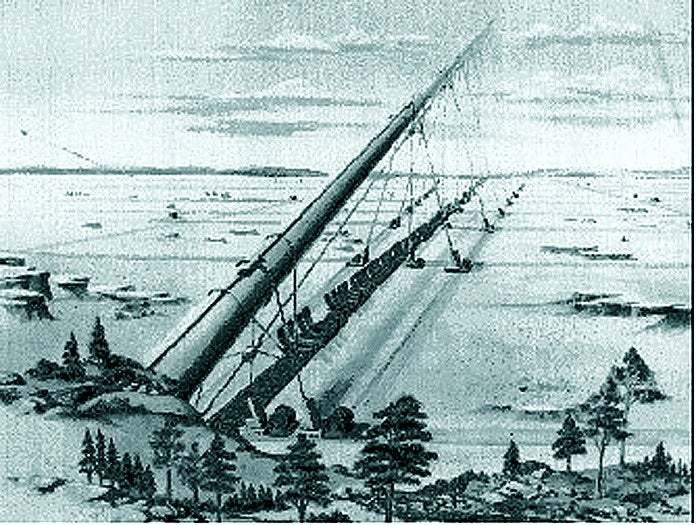