Now on Kickstarter: The First Steps Toward a Lunar Space Elevator

There’s only one it’s-the-future-why-don’t-we-have-x trope that rivals the flying car, and that’s the space elevator. (First proposed in 1895, it... 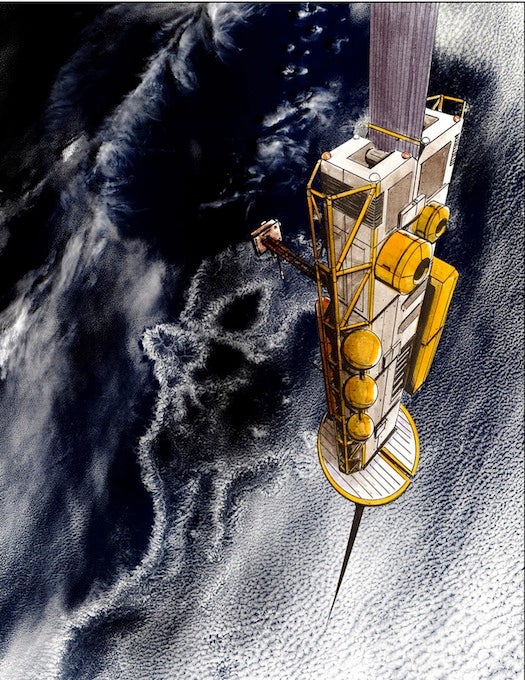 There’s only one it’s-the-future-why-don’t-we-have-x trope that rivals the flying car, and that’s the space elevator. (First proposed in 1895, it might even predate it.) The idea of a giant tower that can carry us from Earth to outer space is legend, and it probably will be for a long time. But a company has successfully Kickstarted what they say is their first step to building one on the Moon.

At $8,000, the project from LiftPort Group wasn’t going to get us an elevator right away, even if as of writing the team has raised more than $15,000. Instead it’s funding an early, related project: sending a robot two kilometers up via a cable and building a test platform of high-altitude balloons that are tethered to the ground. It’s not a stretch to think they’ll able to reach that goal, since they pretty much already have. LiftPort Group went out of business in 2007, but before that the team made it only a quarter of a mile shy of that distance. This is more of a team rebuilding exercise.

The robot launch is sort of the precursor to the precursor: this could help with the Lunar Elevator, which in turn could help with the Earth Elevator. In the lunar version, a base component–a space capsule, basically–would be attached to a rocket and sent toward the Moon. When it got close enough, a cable would eject from the capsule and attach to the surface of the moon, allowing for transport between the surface and the capsule. Since a full connection between the Earth and the Moon is still decades away, it would work as a checkpoint: A rocket could be sent to the orbiting station and people or objects could be lowered to the Moon, similar to how the robot in the test project would travel.

LiftPort has offered a list of “stretch goals,” additional projects to be completed if they raise more money. They go all the way up to $3 million, helping to fund their “feasibility study,” which they’re hoping to launch next year. After that gets done they can give a certain yes/no on whether the project is possible.