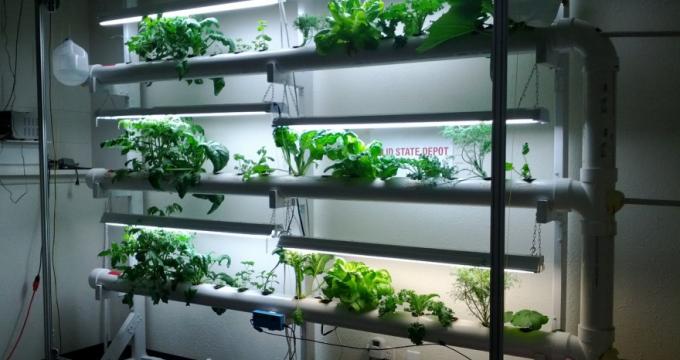 NASA’s yearly X-Hab competition invites university teams to design deep space habitats and concepts that could someday be used by real astronauts. The designs often focus on space-worthy structural scaffolds, detailing vertical or horizontal building layouts that could survive the harsh environment on Mars or the moon. This year’s contest includes a robotic garden, too.

The completed project will be able to grow, harvest and compost a variety of plants which astronauts can cultivate for food. The plants would also purify water and provide oxygen. It will give isolated, lonely space travelers something to do, as well as something to take care of — the responsibility can be a psychological boost, according to the CU students. Choosing which tasks to automate and which to do manually, like picking the fruit, are part of the project, according to aerospace engineering sciences graduate student Christine Fanchiang, who is co-leading the Colorado team’s effort.

The team already has a working aeroponic prototype, which they plan to build upon with their $40,000 X-Hab grant during the next year. The system will eventually be able to plant seeds, monitor plant growth, harvest the plants and even process crop waste, recycling nutrients back into the system.

This year’s five teams, announced in late May, also include California State Polytechnic University and Oklahoma State University, whose teams will work on vertical and horizontal habitat layout designs; Texas A&M University, which will work on a wireless “Smart Plug” for DC power supply; and the University of Alabama-Huntsville, whose team is designing a microgravity storage system.