Space elevators have been our shared dream for years, but like other promising technologies of the future, they’re just concepts... 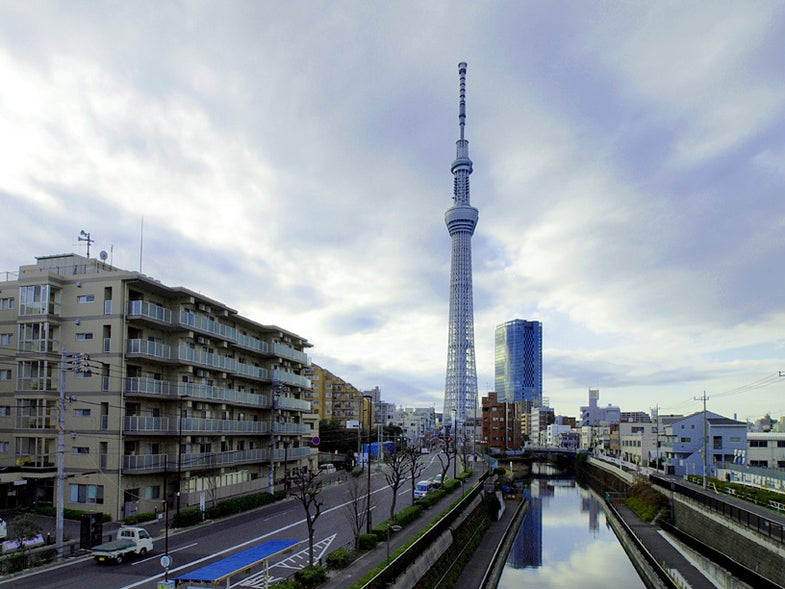 Space elevators have been our shared dream for years, but like other promising technologies of the future, they’re just concepts on a distant horizon. Now a Japanese construction firm that specializes in the very tall could make them a reality. By 2050, so still pretty far on that horizon, but hey, it’s a start.

Obayashi Corp., which is almost done building the giant structure above, the Tokyo Sky Tree, wants to build a space elevator that would reach 22,370 miles (36,000 km) above the Earth — that’s above the altitude where geosynchronous satellites orbit. It would take a week to ride up the elevator, traveling on some type of vessel tethered to carbon nanotube cables.

In Obayashi’s plan, a carbon nanotube cable would stretch one-quarter of the way from the Earth to the moon, about 60,000 miles (96,000 km) and attach to some type of spaceborne counterweight. The other end of the tether would be anchored at an Earth-based spaceport, as reported by the Japanese newspaper Yomiuri Shimbun.

The elevator car could carry up to 30 people and would travel at 125 MPH for a week. Tourists could stay at the waystation at 22,370 miles up, and scientists and researchers could go all the way to the end of the tether. There are unfortunately no leads on cost, where to build it or who would finance the project, however.

AFP reports that the company was inspired by its work on the Sky Tree, a 2,080-foot tower that will contain telecommunications antennas and a visitor’s deck offering panoramic views of the capital. “Our experts on construction, climate, wind patterns, design, they say it’s possible,” spokeswoman Satomi Katsuyama told AFP. In 40 years, maybe so.