Space shuttle Atlantis, which only five months ago flew the final mission of NASA’s 30-year shuttle program, is now being... 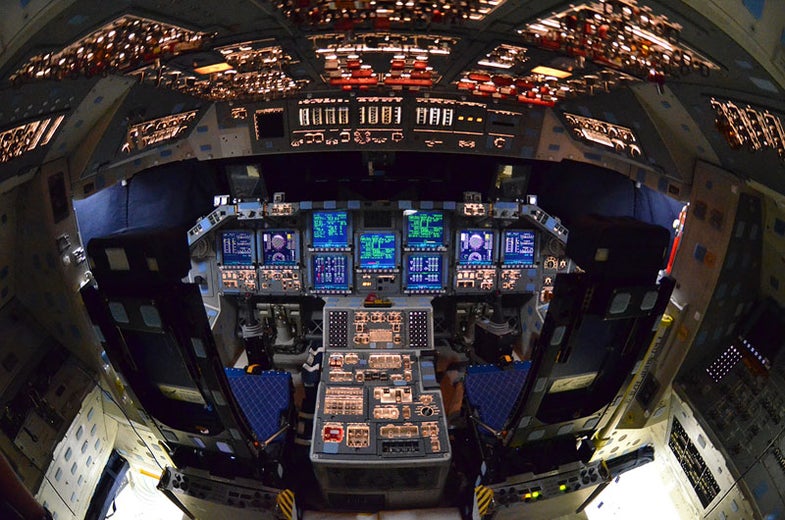 Space shuttle Atlantis, which only five months ago flew the final mission of NASA’s 30-year shuttle program, is now being prepared for its public display at the Kennedy Space Center Visitor Complex in Florida. That means, sadly, that Atlantis is scheduled to be powered down for the very last time this week. Its insides are being shamelessly pulled out to ensure it’s safe for exhibit–it’s important to lighten the shuttle’s weight, since it’ll be displayed on a steep angle at Kennedy.

collectSPACE.com had the rare opportunity recently to tour Atlantis and photograph its preparation for display. This is one of the last times anyone will be able to capture Atlantis’s glass cockpit all lit up like this–and you’re privy to the pictures.

The following photo gallery starts on Atlantis’ flight deck, and then proceeds to its now mostly empty middeck, out into and above the 60-foot payload bay, and then around and under the winged spacecraft.

These photographs were taken inside Orbiter Processing Facility-2 (OPF-2) at the Kennedy Space Center, where access platforms envelop Atlantis.

This post was syndicated from collectSPACE, the leading news source and online community for space history enthusiasts. The full post can be read here, with even more photos. 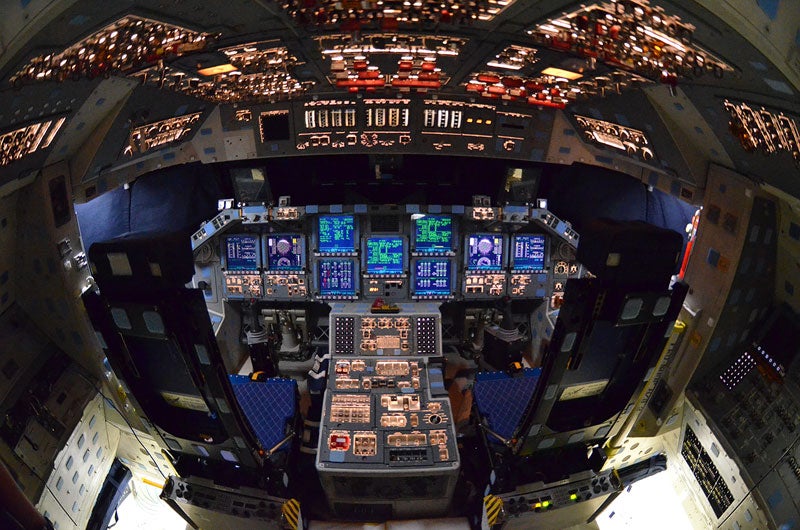 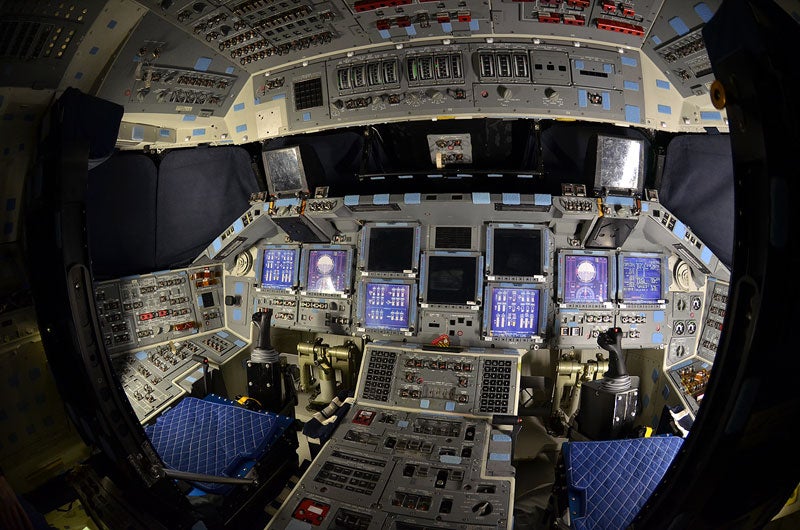 Commander’s (left) and pilot’s (right) seats aboard Atlantis’ flight deck. In this and the following photographs, the forward windows have been covered and when not powered, some of the cockpit displays are protected by screen covers that replicate the data they show when lit. 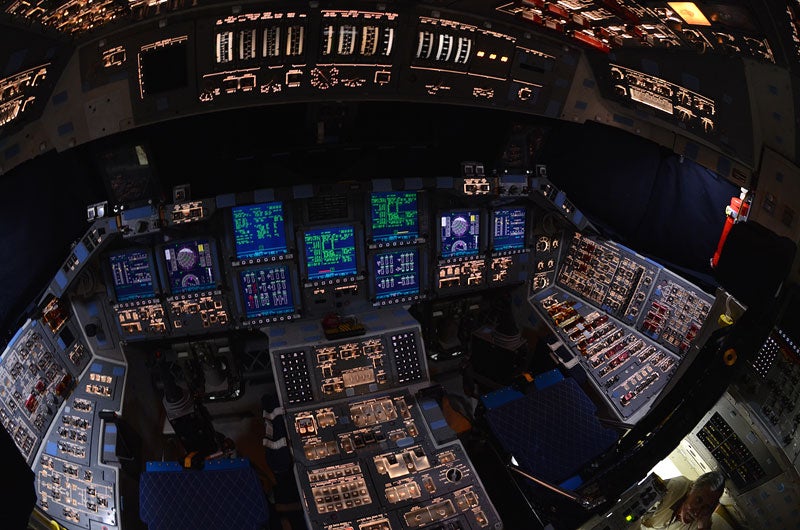 The cockpit lit–brings to mind the lights of a city at night more than anything else. 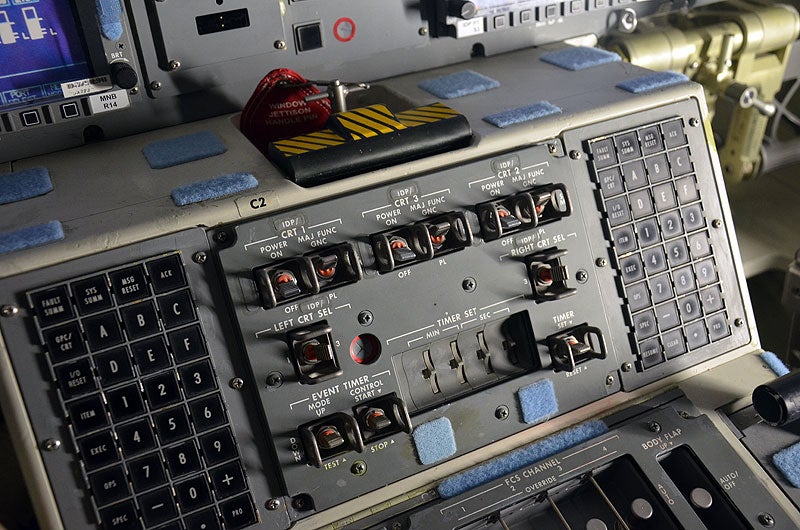 Some of the instrument panels aren’t, shall we say, completely modern. We wonder if this retro goodness could all be replaced with an iPod Touch. 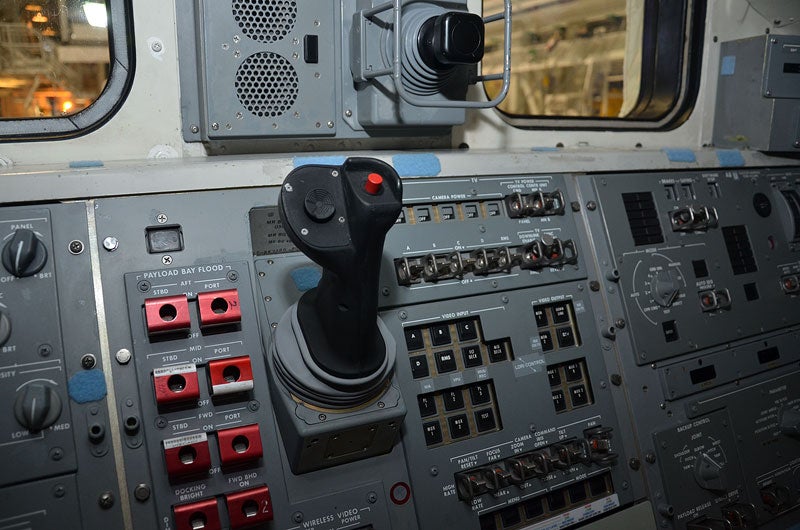 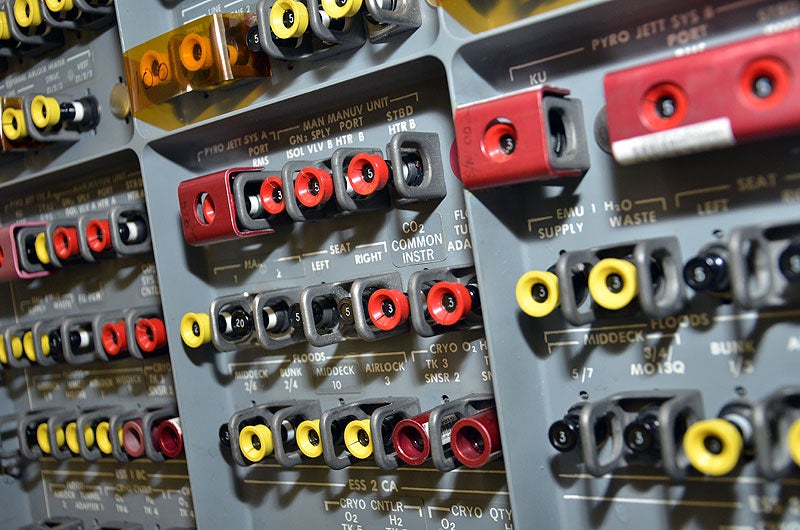 We kinda just want to run around and push all these buttons. 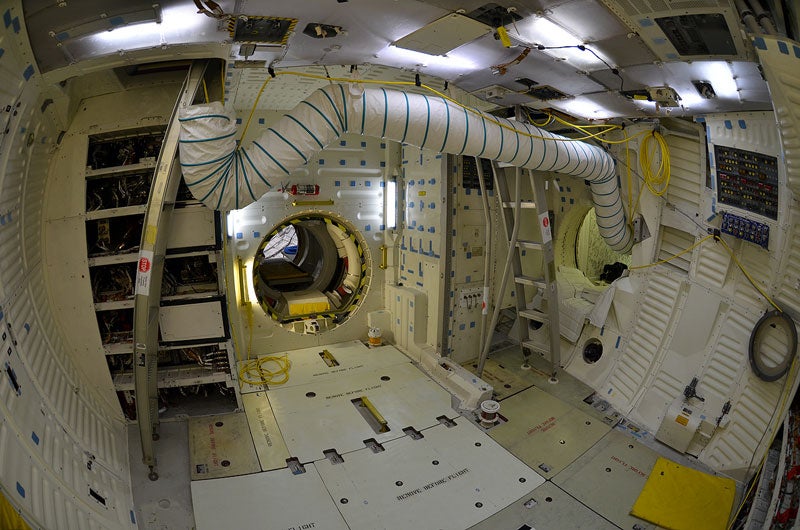 Atlantis’ middeck, as viewed from the opposite perspective as the earlier photo. Here, the crew access hatchway is seen to right, and the airlock hatchway is center. The waste collection system (toilet) compartment, now empty, is behind the ladder to the right. 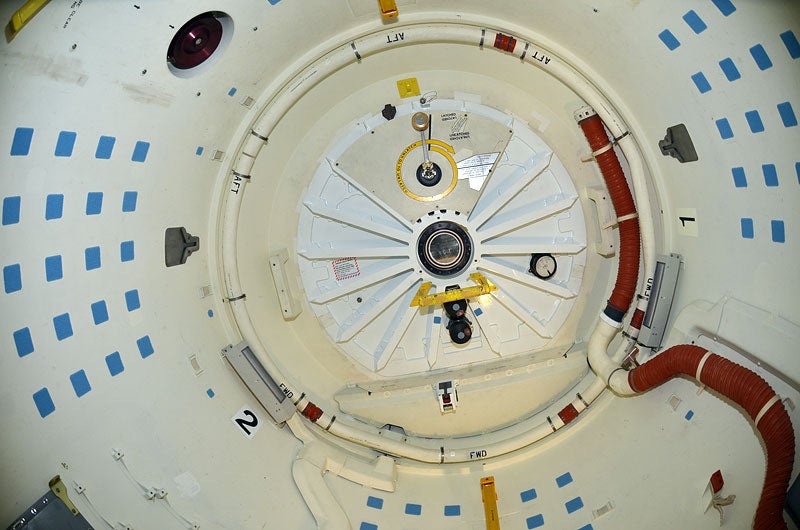 The closed hatchway inside the airlock that led to the docking adapter used to enter the International Space Station (ISS). 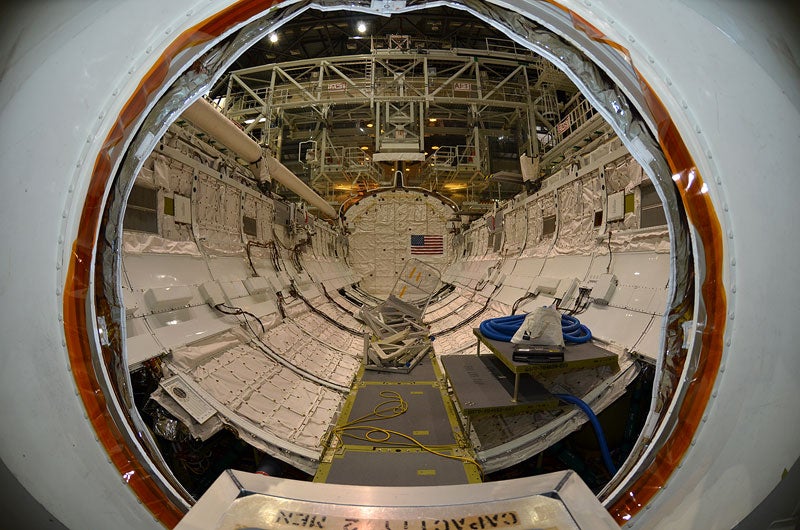 The view through the open airlock hatchway out into Atlantis’ 60-foot-long payload bay. Seen mounted to the left sill of the cargo hold, the orbiter boom extension system, which was used in tandem with the robotic arm to inspect Atlantis’ heat shield. The Canadarm robotic arm was removed from the left sill the day before these photos were taken to be shipped to Johnson Space Center in Houston for possible future use in space. 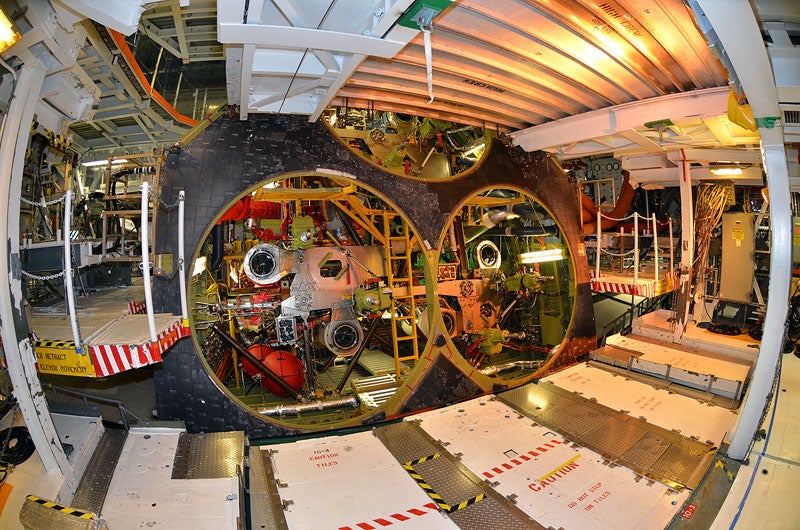 The circular openings for Atlantis’ three main engines. The engines will not be reinstalled as they are being retained by NASA for future re-use with the heavy-lift Space Launch System. Instead, replica engines comprised mostly of spent nozzles will be installed in the complete engines’ place.
International Space Station
Space
Photography