A storm system brewing in the Rockies today might trigger an outbreak of deadly tornadoes in the nation’s midsection on... 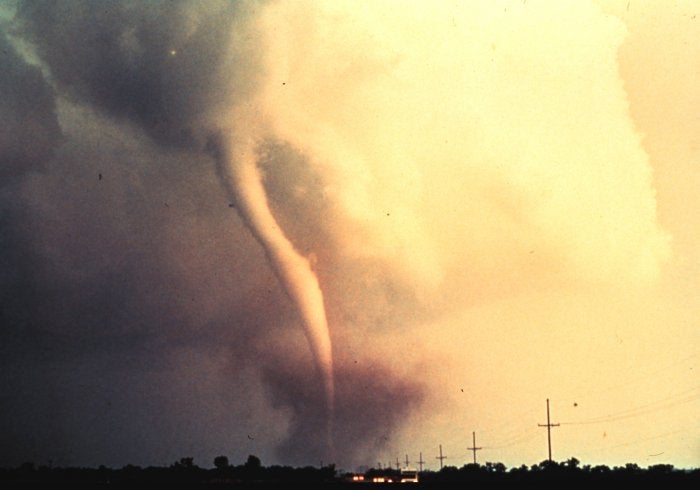 A storm system brewing in the Rockies today might trigger an outbreak of deadly tornadoes in the nation’s midsection on Friday, according to meteorologists. In case you missed it, read PopSci senior editor Seth Fletcher’s piece about how tornadoes form — and how climate change may be making them worse.

The midwest already suffered plenty of severe weather this week, with 30 tornado reports and 12 deaths Tuesday night and into Wednesday. Is 2012 shaping up to be another 2011?

Last year was a banner year for tornadoes, with a deadly spate of twisters leveling homes and businesses throughout the midwest and south in the early part of the year. And, of course, the city of Joplin, Missouri. Fletcher recounted the damage to his hometown in our January issue, in which he also ponders whether global warming may have contributed to that tornado’s incredible power. Check it out for a thorough description of how tornadoes form, and how a warming atmosphere may be making them worse. Meanwhile, fellow midwesterners, heed those tornado sirens.