Earth’s Clouds Are Getting Lower, Which Could Be a Good Thing

The future is cloudy 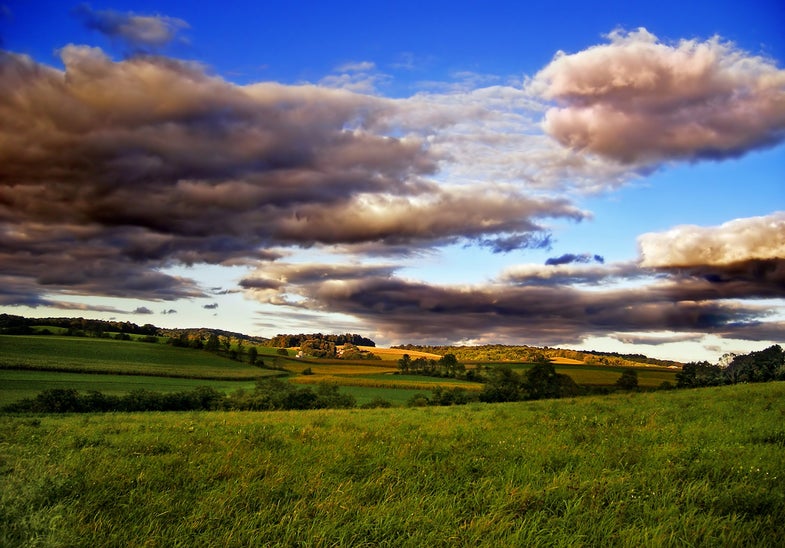 Earth’s clouds are sinking lower in the sky, with fewer clouds at high altitudes and lower cloudtops in general, says a new analysis of satellite data. The coming fog means that Earth will cool down more efficiently — so the lowering of clouds could slow the effects of global warming.

This potential negative feedback loop is evident in about 10 years of satellite data, so not much at all in the grand scheme of climate research. But it’s a hint that something interesting is happening, according to Roger Davies, the lead researcher on a new paper based on findings from NASA’s Terra spacecraft.

Several NASA assets look at clouds in a variety of ways, measuring their size, structure, formation, altitude and other vitals. The data is important for weather forecasting as well as long-term climate forecasting. Among other instruments, the Terra satellite contains nine cameras at different angles that produce 3-D images of clouds around the world. The satellite launched in 1999 and the new study examined its first decade of data.

The data show that global average cloud height declined by roughly one percent over the decade, decreasing by around 100 to 130 feet. This was mostly the result of fewer clouds forming at the highest altitudes, according to a NASA release. Scientists are not sure why this happened, but it might be due to a change in atmospheric circulation patterns at high altitudes, Davies said. But they do know what it could mean: A drop in cloud height would allow more heat to escape the Earth into space, reducing the overall temperature of the planet. So differences in cloud formation, wrought by a warming climate, could help counteract the effects of that warming.

For all their impact on our weather and our moods, clouds are one of the most poorly understood variables in climate change models. Terra and other cloud-watchers, notably CloudSat, aim to improve cloud representation in those models. Terra is scheduled to keep gathering this type of data for another decade, so maybe by 2020 we’ll know what the clouds are up to.