Approved for Use: the First Birth Control for Wildlife 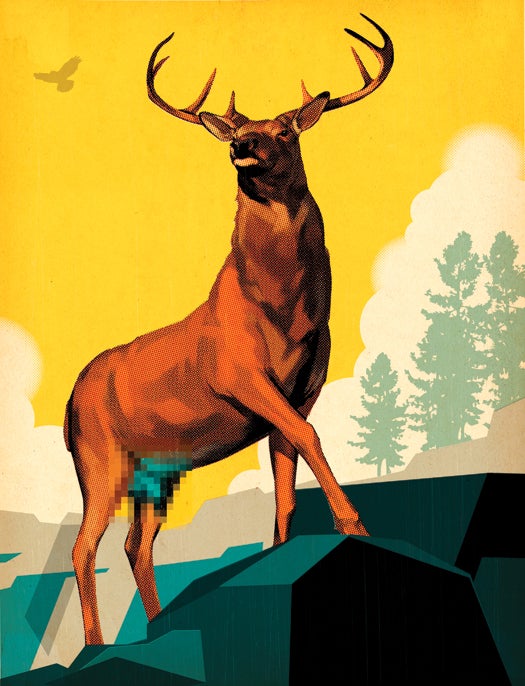 In the 1970s, scientists began testing birth-control vaccines, but it wasn't until 2009 that an effective vaccine came to market. Tavis Coburn
SHARE

In 1989, researchers at the University of California at Davis invented PZP, the first birth-control vaccine for animals other than humans. When injected, PZP causes a female’s immune system to block sperm from her eggs, offering a humane method of keeping populations in check. The compound worked in elephants, donkeys and deer, but it had a troubling side effect: the animals stayed in heat longer than normal. In one trial, deer were fertile for six months instead of one.

An amorous deer is a dangerous deer. While pursued by stags, females often crash into backyards and run into traffic (deer cause about 1.5 million car crashes each year). Insurance claims for deer collisions are three times higher in November, when the animals are usually in heat. Finally, after three decades, a new form of animal birth control has appeared, this time without side effects.

The GonaCon vaccine for whitetailed deer is the first contraceptive approved by the Environmental Protection Agency for use in the wild. After a ranger traps a female, he gives the deer an injection, rendering four out of five females infertile, and thus unattractive to males, for up to five years. When injected, the vaccine, which was developed at the National Wildlife Research Center in Colorado, makes the immune system produce antibodies that bind to gonadatropin-releasing hormones, which inhibits the release of sex pheromones. This May, Maryland became the first state to add GonaCon to its list of approved deer-control devices, alongside bullets.

But trapping animals to administer vaccine injections requires a lot of labor. And in some cases, it’s very dangerous. Take, for example, the four million tusked, up to 400-pound feral hogs that cause more than $400 million in damage to the Texas economy every year by digging up sweet potato fields and rooting where they don’t belong. Feral pigs are intellegent, elusive, and sometimes violent. Duane Kraemer, a professor of veterinary medicine at Texas A&M university, is working on a pig contraceptive delivered out of a feeder. The feeder uses cameras and facial-recognition software to give a dose to pigs and not, say, raccoons. Kraemer says that he hopes to field-test his feeder this fall.