Super-Dense Forms of Carbon Could Out-Sparkle the Shiniest Diamond

Girls might just have a new best friend. Diamonds are commonly known as one of the hardest (and shiniest) rocks... 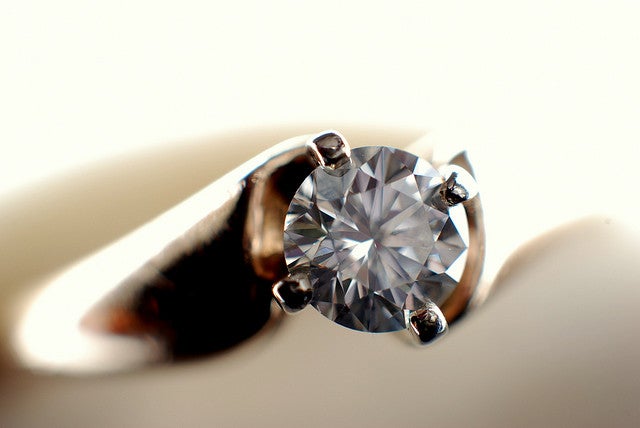 Girls might just have a new best friend. Diamonds are commonly known as one of the hardest (and shiniest) rocks on the planet, but new simulations show that three other stable forms of pure carbon would sparkle even more than diamonds. If we knew how to synthesize them, that is.

Right now, these three configurations of carbon–named hP3, tI12 and tP12–exist only in computer simulations. But these simulations show that they are stable enough to shine in actuality if researchers could just figure out exactly how to make them. None would be quite as hard as a diamond, but they would be between 1.1 and 3.2 percent more dense. That translates into a higher refractive index, and thus a shinier shine and a sparklier sparkle.

But the interesting properties of these three materials aren’t confined to the display case at Tiffany’s. The sims also indicate that all three of them possess band gaps, the necessary energy for electrons to jump from one energy level to the next. That’s key for superconductivity, and could mean that one of the three (or all of them) might possibly be used to create superconductors that move electricity with nearly zero resistance.

Such properties also make the materials good candidates for other electronic materials. But first we have to make them, and that could be the difficult part. The simulations show no clear path to their manufacture, though with the right mix of temperature and pressure it might be possible to convert other carbon allotropes like graphite or amorphous carbon into one of these novel materials. Which means one of them may someday become one of the craziest diamonds to ever shine on.