Rainforest Expedition Turns Up 46 New Creatures, Including This Cowboy Frog

Scientists trekking through the Suriname rainforest, one of the last road-free wilderness areas in the world, turned up a host... 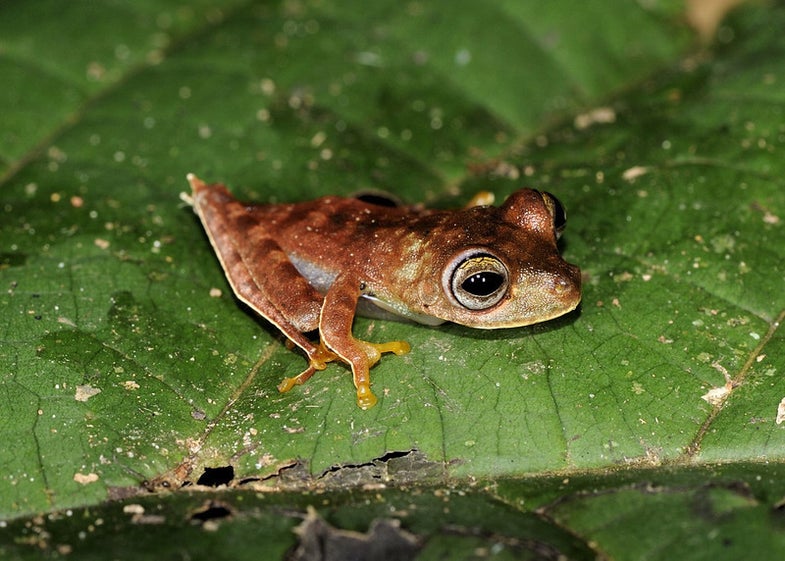 Scientists trekking through the Suriname rainforest, one of the last road-free wilderness areas in the world, turned up a host of animals that conservation biologists believe are new to science. This little guy was just one of them.

This khaki-colored frog has white fringes on its legs and a spur on the heel, earning it the nickname “cowboy frog.” It looks pretty similar to another tree frog, the “convict tree frog,” but it doesn’t have the convict’s black and white stripes. Scientists from Conservation International discovered the cowboy frog on a small branch during a night survey in a swampy area of the Koetari River.

A new type of spiny catfish, henceforth known as the “armored catfish,” was about to be eaten as a snack until one of the scientists noted its unusual appearance. The local guide who was about to chow down was instead told to preserve the fish as a specimen. The team found a couple other types of catfish, too.

The team also found a new species of katydid, which they nicknamed the “Crayola katydid” for its bright colors. They are the only katydids known to employ chemical defenses, according to Conservation International. There’s a shiny water beetle and some damselfies to round out the list. 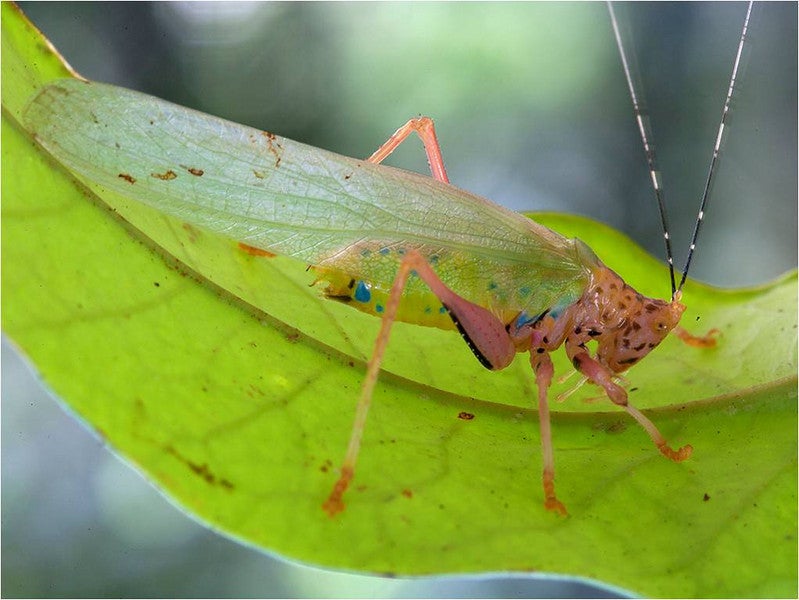 Katydids in the same genus as this one are the only katydids known to employ chemical defenses, which are effective at repelling bird and mammalian predators.