Quantum Entanglement Means Computers Could Cool Themselves By Deleting Information

But don't wipe your hard drives just yet 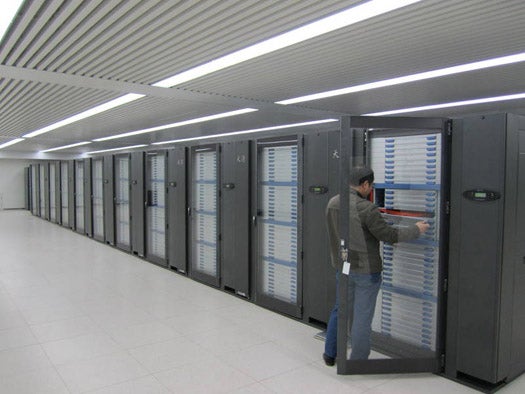 It’s common empirical knowledge that computing generates heat–go ahead, touch the bottom of your MacBook–but a new paper in the journal Nature claims that it doesn’t have to. In fact, under the right conditions, theoretical physicists say that deleting data can actually produce negative heat–that is, it can have a cooling effect. That’s right, this is a quantum mechanics post. Exit now if you don’t want a headache to start the weekend.

The phenomenon here has to do with basic rules about knowledge and the lack of knowledge, and it is rooted firmly in the definition of entropy and how information theory, thermodynamics, and quantum theory define it differently (and also in the same way). But the idea is thus: If it were technologically possible (and it should be, perhaps someday) to quantum-mechanically entangle the bits to be deleted with an observer, the observer could actually withdraw heat from the system while deleting the bits.

An object doesn’t really possess entropy, but rather its entropy is dependent on the observer. So the idea is that if there are two observers deleting data from a memory, and one observer has more knowledge of the data, that observer will perceive the memory has lower entropy, and thus can delete it with less energy expenditure.

Now, enter quantum mechanics. In quantum theory, when calculated from the information theory standpoint entropy can actually be negative. So here’s the magic idea: quantum correlations (like entanglement) are stronger than classical correlations. So if an observer has perfect classical knowledge of a memory, then he or she would perceive its entropy as zero. And if the two were quantum-mechanically entangled, the entropy would be perceived as even less–less than zero, or negative entropy.

Right? It’s a stretch for the brain but it makes sense conceptually. In the future, such mind-bending could in theory lead to supercomputers with capacities that are not restrained by heat as they are today, allowing them to reach full potential while cooling themselves as they compute. We’re a long way from that, but considering the rapid pace at which researchers are learning to manipulate entangled systems, it’s certainly not out of the question.