A private company aims to send a robotic lander and rover to the lunar surface as soon as December of... 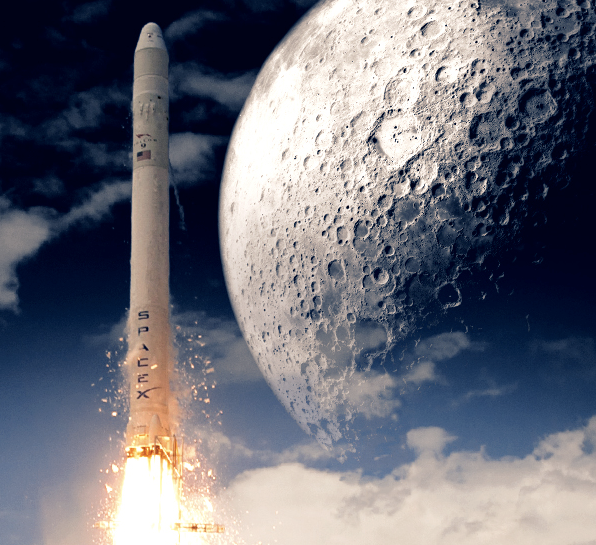 A private company aims to send a robotic lander and rover to the lunar surface as soon as December of next year on a Falcon 9 rocket.

The rover will explore the moon for three months, operating continuously during the day and hibernating at night.

Astrobotic is one of 21 teams competing for the $30 million Google Lunar X Prize. A $20 million prize goes to the first team to land a rover on the moon by Dec. 31, 2015, drive it one-third of a mile and transmit HD video and images. Other funds are available for other lunar landing feats, like driving three miles or finding water. Astrobotic’s payload will search for water and the rover will narrate its adventure while streaming 3-D video of its trip, according to the company.

Terms of the launch contract were not disclosed, but SpaceX’s website says a trip on a Falcon 9 starts at $49.9 million and goes up to $56 million, depending on payload weight. The X Prize website notes that SpaceX has offered all contest participants a discount. Astrobotic is the first to secure a spot, a major advantage over the other competitors — Falcon 9s already have a crowded launch manifest.

The rocket, which has made two successful test flights, is the same one NASA is buying to launch cargo to the International Space Station after the space shuttles retire this summer. And last summer, Iridium Communications announced that starting in 2015, it would use Falcon 9 rockets to launch its next-generation communications satellites.

The rocket won’t need any modifications to reach the moon, according to Discovery News, which quotes an email from SpaceX founder Elon Musk. It is already capable of sending a payload like the Spirit and Opportunity rovers as far as Mars, he said.

Astrobotic’s payload doesn’t weigh very much, so there’s extra room on the Falcon 9 for another 240 pounds of cargo. The company is selling the room for $700,000 per pound, plus a $250,000-per-payoad fee for integration, communications and other support services, Discovery News says.