A New Fleet Of Robot Asteroid Prospectors Will Launch By 2015

The fleet will later 3-D print parts in space. 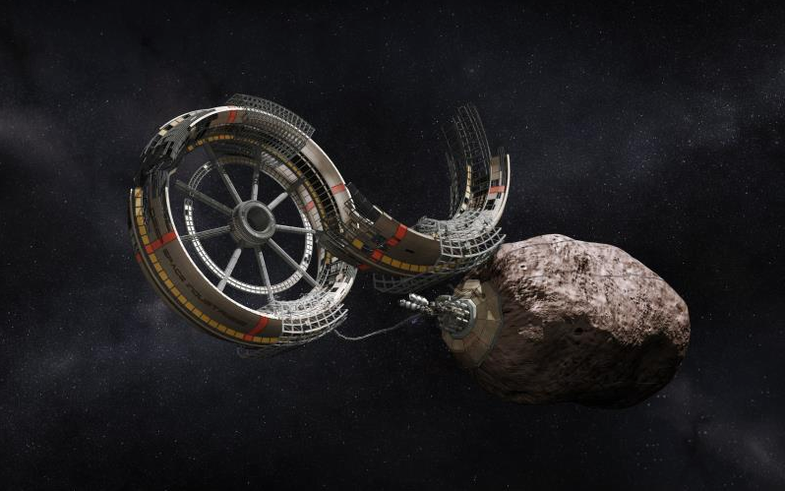 Another new asteroid mining venture plans to send fleets of small spacecraft to rendezvous with space rocks, aiming to harvest their contents. That makes two startups now in the asteroid-rush of the early 21st-century teens. This one also plans to use asteroid materials right where they’re found, as feedstock for spaceborne 3-D printers.

Deep Space Industries will unveil its plans later today at the Santa Monica Museum of Flying, but here’s a sneak peek.

Eventually, the goal is to feed the company’s “MicroGravity Foundry,” a new type of 3-D printer that uses nickel-charged gas to print with metal in space. The company claims the metal components would be stronger than those made with traditional sintering methods, which would use low-melting point metals. Ultimately, the foundry would supply a deep-space factory making a wide range of parts, according to the company. It could print new parts for Mars missions, components for new outposts that would replace communications satellites, and even space stations that can beam power back to Earth. Like other asteroid-mining hopefuls, the company says asteroids could also become fuel sources for satellites.

“They can be like the Iron Range of Minnesota was for the Detroit car industry last century–a key resource located near where it was needed,” said CEO David Gump, previously of Astrobotic, a competitor for the Google Lunar X Prize. “In this case, metals and fuel from asteroids can expand the in-space industries of this century.”

Competing asteroid mining venture Planetary Resources aims to use robotic spacecraft to exploit near-Earth objects. The company plans to harvest asteroid ice for rocket fuel, and for platinum-group metals like palladium, iridium and platinum itself. In announcing its foundry plans, Deep Space seemed to scoff at rare-metals as an ultimate goal: “Mining asteroids for rare metals alone isn’t economical, but makes senses if you already are processing them for volatiles and bulk metals for in-space uses,” said Mark Sonter, a member of the DSI board of directors.

The company’s leadership has some space credentials–chairman Rick Tumlinson signed up the world’s first space tourist, Dennis Tito, and is a founding trustee of the X Prize. But there’s one major difference between DSI and Planetary Resources, and that’s funding. PRI’s high-profile backers include Eric Schmidt and Larry Page from Google, filmmaker James Cameron, Ross Perot Jr. (son of the former presidential candidate), space tourism pioneer Eric Anderson, and X-Prize founder Peter Diamandis, among others. DSI is looking for sponsors.