Dogs catch yawns from humans, but not if they're too young. To perform this study, scientists cuddled with puppies all day. 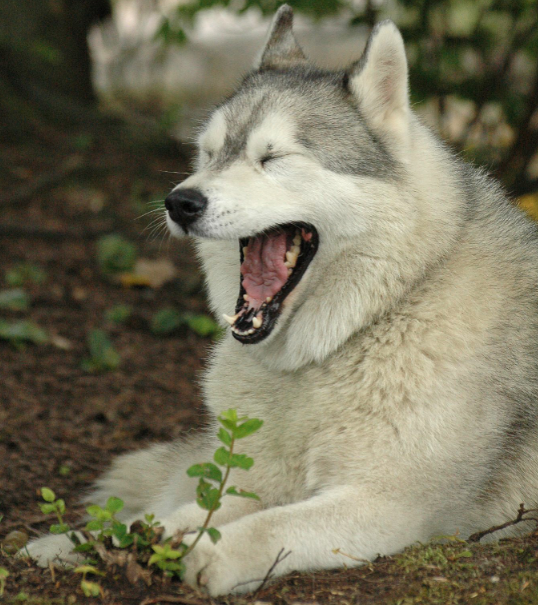 Dogs catch contagious yawns just like people, baboons and chimps, which can be used as a measure of empathy. But this is a behavior they learn after they emerge from youngest puppyhood, a new study says. Like people, young dogs show a developmental trend in their likelihood of catching yawns. This is the first time anyone has studied young-organism yawning in a species other than people.

Anyone who owns a dog knows you can catch a yawn from your pet, and vice versa. My dog, a 5-year-old border collie rescue, has this piercing yawn-peak squeal and head shiver that literally makes it impossible not to catch it. And I have seen her watching me, yawning after I do.

She would have started this after about seven months of age, according to this new study, authored by researchers at Lund University in Sweden. Elainie Alenkær Madsen and Tomas Persson took 35 Danish dogs between four and 14 months old and played and cuddled with them. Then they either yawned at the dogs’ faces or gaped, mimicking a yawn. They wrote down what the dogs did in response, and found that puppies younger than seven months of age didn’t really do anything.

About half of the dogs that did yawn got tired, the researchers say. Some of them got so sleepy that the experimenter had to prevent them from falling asleep.

This fits with the development track of humans, the researchers say. Kids start to demonstrate contagious yawns–demonstrating empathy–around four years old, when they develop cognitive abilities like identifying others’ emotional states.

The researchers say the puppy yawns reflect a general developmental pattern common to humans and other animals. Affective empathy is something that develops slowly in very early youth, they say. The study appears in Animal Cognition.