Guess the species (either common or Linnaean) by tweeting at us--we're @PopSci--and get your name listed right here! Plus eternal glory, obviously. Update: We've got a winner! 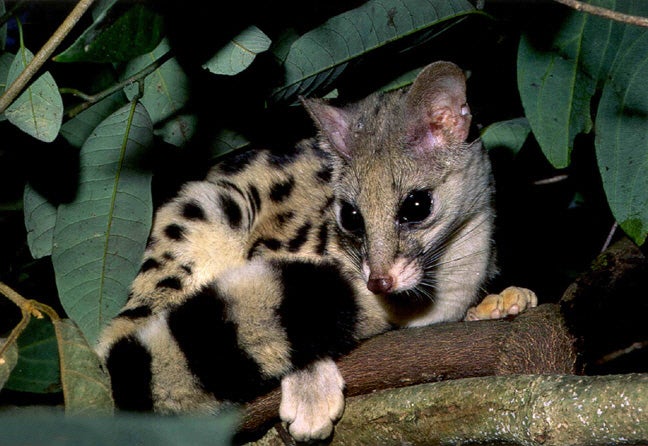 @PopSci is the #mysteryanimal a baboon?

Update: And the winner is…@lmikinberg, who correctly guessed that this is a spotted linsang. The linsangs are southeast Asian viverrids–they’re related to the civets and genets, but not to cats. They did, however, evolve in similar ways, so they often look distinctly cat-like. Look at the paws on the guy above!