Guess the species (either common or Linnaean) by tweeting at us--we're @PopSci--and get your name listed right here! Plus eternal glory, obviously. UPDATE: We have a winner! 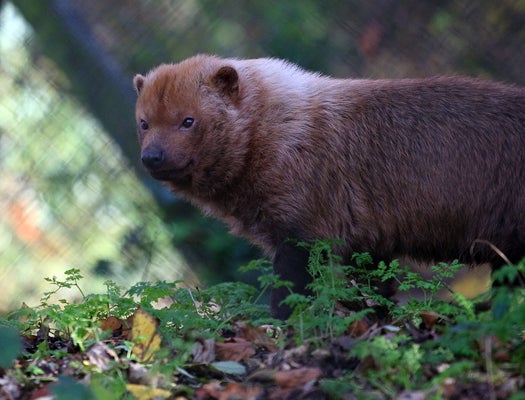 Update: The winner is…@PSoum, who correctly identified this animal as a bush dog! The bush dog is native to Central and South America, though it’s primarily found in Brazil, where it’s known, oddly, as cachorro-vinagre, or “vinegar dog.” It’s a basal species of canid, quite primitive–it was originally found in the fossil record and thought to be extinct–and becoming more and more rare. Its closest relative is the awkward-looking maned wolf.