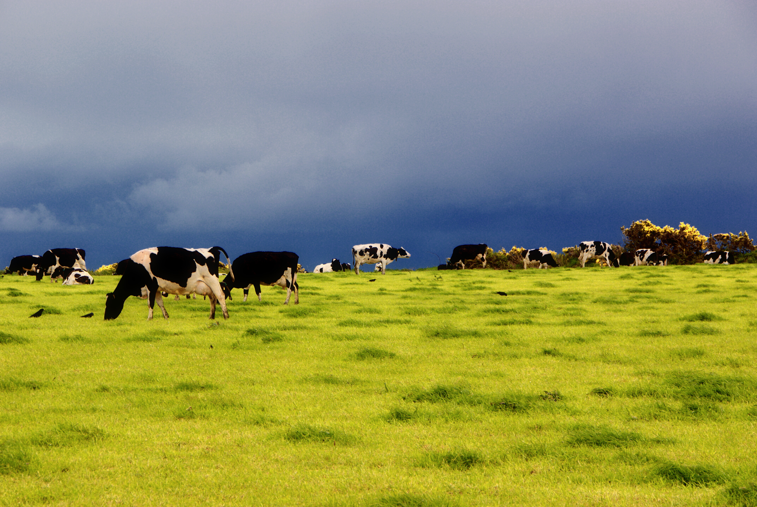 Cow genes could be modified to prevent the animals from producing proteins that cause allergic reactions, according to a new study. Scientists in New Zealand engineered a dairy cow to lack the milk protein beta-lactoglobulin, while other milk proteins were dramatically increased.

The team used RNA interference to inhibit the expression of certain genes that code for the production of BLG, which causes allergic reactions in people and isn’t found in human milk. They tested it on mice first, and then engineered a cow egg cell’s nucleus to express the same micro RNAs that shut down BLG. This engineered ovum was fertilized and implanted into a surrogate mother.

The team started with 57 embryos and ultimately got one healthy calf, but unexpectedly, it was born with no tail. The researchers believe this mutation is unrelated to the transgenic change, but they still need to figure out exactly what caused it.

Finally, the team gave the calf hormones to make it produce milk early, and they found the milk contained no BLG. The work shows that RNA interference could be an effective way to modify livestock to have desirable traits, the researchers say. Meanwhile, the researchers are waiting until the calf gets a little older to study the mystery of its missing tail. Their paper is published in the Proceedings of the National Academy of Sciences.