Facebook Made Detailed Maps Of 20 Countries For Its Internet Drones 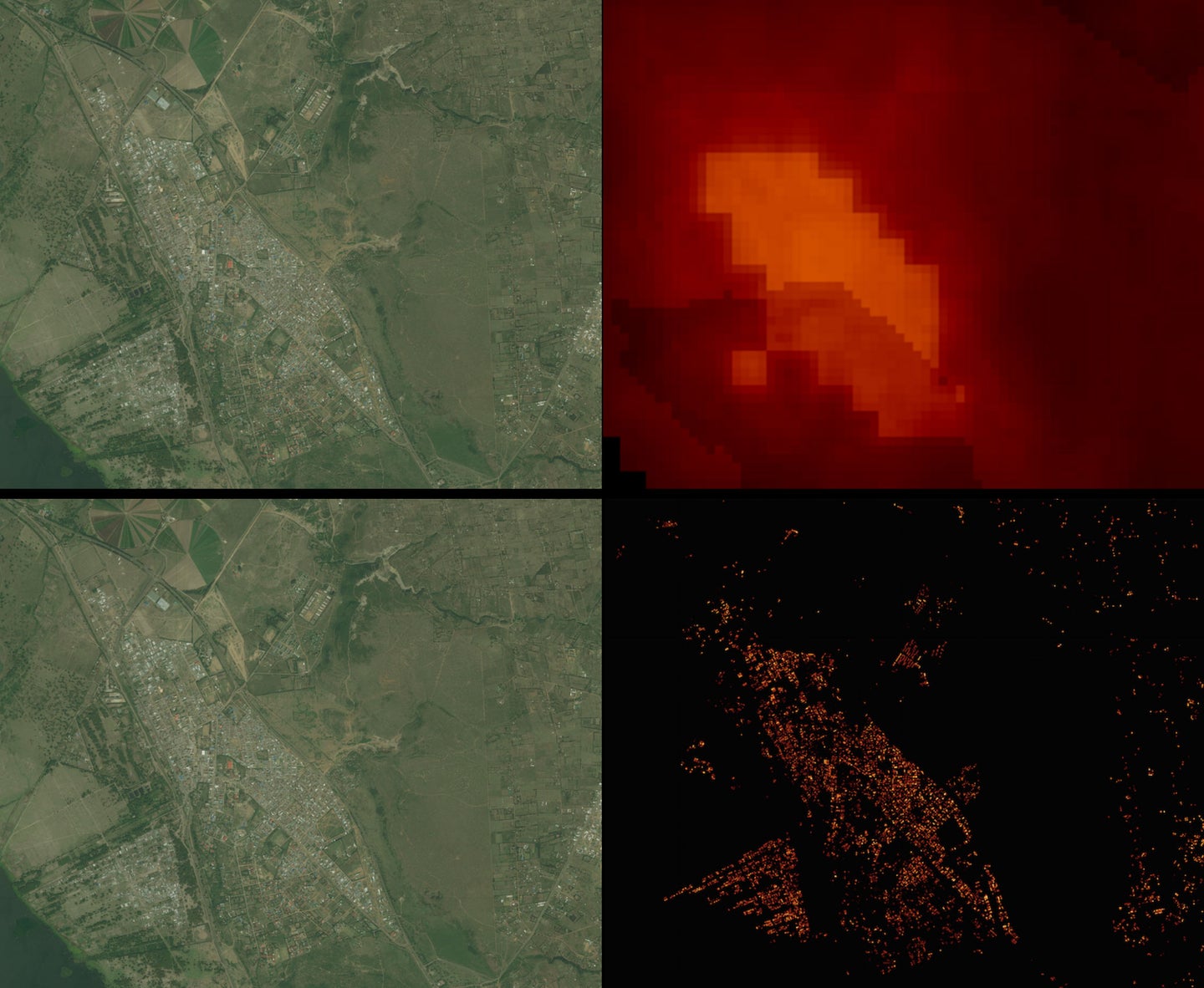 Maps are quickly becoming the currency of self-driving vehicles, as recent acquisitions by automakers have shown — and now that’s true not just for cars.

Facebook’s Connectivity Lab announced today it has generated high-resolution population maps of 20 countries, accurate down to 5 meters (about 15 feet). These maps will guide Facebook’s still-in-development drones as they circle populations of people in remote areas and beam down wireless internet, according to Yael Maguire, head of the Connectivity Lab.

The Connectivity Lab’s maps were obtained from the World Bank and Columbia University, and totaled 350 terabytes for 14.6 billion images. To figure out where people were living, the lab employed Facebook’s artificial intelligence algorithm that’s used to identify objects. They pointed the algorithm towards recognizing structures that indicated humans, like roads and homes.

To train the algorithm, the team pre-labeled 8000 images of one country with information about whether a building was in the image or not. They then showed this to the algorithm, which was able to use that information learn “where” and “what” buildings were valid. This training method worked with only “slightly reduced” efficiency across the other 19 countries, according to a Facebook Connectivity lab blog post.

To think about how precise these maps need to be, its easiest to think about the range of a typical Wi-Fi network. Maguire says that if two locations are any farther than a typical router can reach, they need to be separated on a map. That’s why the 5-meter (15-foot) precision is so important.

The maps can also be used for other purposes, and soon the Connectivity Lab will make them all publicly available. Organizations will be able to analyze where new traditional infrastructure is needed, like which populations lack access to water or electricity.