It wouldn't be election 2016 without #MicrosoftRubioFraud 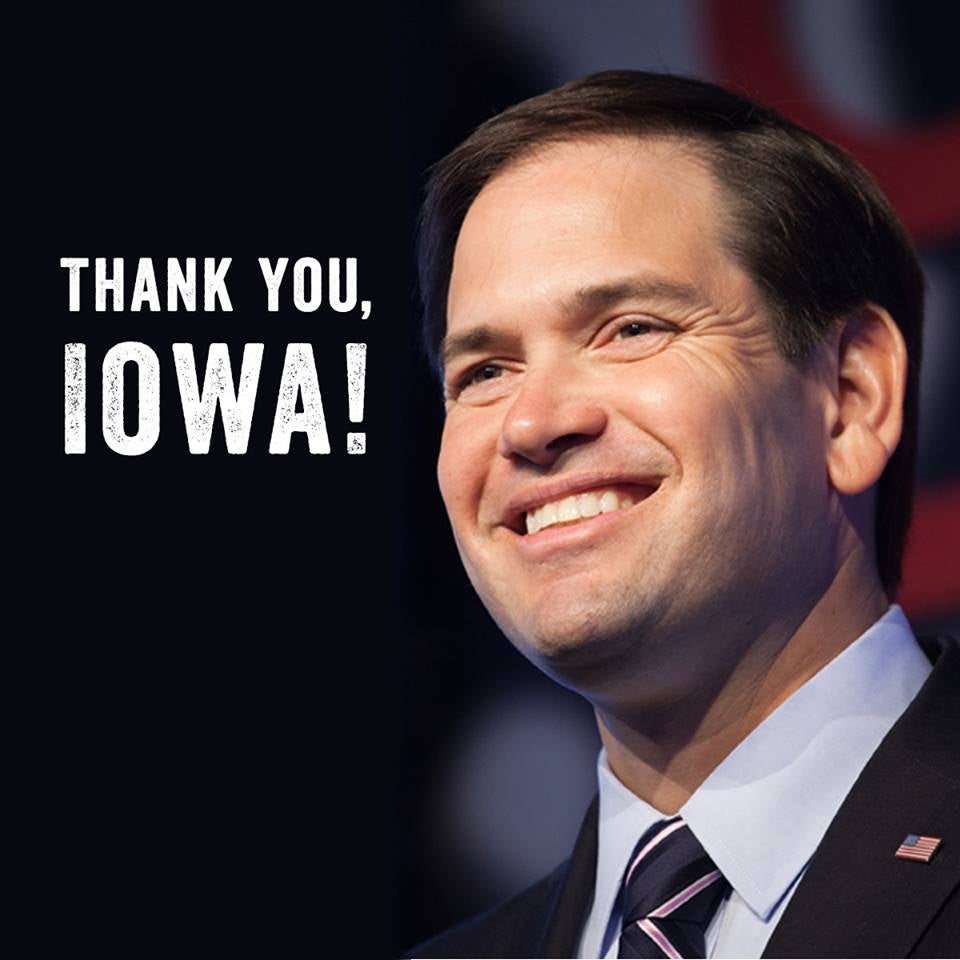 It wouldn’t be election 2016 without at least one bizarre conspiracy theory about cyber fraud. As the first official tallies emerged from the snowy banks of the Iowa caucuses last night, with results showing Republican frontrunner Donald Trump in a clear second place to the suddenly surging Republican Senator Ted Cruz (and only a few points ahead of third place Senator Marco Rubio), some supposed Trump supporters took to Twitter to accuse Microsoft of rigging the caucus against Trump using the hashtag #MicrosoftRubioFraud. A sampling:

Where did they get this idea? Well, according to Fusion, it spawned from the website 8chan, a freewheeling, user-generated image and messaging board in the style of the better-known and controversial 4chan.

The theory stemmed from some of its advocates tying together several observations:

1.) Marco Rubio did well in the Iowa caucuses, coming in a strong third and almost matching Trump’s second place finish, better than some expected.

2.) Microsoft is Rubio’s second-largest source of campaign donations (to the tune of through individual donations and company political action committees, according to OpenSecret, an advocacy group dedicated to illuminating money trails in politics).

3.) Microsoft and another startup called Interknowlogy, designed and hosted the state of Iowa’s caucus reporting apps and cloud platform for both Republican and Democratic parties.

Furthermore, while the Iowa caucus votes were being tallied last night, some users took to Twitter to complain that Microsoft’s apps and election results website were inaccessible, as USA Today reported.

All of these factors led some to tweet, using the hashtag #MicrosoftRubioFraud, and otherwise discuss online the theory that Microsoft somehow altered its election results tallying software to make it appear as the Rubio received more votes than he actually did on the ground, and that Trump received less. Some blogs also parroted this theory, including the conspiracy-minded Infowars.

Case-closed, right? Except for the fact that Microsoft says it didn’t happen. As a Microsoft spokesperson said in a statement to Popular Science and other outlets:

Also, the company doesn’t exactly have a strong motive. Disclosure filings indicate that Microsoft has given almost equally to Republicans and Democrats in the latest election cycle, and previously given much more to Democratic candidates and causes. Also, if the company were really trying to rig the caucus, why didn’t Rubio come in first?

Still, it must pain Senator Marco Rubio to read such accusations about his electoral appeal on Twitter. After all, he’s said before that the social network is among his favorite things in life.