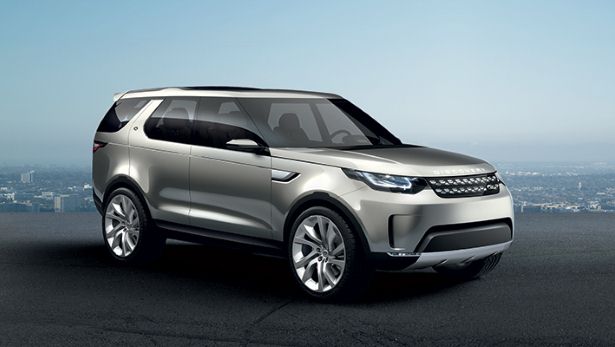 Look closely at Land Rover’s latest SUV concept and you might be able to see something missing: the door handles. The Discovery, you see, has evolved beyond the need for human hands—it will now allow you to enter and exit the vehicle only when its anatomically superior petrol-brain decides it is time.

No, kidding. The doors are gesture-controlled—you open them with a wave of the arm. Although, along with that, Land Rover does have some major plans for a fleet of SUVs all based around the Discovery: gesture-controlled augmented reality windshields, an “invisible” hood drivers can see through—even, one day, eye-tracking controls.

Of course, we haven’t seen any of those features in action yet. The concept you see in the video above is only a baseline for SUVs yet to be released—the first of which, the just-announced Discovery Sport, we don’t have any images of. (Will it have door handles? These are the Big Questions.)

But we want to believe in a future where we can flick our wrists and have a digital sun shade fall over the windshield. At the New York Auto Show, we caught up with David Saddington, studio director of interior design at Land Rover, so he could tell us more about the company’s plans. In the meantime, we have that and some tantalizing digital demonstrations.