The 2022 Super Bowl brings some super deals if you're looking to upgrade your soundbar or television at up to thousands off. 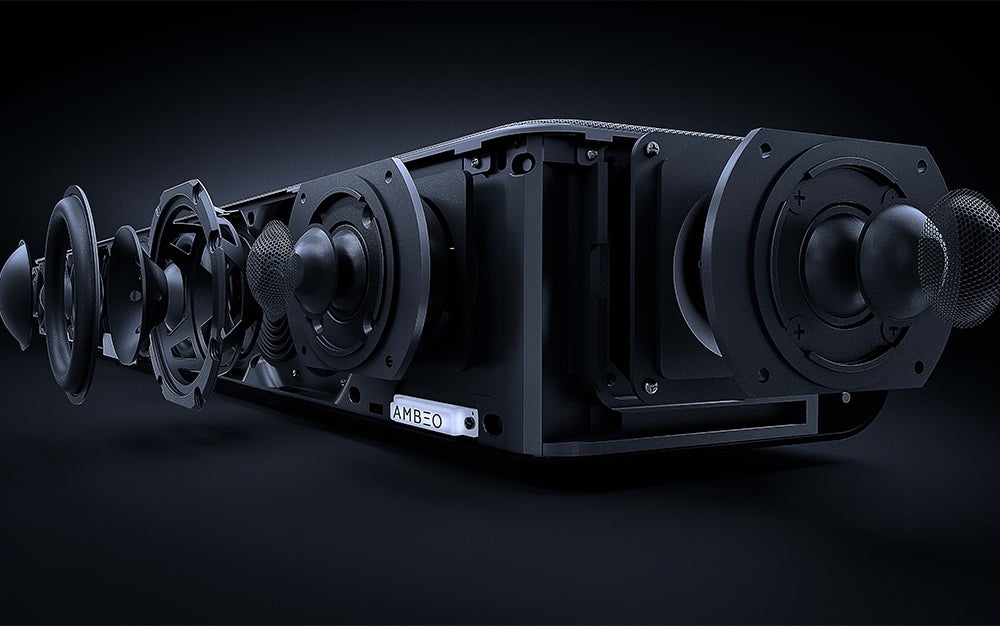 Here at PopSci, we’re fans of the Sennheiser AMBEO 5.1.4 soundbar. It impressed our reviewer, who dubbed it “immersion therapy for your TV speaker blues.” And, with one currently on my media console to evaluate, it impressed me, too. I was surprised by its physical presence and thoroughly shocked by its sonic authority, and I’d recommend purchasing this best-in-class soundbar while it’s on sale for $500 off.

My main space—a long, oddly shaped loft with towering ceilings—is far from ideal so it’s perfect for testing the limitations of virtualization. The AMBEO’s front-, side-, and up-firing speakers (13 total) do an amazing job of reflecting soundtracks (Atmos, DTS:X, or upmixed stereo) off of my architectural torture test, filling the space with kinetic audio without the multidimensional soundstage ever feeling disjointed.

It’s the first soundbar in some time where my partner actually perked up only a few minutes into a Dolby Atmos-encoded film (Baby Driver, if you were wondering) and said, “OK, I can hear the difference.” But, at $2,499 retail, she was equally quick to say it was undeniably indulgent, even if it is meant to replace the snaking wires and perilously perched satellite speakers she dislikes.

While I don’t know if it will be enough to convince her, specifically, the Sennheiser AMBEO is currently on sale for only $1,999 for those who have been wavering on whether to invest in the best all-in-one accessory for movies, music, or a certain trademarked “big game” taking place on February 13. Sitting in front of the AMBEO, you’ll feel like you’re in the middle of a roaring crowd. Oh, and the bass response, with extends down to 30Hz, will let you get even more perverse pleasure from every violent sack of whichever team you want to lose.

Of course, what’s a top-tier soundbar without a top-tier screen? If you’re in the mood to upgrade your home theater centerpiece to accompany that soundbar investment, there are equally amazing deals on Samsung QLED TVs going on. For example, the 75-inch NEO QN85A 4K Smart TV offers Mini LED and AI upscaling technology that brings better black levels and contrast for a more vivid HDR image, plus the 120Hz refresh rate means smooth motion during the game or while gaming. And all this is available for $1,999, which is $1,000 off the usual price. Here are just a few of the other sizes and surprises you can take advantage of as you save between hundreds and thousands during this Super Sunday Sales Event: