Super Bowl, super screens, super discounts. Watch the biggest game of the year on a new TV that offers more entertainment for less. 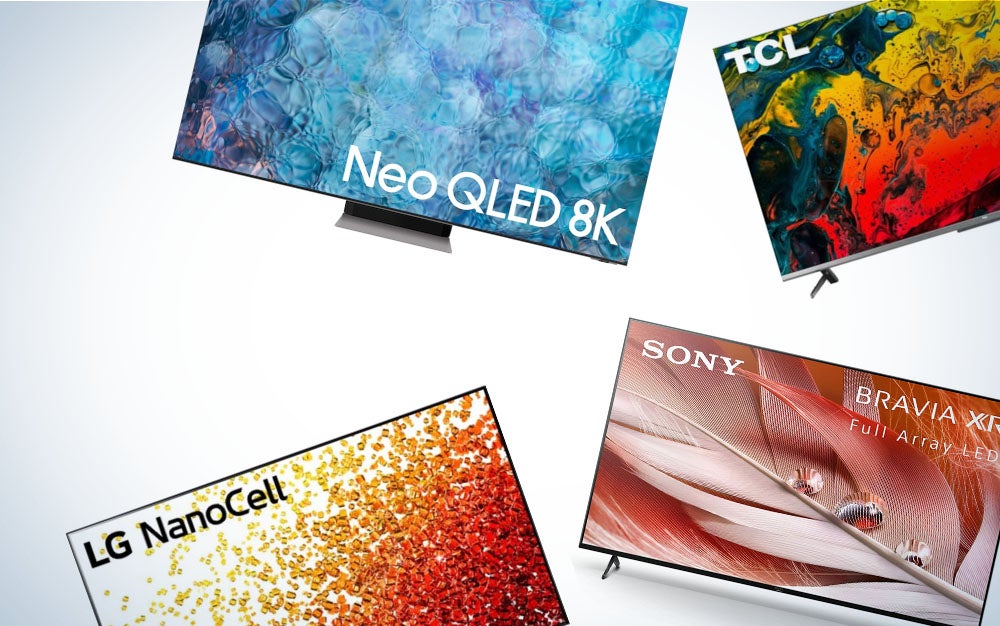 Unless you have tickets to see Super Bowl LVI in person, the best alternative to being in L.A. is watching the biggest game of the year on a brand-new TV. And with impressive discounts across renowned brands and sellers, you won’t need to look far to find a TV that will screen this year’s faceoff between the Cincinnati Bengals and Los Angeles Rams at a much lower price tag. You’ll be hard-pressed to find sales this impressive again until Black Friday—so if you’ve been waiting patiently to make the splurge on an improved entertainment system, now is the time.

We’ve rounded up the best sales to be found for high-flying brands—including Sony, Samsung, LG, TCL, and VIZIO—along with a variety of sizes to suit your setup. Whether you’re in search of a sprawling 75-inch television to broadcast the game to friends and family or a smaller pick for bedroom streaming, we’ve found a markdown for you.

For a limited time, you can score this Sony 4K Ultra HD television for 20-percent off on Amazon, bringing the original retail price of $1,500 down to just $1,200. This Dolby Vision-equipped TV has all the features you need for Super Bowl streaming and beyond, like cognitive processing XR which creates vivid coloration and brightness, full-array LED backlights for improved depth and detail, plus the ability to connect with Alexa, Google Assistant, and Apple AirPlay. With two tweeters on each end of the TV, you’ll find this Sony pick to have an elevated sound profile and an immersive experience. You’ll feel like you’re right beside your favorite players as they compete for the title.

Samsung has a number of incredible deals that will be hard to beat, and this Neo QLED 8K TV is our top contender for having the biggest pre-Super Bowl sale. This showcase TV usually sells for $5,000 but is now available for $3,300, bringing the original price down by $1,700. Along with that significantly slashed price, you’ll have access to all the premium features offered by the Neo QLED, like an AI-based Neo Quantum Processor that optimizes viewing, an edge-to-edge screen, quantum HDR spectrum for life-like colors, 8k resolution, object tracking sound, and anti-reflection tech for minimal glare. From streaming the most-anticipated sports events of the year to gaming, this premium pick makes viewing crystal clear.

Peruse Best Buy for the latest in TV tech at great discounts—like this LG NanoCell 4K TV. Save $600 on this expansive 86-inch screen, slashing the original price of $2,700 down to only $2,100. If you’re in search of a broad new screen that will make your Super Bowl party one for the books, this LG pick is championship-worthy. The full array dimming feature controls the LED backlighting for minimal bleeding, enhanced contrast, and a detailed picture, while the AI processor automatically adjusts settings for a better viewing experience. For fast action gameplay, you can rely on the TruMotion 240 technology to sharpen every movement with up to 240 frames per second, so you don’t miss a single tackle or fumble. And when it comes time for a movie marathon or Netflix binge, the NanoCell is also equipped with cinema HDR including Dolby Vision, Dolby Atmos sound, and FilmMaker Mode for cinematic viewing.

If you’re looking for a bright screen with stunning contrast to display the winning team’s jerseys in real-time, look at the TCL Class 6-Series 65-inch Mini-LED QLED 4K UHD Smart Google TV from Best Buy. Usually retailing for $1,300, you can now score this QLED TV for just $1,000. It’s packed with Quantum Dot technology and Dolby Vision for a rich palette of colors, plus contrast control tech that creates an optimized image. Aside from streaming sports, Google TV also allows you to streamline your services, apps, and subscriptions through one hub, so you can enjoy your favorite movies and television in an instant. Gamers can also enjoy THX Certified Game Mode which has a variable refresh rate that won’t catch you lagging behind.

And, if you prefer comparable specs but a different operating system, Best Buy offers a 6-Series 65-inch Roku TV edition that’s currently $1,100, which is $200 off the usual price.

Feel like you’re right on the sidelines with the true-to-life picture quality on the VIZIO M6 Series 75-inch Quantum LED 4K UHD Smart TV from Best Buy. This pick is normally priced at $1,000, but right now you can save $200 and bring this TV home for just $800. The VIZIO M6 Series has Dolby Vision High Dynamic Range paired with a full array backlight to produce a crystal-clear image, plus rich contrast, popping highlights, and over 1 billion colors. For gamers who want a TV that can double as a console, this UHD Smart TV also provides a V-Gaming Engine, Auto Game Mode, Variable Refresh Rate with AMD FreeSync, plus a low input lag take, so you bounce from streaming sports to ultra-fast gameplay.