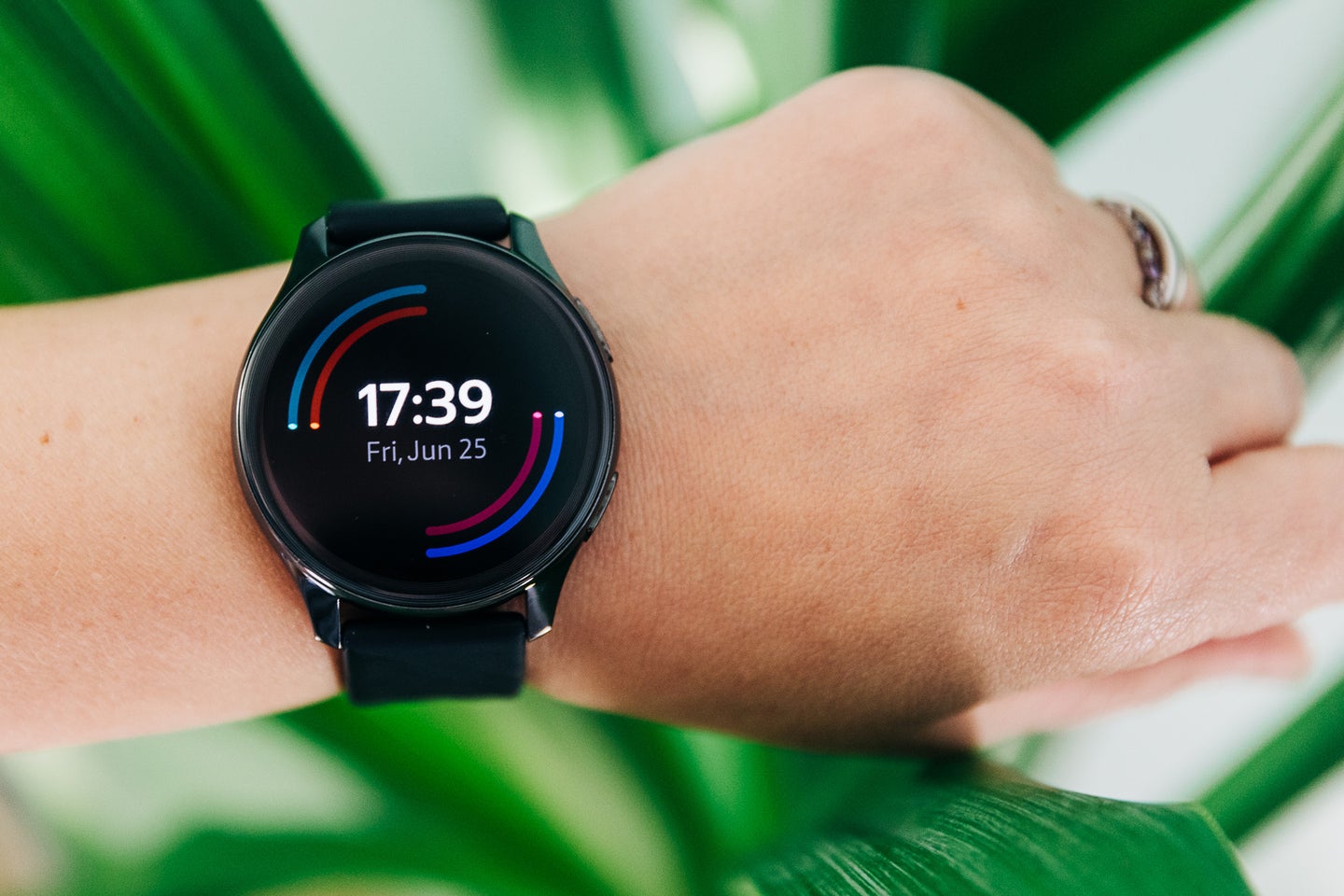 I’ve been wearing the OnePlus Smart Watch for 11 straight days and nights without putting it on the charger. It still has roughly 15 percent of its battery life left to go. Power usage isn’t the only area in which the OnePlus watch demonstrates impressive efficiency—its $129 retail price is impressive for a rather slick device. But those savings come with a price. The first OnePlus wearable makes some serious concessions when it comes to features and customizability, at least when compared to more full-featured smartwatches. But, while some users may be disappointed in the omissions, others will likely appreciate the simplicity.

What is the OnePlus Watch?

OnePlus has been churning out excellent Android phones for years, but the Watch is its first venture into the wrist-based wearable market. Rather than opting for an existing operating system like Wear OS by Google, OnePlus equipped its watch with its own software, which is wildly efficient, but also very limited in some respects.

The OnePlus Watch relies heavily on a companion app, which is (at least for the moment) Android-only. If you’re an iPhone user, you’re out of luck for now. So, if you’re considering this as a cheap Apple Watch alternative, it’s time to look elsewhere for your best smartwatch.

The OnePlus system is also closed off from third-party app products, which means you don’t have access to an app store of any kind and you shouldn’t expect to get any third-party watch faces outside the 50 or so OnePlus already offers.

Despite its software limitations, the OnePlus Watch does come toting many of the same hardware features you’d expect to find on more advanced wearables. It has a built-in GPS tracker, an infrared heart-rate tracker, and a blood oxygen sensor, which the immensely popular Apple Watch only just got with its latest model, the undoubtedly best smartwatch for iPhone Series 6.

The OnePlus Watch itself only offers one size at the moment, which is a rather massive 46mm in diameter. It’s thankfully thin, so it’s not uncomfortable, but if you have a small arm, it will look conspicuous at best and ridiculous at worst.

The OLED screen on the OnePlus Watch offers a 454 x 454 pixel resolution, which is plenty of pixels to make text and graphics look slick. The screen is bright when it’s in use, but it doesn’t offer an always-on mode. So, every time you want to check the time or notifications, you’ll have to raise your wrist and wait a beat for the screen to light up from complete darkness. This likely plays a role in the OnePlus’s epic battery life, but it also makes the whole package feel slightly outdated.

About that battery life

As mentioned above, the OnePlus Watch really stands out when it comes to longevity. The company claims it’s capable of going up to 14 days without needing the juice, and I believe it. That’s particularly handy for a device you’re meant to wear at all times.

Even when you do run out of juice, you can stick the device on the included magnetic charger and it will draw enough power in a half-hour for it to last up to a week depending on your usage. OnePlus has always been excellent at offering phones that charge extremely quickly, and that habit has carried over into its first watch.

On paper, the OnePlus Watch does everything you’d expect from the best fitness trackers, at least from a hardware standpoint. Like other reviewers, however, I found the step-tracker numbers considerably different than those from other fitness trackers. I have a standard loop around my neighborhood that typically takes me roughly 7,000 steps (that has been consistent across several trackers), but the OnePlus only registered 5,000 of them. It’s odd. The step tracker seemed to be consistently off, though, so if you’re only worried about comparing your own performance over time, it seems like it will still do that job.

The lack of third-party app support means you’re relying solely on Google Health for your fitness data. If you’ve built up a big log of Strava workouts, they won’t make their way to this device.

While those are negatives, it’s worth considering that this isn’t a hardcore fitness device. If you want a workout-specific model that won’t break the bank, look for a cheap fitness tracker like the $129 Fitbit Charge 4 or the impressive $70 Amazfit Bip U Pro.

When you’re outside the gym, the OnePlus watch works like a typical smartwatch (or “Smart Everywear” as the company brands it). It lacks any kind of rotating crown or dial, which means your interactions with the device will be limited to a pair of buttons and the touchscreen.

Right now, the integration with smartphone notifications still seems a little spotty. It will sometimes ping my wrist for notifications I’ve already looked at and cleared on my phone. Sorting and addressing notifications from the Watch directly can also be tedious. You have to tap into each notification to do anything with it, you can just swipe it away from a list view. At least not yet.

You can respond to messages, but it only works with a handful of services at the moment, including Facebook Messenger and WhatsApp. You can’t type out complex responses from your OnePlus Watch, rather you’ll have to choose from a selection of preprogrammed responses. Those responses also don’t work with SMS texting, so if that’s your primary method of communication you’re out of luck. Weirdly, however, this limited functionality fits rather well into my preferred method of smartwatch use. I look at notifications to see if it’s worth taking out my phone to address them. I do as little swiping as possible, even on full-featured smartwatches.

Lastly, the OnePlus Watch doesn’t offer any smart assistant compatibility. So, if you want to summon Google Assistant, Alexa, or Siri, you’ll have to look elsewhere.

So, who should buy the OnePlus Watch?

While it’s easy to get caught up in the features you won’t find on the OnePlus smartwatch, that’s not a reason to write it off wholesale. The device is big, but it’s attractive, and the OLED screen renders text and graphics nicely. It doesn’t excel in any one area, but it provides a simple, one-stop smartwatch that’s good as an entry point into the space or if you want to simplify the experience down to basic fitness tracking and smartphone notifications.

OnePlus has already started making improvements to its platform since launch and it will likely improve even more as it goes. It faces particularly tough competition right now since Samsung and other companies who make Wear OS by Google-based devices have begun blowing out old models to make way for the companies’ upcoming collaborative wearable operating system. But, OnePlus has made huge strides in its smartphone hardware in recent years, so the next version of the OnePlus Watch could be just as impressive and have a shot at being one of the best affordable smartwatches.