How to choose the best fitness tracker for you

Find the fitness tracker to help hit your goals. 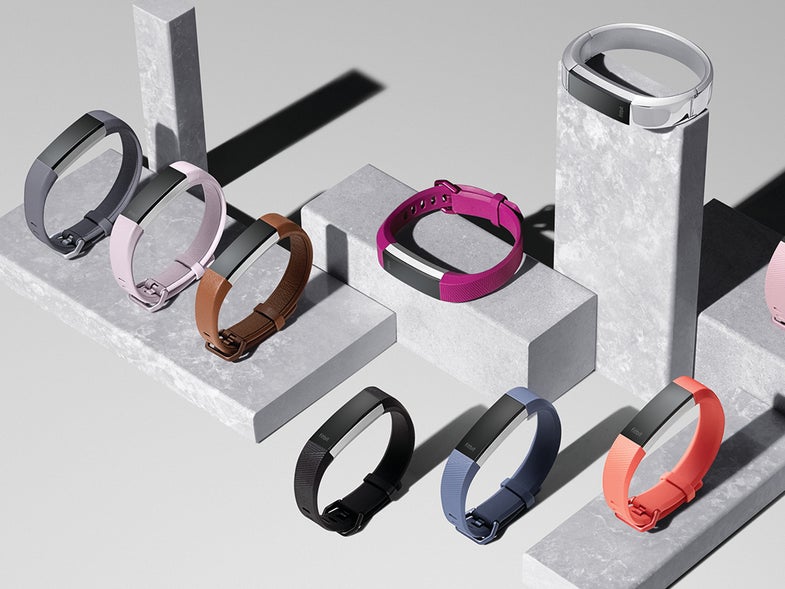 Pick the right fitness tracker from the pile. Fitbit
SHARE

You’ve decided you want to live a healthier life, and use the power of wearable technology to help go about it, but where do you start looking a fitness tracker? A host of different devices are available, each with their own specs and apps and specific features. We’re here to help you make sense of the fitness tracker maze and find the right device for you.

It helps if you know a little bit about what you want before you start—like the specific activities that you’re going to want to track—but if you’d rather see what devices are out there first, that’s fine too.

All of the fitness trackers on the market, and indeed your existing smartphone, will be able to track your steps and calorie burn for you, but after that don’t take anything for granted. You can find fitness trackers with a pile of differing features, all the way up to the smartwatches that are essentially mini computers on your wrist, which we’ll mention last.

Almost all fitness trackers will slip around your wrist to measure your activities and give you feedback. One of the exceptions is the Misfit Shine 2 ($49.99), a circular disc you can put just about anywhere (including on your wrist if you really want). If you want to keep your arms free from dangling attachments, it’s worth considering.

When you’ve decided where you want to wear your fitness tracker, think about the information you want it to show. The Fitbit Charge 2 ($148.95) displays you the time and some phone notifications, whereas the Misfit Ray ($49.99) just has a single LED light. The lack of information translates into lighter weight, which can be important for some athletes or aspiring athletes. 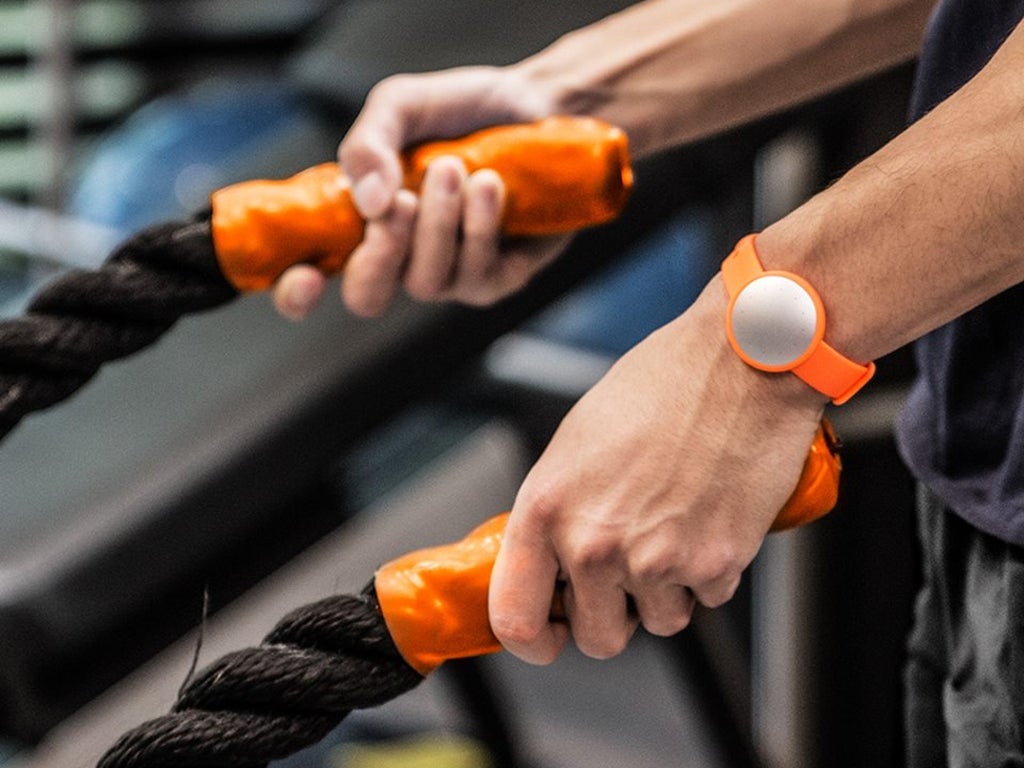 The Misfit Shine 2 can be worn pretty much anywhere.

Also weigh up how important battery life is to you: The Misfit Ray, for example, runs off cell batteries that need to be swapped out every four months, whereas the Fitbit Charge 2 (and most fitness trackers) need to be recharged from an outlet or from a computer every few days. It comes down to personal preference which one you favor.

Where you want to wear your fitness tracker, whether or not you care about a screen, and how much you care about battery life will have you well on the way to choosing the right fitness tracker. We’d also suggest taking a look at the associated app before purchasing a device. Does it track the data you need? Is it available on the web? Does it work with Google Fit or Apple Health? Most fitness tracker apps are now perfectly decent bits of software but it’s another factor to bear in mind when you’re doing your choosing.

With the basics out of the way, you can start looking at more advanced specs. One of the key features that distinguishes cheaper trackers from more expensive ones is an integrated heart rate sensor: If you value a more detailed breakdown of your cardiovascular health, make sure it’s included, otherwise you can save yourself some cash.

Waterproofing is another key feature to look out for, and whether or not you want a waterproof tracker really depends on whether or not you plan to take it swimming. Most wearables can handle a bit of rain, but be sure to double-check the specifications to make sure—if you do a lot of outdoor activities, it’s better to be safe than sorry. The Fitbit Flex 2 ($59.95), for example, will give you waterproofing but not heart rate sensing. 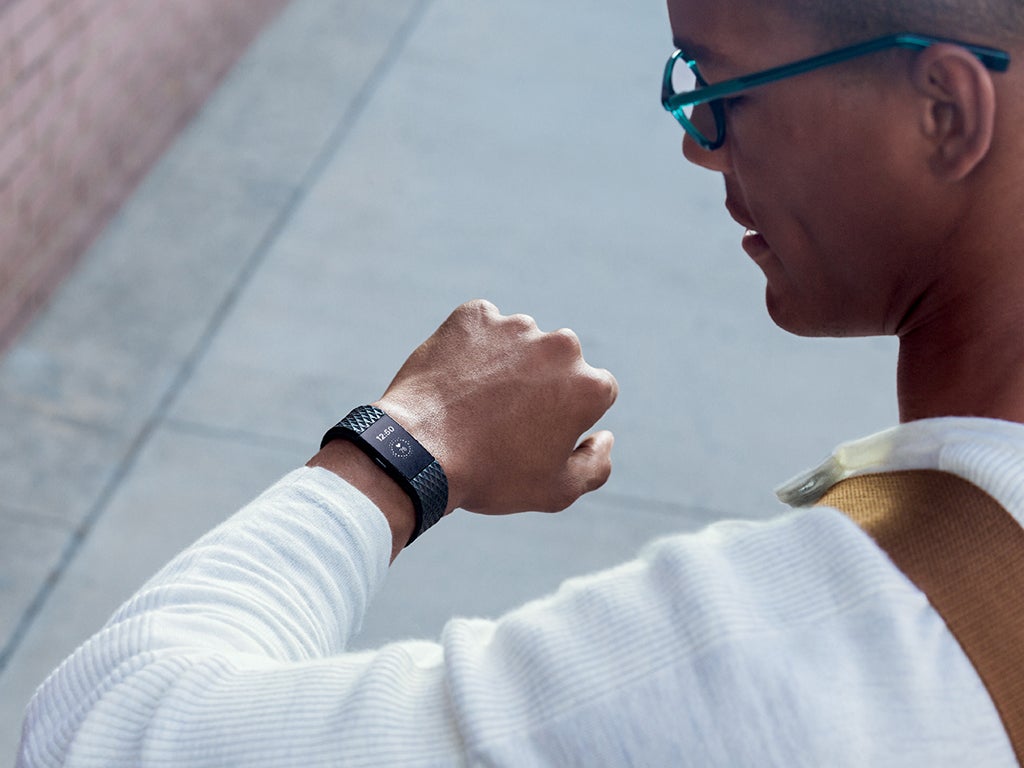 The Fitbit Charge 2 comes with a heart rate tracker.

Plenty of fitness trackers will promise some kind of sleep tracking as well, though it’s well worth digging deeper into the specs to check the small print, because some trackers can tell the difference between light sleep and deep sleep and some can’t.

Fitness trackers with GPS—so they can track your running route and more accurately track the distance you’ve covered while not in contact with your phone—are few and far between, but you do have some options, including the Samsung Gear Fit 2 ($127.95) and the Garmin Vivosmart HR+ ($149.99). Usually though, you’ll need to take the smartwatch route if you want to have GPS on board.

Speaking of smartwatches, you can of course upgrade to a full smartwatch as your fitness tracker, and indeed the lines are blurring between the two device types anyway. You’ll usually get a lot more features, and have to pay significantly more money, but you might consider the trade-off worth it depending on what you actually want out of your wearable.

One of the biggest questions is the one we mentioned near the start: What are you actually going to be doing with your fitness tracker? If the answer’s running around a muddy sports field and getting barged from all sides by other players, then maybe you don’t want a $300 smartwatch strapped to your wrist. If your main pursuits are going to be running and cycling, however, then it’s a lot safer. 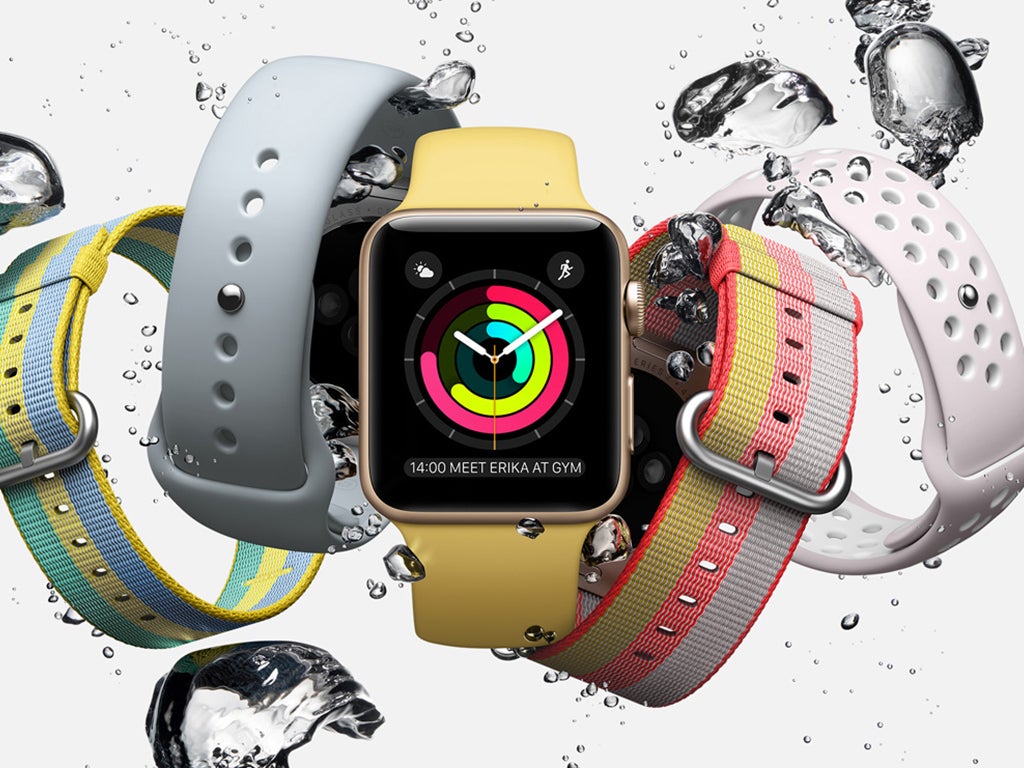 The Apple Watch Series 2 is one option for swimmers.

We’ve previously written a full guide to smartwatches but the Apple Watch Series 2 ($369 and up) is one of the best options for tracking your health and fitness, provided you don’t have an Android phone, as it won’t work with it. Android Wear alternatives are available with some decent tracking features as well, including the LG Watch Sport ($550), which works with both iPhones and Android phones.

You get a host of added extras with a smartwatch, including GPS (usually), more interactive notifications from your phone, and even the ability to make and receive calls in some cases. However, they are bulkier, which isn’t ideal when you’re exercising, and as we noted above they are another step up in terms of price.

Those eight points to ponder—body placement, display, battery life, associated app, heart rate tracking capabilities, waterproofing, sleep tracking, and GPS—should be enough to get you pretty close to the fitness tracker (or smartwatch) that’s right for you, but you’ve got a few more ways of telling one wearable from another.

The overall design and look of your fitness tracker might be important to you, so try and see it from as many angles as possible before buying, if you can. Pay particularly attention to the bands that come with the trackers you’re considering, and whether or not they can be swapped—cheap plastic isn’t quite as good on the skin as quality leather or some synthetics. 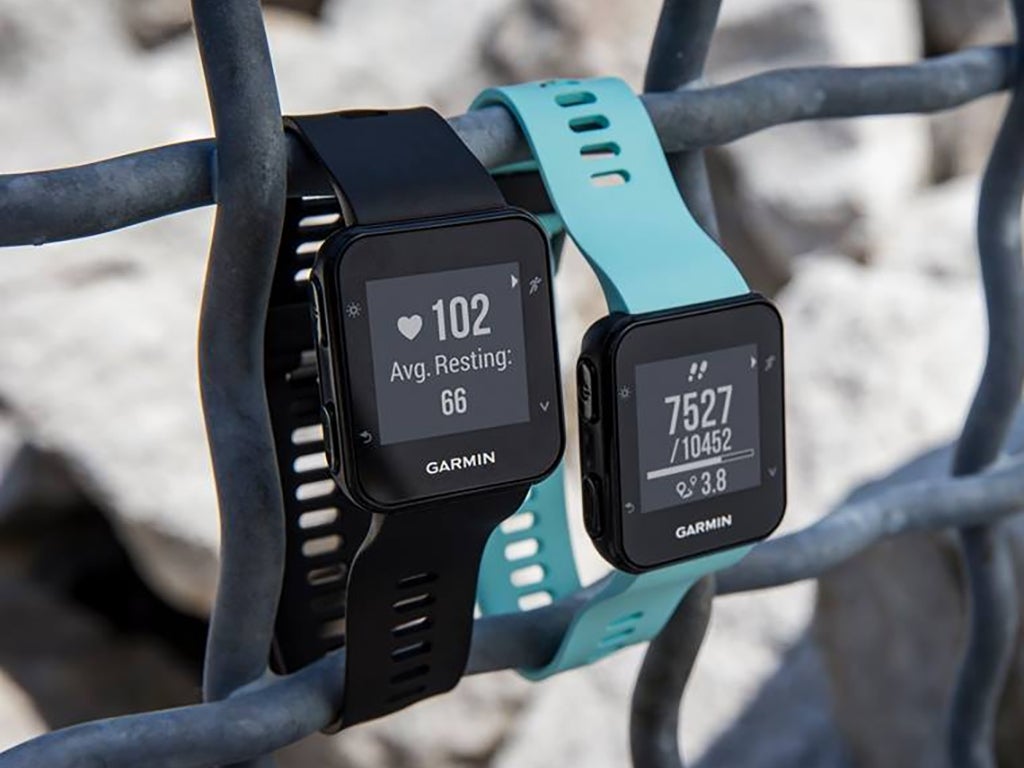 The Garmin Forerunner 35 bridges the gap between fitness tracker and smartwatch.

As with any gadget, you can only tell so much about a fitness tracker in advance. Read up on as many reviews as possible for the wearables you’re considering, and you’ll get an idea of how well their advertised features hold up, whether they have the accuracy you’re looking for, and whether or not they fall apart after a week of use.

With all that done, it’s time to take the plunge, part with your cash and enjoy the features of your brand new fitness tracker. Just don’t be one of the 30 percent of people who give up on their tracker after buying it due to boredom, a lack of motivation or some other factor—keep an eye on those step counts, and the rest should take care of itself.