Amazon’s new $89 Kindle has everything most readers need

Just be careful if you read in the tub. 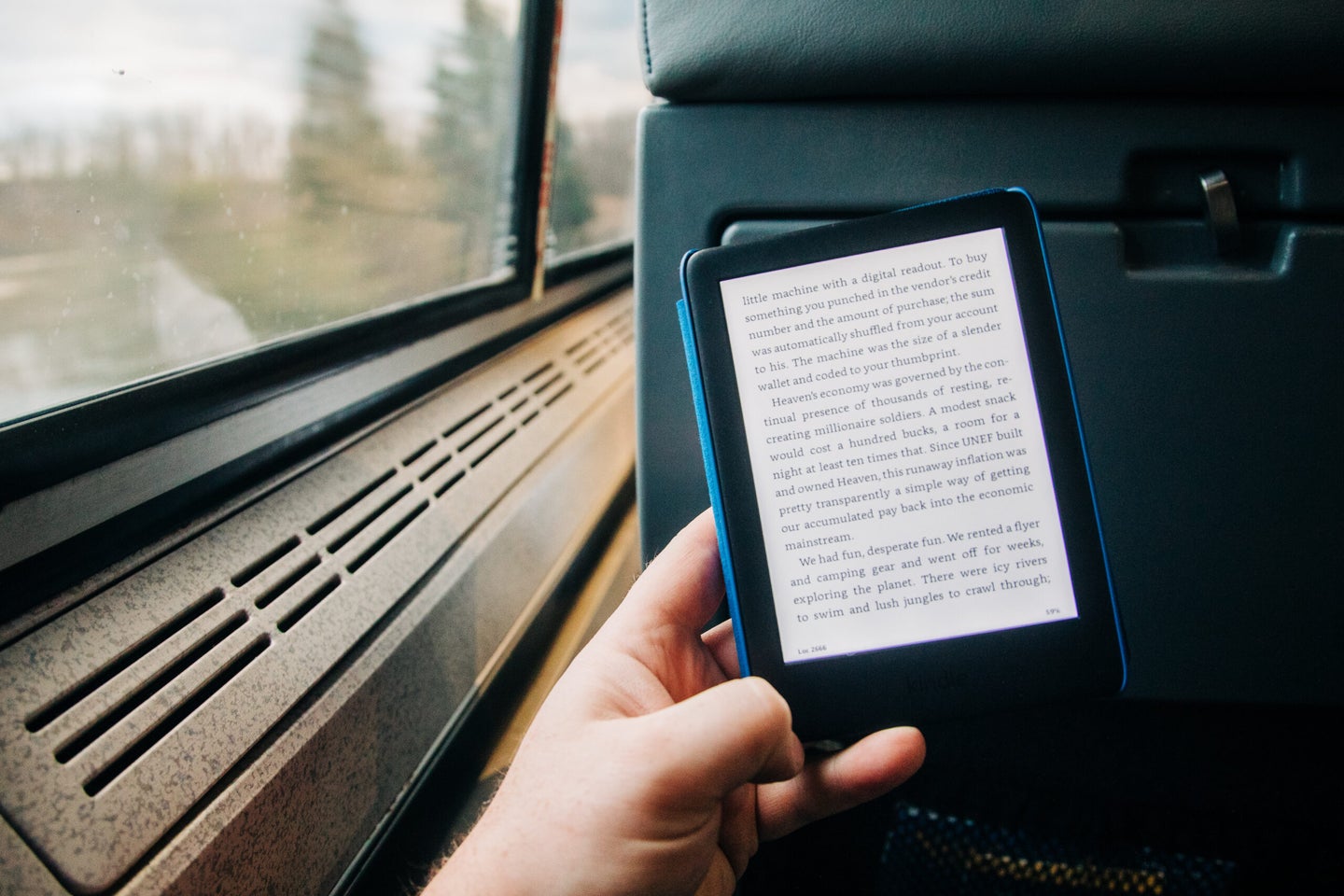 Setting up a new Amazon device feels like crawling deep into the corporate cocoon of the company’s media and retail platform. When you turn on the new $89 base-model Kindle, for instance, you indicate your time zone and wireless network as you’d expect, but then you get the sales pitches. Want a free trial of Audible to get some Audio books with your new book reading device? How about linking up your account with GoodReads, Amazon’s “social cataloging” site that lets you brag about your time spent consuming books? Then when you finally hit the homepage—ooh, fancy new books to buy for my new device.

For veteran Kindle owners who have owned—or at least used—multiple generations and variations of Amazon’s ubiquitous e-reader, all of that likely sounds like old news. But then, that’s not the target crowd for this gadget. The new $89 Kindle is a very capable entry-level device that saves you nearly 50 percent of the retail cost compared to the upgraded—and in many ways superior—Paperwhite. And if Amazon’s history of deep discounts on first-party gadgets continues, the new Kindle could dip even harder into impulse purchase territory. But, is it worth it?

Purely from a hardware perspective, the new Kindle makes sense. It has a 167 pixels per inch resolution screen, which seems paltry compared to the 300ppi Paperwhite, but totally fine if you’re not directly comparing the two. The base model also now has Bluetooth for connecting wireless headphones and, for the first time, it’s self-illuminating with four LED front lights that shine on the screen. Storage is limited to 4 GB—there’s no option to upgrade—and it isn’t waterproof, so reading in the bath means taking extra care (or throwing it into a big sandwich baggie). It also doesn’t offer a version with cellular connectivity for downloading content when there’s no wi-fi available. It’s the stock Honda Civic of e-readers—straight forward, reliable, and simple.

If you read constantly, there are better options up the line. But, it makes total sense for users like me who aren’t constantly chewing through books because I’m off reading things on the web or basking in the golden age of television. I primarily read books through the Kindle app on my phone or my iPad, both of which are totally fine, but even an entry-level Kindle feels like an upgrade to that experience.

Set it on a table and it looks, well, like a Kindle. The crusade to kill all bezels—the fame around the screen that devices like smartphones and TVs work hard to eliminate—hasn’t reached the Kindle yet. The six-inch screen is recessed into the front of the device, so it’s not totally flat on its surface like the waterproof Paperwhite or top-end Kindle Oasis. I’d prefer a flush screen because it doesn’t leave an edge on which grime can collect, but I also kind of like the look because it emphasizes the fact that this isn’t a tablet or a smartphone.

I tested the new Kindle with its specifically-designed flip-open case, which closes with a sturdy magnet and makes the whole package easier to hold, even if the edges of the case are a little sharper than I’d like them to be for long reading sessions. The case’s $30 price seems a little steep for the case considering the actual electronic device is only $89, but it’s a more enjoyable user experience with it equipped.

If you’re used to the 300ppi screen on the Kindle Paperwhite, the base model is going to feel like a downgrade in terms of sharpness, but even with that lower resolution, it’s still preferable than reading on a backlit screen like a smartphone or a tablet.

The capacitive touchscreen controls aren’t blazing fast by smartphone standards, but I also don’t find myself digging into them all that often. I’m mostly turning pages and occasionally adjusting the backlight strength (more on that in a moment), which only takes a few pokes.

The Bluetooth functionality works well—it paired quickly and easily with two pairs of my wireless headphones. But, on an $89 device, it seems curious to leave a headphone jack out of the equation. Amazon boasts “weeks” of battery life for the Kindle, so requiring a pair of wireless headphones that can maybe last a full day to listen to Audible audiobooks is odd.

About that screen illumination

This is the first base model Kindle that you can read in the dark without an exterior light. Unlike an iPad or a phone, the lights come from in front of the Kindle’s e-ink display rather than shining through it directly into your eyes. The bluish tint to the LED lights still isn’t optimal—blue light is more effective than other wavelengths at inhibiting melatonin production that you need for sleep—but you do get 24 selectable levels of illumination. Generally speaking, this kind of reflected light is still easier on your sleep schedule than a backlit screen directly frying your eyes, but you should still make an effort to keep the lighting as dim as you can without straining your eyes.

For $89, you’re getting an entry-level device, and for many people, that’s probably just fine. If I was going to buy a Kindle right now, I would likely upgrade to the Paperwhite mostly for the high-resolution screen and the fact that I love gadgets and couldn’t stand knowing that only $40 stood between me and a whole bunch of extra specs. But, it would be overkill. My book library is nowhere near 4 GB so I don’t need the extra storage. I don’t hang out by the pool, beach, or tub, so I don’t need it to be waterproof. It’s a lot better than the Kindle app. And next Prime Day, I wouldn’t be surprised to see it drop well below its already-cheap retail price so Amazon can sell boatloads of them.

If you’re thinking about splurging on a high-end e-reader in the Kindle Oasis, check out our review of that one here.