Apple's upgraded silicon brings even more power to some of its most popular machines. 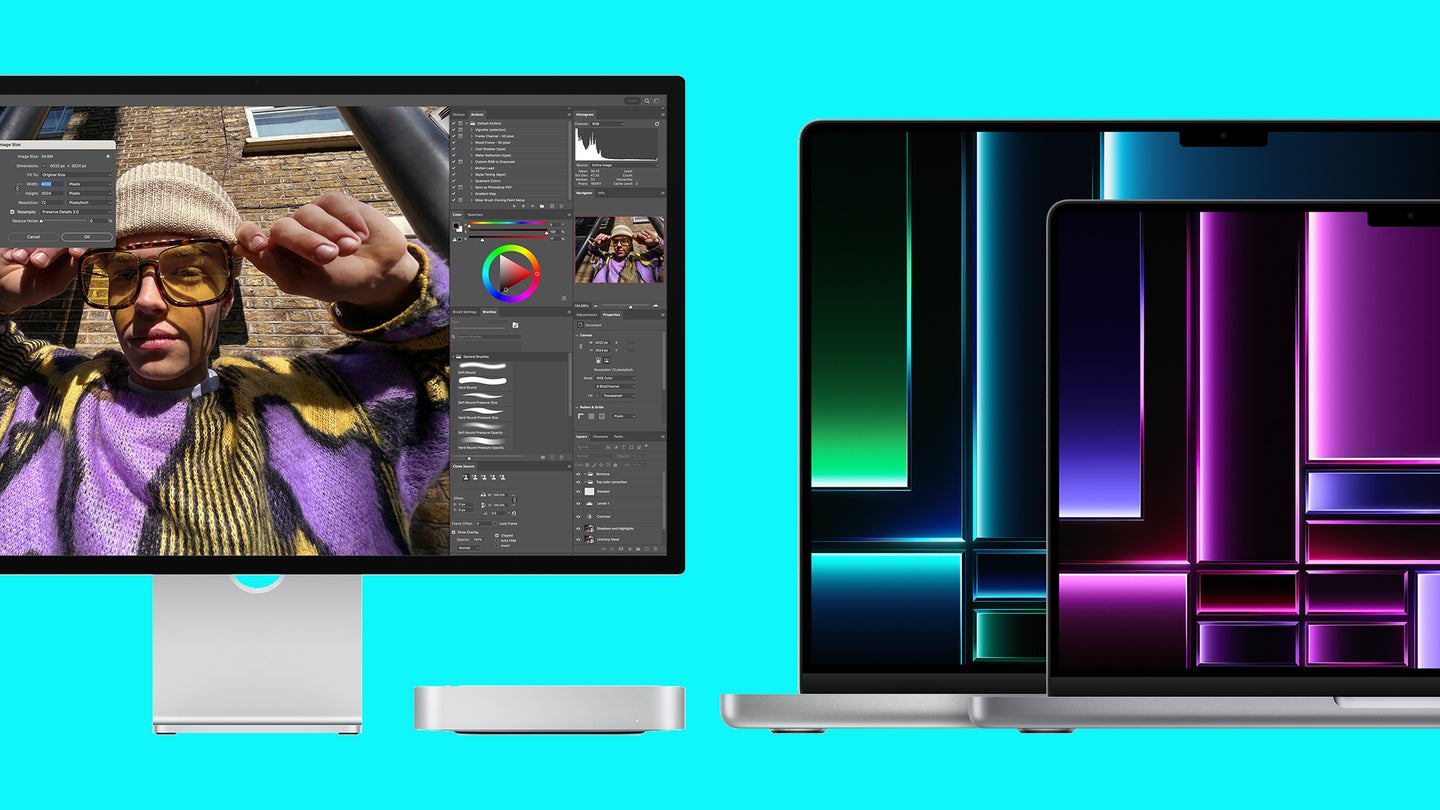 Apple debuted its M2 chips in June 2022 when the new silicon slabs made their way into the MacBook Air and 13-inch MacBook Pro computers. Now, the company has introduced the beefier M2 Pro and M2 Max versions of their homebuilt chips to power the 14- and 16-inch MacBook Pros. The indomitable Mac Mini has also upgraded to M2 and M2 Pro hardware options, though it doesn’t support the M2 Max chip at this time.

The M1 Pro and M1 Max chips debuted in the 14- and 16-inch MacBook Pro laptops in late 2021. Now, Apple seems to have fallen into a comfortable rhythm when it comes to rolling out new versions of its more powerful silicon.

The laptops haven’t changed from a design standpoint. They still offer Apple’s Liquid Retina display in both the 14- and 16-inch models. Each computer has three Thunderbolt 4 ports, an SDXC card reader, and MagSafe power. The HDMI actually gets an upgrade and can now support 8K at up to 60 fps or 4K at up to 240 fps.

While the design has remained the same, the computing hardware has significantly improved. The M2 Pro still offers either 10 or 12 CPU cores depending on the model you choose, but Apple says the new chip provides a roughly 20% speed increase over the previous generation. The M2 Pro’s GPU gains an extra three cores, for a total of 19, to help with graphics-intensive tasks like image editing.

The M2 Max machines offer 12 CPU cores and a massive 38 GPU cores compared to 34 in the previous model. Combined with an upgraded Neural Engine for tackling AI tasks, the M2 Max machines should be particularly adept at running resource-hungry video editing tools that require tons of computational power. The M2 Max machines can run up to 96 GB RAM, though it will cost you.

All of the new MacBook Pros should benefit from the more efficient hardware in the form of extended battery life. Apple claims up to 22 hours of battery life (in some configurations and under specific conditions), its longest runtime ever promised.

Along with the new laptops, Apple also brought the M2 chips into the tiny-but-mighty Mac Mini. It comes in both M2 and M2 Pro models, but it doesn’t support the M2 Max chip, at least for now.

All flavors of Mac Mini come equipped with a pair of USB-A ports, an Ethernet jack, and a headphone jack. The stock M2 models offer a pair of Thunderbolt 4 ports, while the M2 pro adds an extra pair for a total of four Thunderbolt connections.

Like the new MacBook Pro laptops, the new M2 Mac Minis are available for pre-order now, and they start shipping Jan. 24.

I was extremely impressed with the M1 Pro and M1 Max hardware, and we’re looking forward to fully reviewing both the new M2 MBPs and the new Mini in the coming weeks. And if you’re interested in an M1 or M2 laptop but don’t want to pay for the newest releases, Amazon and Best Buy currently have older-generation hardware on sale.