If you want to hop off the Apple ship, there are lots of ultra-portable PCs that are worth a look. 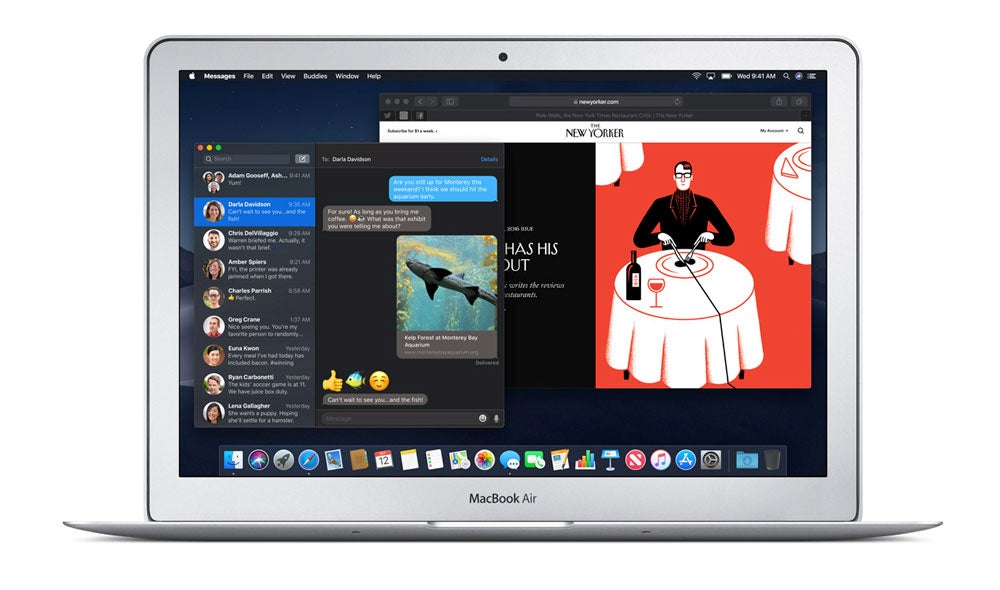 Just this morning, Apple announced the new MacBook Air and, at least on paper and in our short hands-on time, it looks like they got it right. You can check out all the details about the new machine here. But, even though the new Air looks like a winner, there are still many other options out there in the sub-3-pound laptop category. So, before you automatically order yourself a shiny new MacBook Air, have a look through the following list of laptop options. Right now is a very good time to be on the market for a Laptop.

Some Apple hardware lives on a reliable redesign schedule. The new iPhones, for instance, show up each year just as the leaves start to fall and social media feeds begin to fill with pumpkin-spice-flavored delicacies. Some Apple products, however, keep a more sporadic schedule. The kinds of sporadic updates, however, are the MacBook and the MacBook Air. Both are due for a serious refresh.

The MacBook Air debuted back in 2008, and it has gotten a steady stream of spec updates on an annual basis since then, but the Air still seems ancient compared to other modern machines like the MacBook Pro. The 13.3-inch screen has a wimpy 1,440 x 900 resolution, which is a long way off from the high-resolution Retina screens found on other models. It uses the old MagSafe 2 adapter for power and only uses USB-A connectors instead of the USB-C ports we fully expect on an updated model. Even the screen with the huge bezel and recessed display that allows crud to gather around the edges feels old.

But this dated vibe for the MacBook Air isn’t new. We’ve had this feeling since roughly 2015 when the Air was still relevant but didn’t fit in from a power or design standpoint with the rest of the Apple Lineup. That’s also when the 12-inch MacBook showed up. It nailed the form factor, but relied on an underpowered Intel Core M processor meant for mobile computing and had a single USB-C port that it used for both peripherals and charging. It was the true beginning of the dongle era.

Now, Apple is set to revamp its line of ultra-portable laptops. Whether that means a modernized MacBook Air, a remodeled MacBook, or a convergence of the two lines, expectations are high. Lots of pixels on the screen, and Tim-Cook-willing, a keyboard that’s more durable and tactile than the shallow, clacky keys on the MacBook and the MacBook Pros.

No matter what Apple announces, there are still lots of other laptops out there worth considering. So, if you’re looking to jump ship from the Apple laptop lineup and its unpredictable upgrades, here are some solid options to consider.

Starting at just $850, Dell’s XPS 13 weighs 2.67 pounds and is 0.46 inches thick at its fattest point, which makes it both lighter and thinner than the original MacBook Air. It uses Intel’s 8th generation processors and allows you to upgrade specific features like processor speed or pumping up storage space on the SSD. Dell also rates the battery life at close to 20 hours on a full charge, which means you’ll get less than that in the real world, but likely more than enough for a full day of work (unless you’re doing something particularly processor-intensive).

If you could install MacOS and slap an Apple logo on Huawei’s flagship laptop, it could almost pass as an updated MacBook Air. The MateBook weighs 2.9 pounds and has a tapered body that’s 0.19 inches at the front and 0.57 inches at the back. When you open the screen, however, the Huawei’s display has a much smaller bezel on its 13.9 inch screen. The display is also touch-sensitive, which isn’t something we’re likely to see from Apple even in a new MacBook Air model.

Like IBM ThinkPad machines from the early days of laptop computing, the X1 Carbon has a rubber nub for navigating around the screen in addition to the typical trackpad. It has an array of privacy-specific features like a fingerprint reader that doesn’t connect to the web to authenticate you as a user and a sliding plastic cover that can obscure the webcam when it’s not in use. it promises 15 hours of battery life, but more importantly, it can charge from zero to 80 percent in just one hour. It also has voice integration for Cortana and Alexa. Not bad for a machine that starts at roughly 2.5 pounds.

The first Surface Laptop came on the scene in 2017 as a new segment in Microsoft’s increasingly-complicated Surface ecosystem. The Surface Laptop 2 (starts at $1,000) follows in the original’s footsteps, acting like a typical laptop with a touchscreen that doesn’t detach or flip into a tablet. It starts at 2.76 pounds, but even with an upgraded Core i7 sensor, it weighs just 2.83 pounds. The 13.5-inch screen has a 2256 x 1504 resolution and it works with the Surface Pen for drawing and taking notes. It also has one of the most satisfying keyboards around.

If you want to jump ship to a thin-and-light laptop, but don’t think you need a full Windows experience, Google’s PixelBook is a high-end machine that relies on Google’s Chrome OS. The switch won’t save you any cash since the PixelBook starts at $1,000, but its 12.3-inch touchscreen display has a 2,400 x 1,600 resolution, which makes its pixel-per-inch count higher than even the MacBook Pro. The hinge on the PixelBook lets you flip it around to use the machine as a tablet and a tight integration with the Google Assistant gives it some of the benefits of computing on a smartphone.