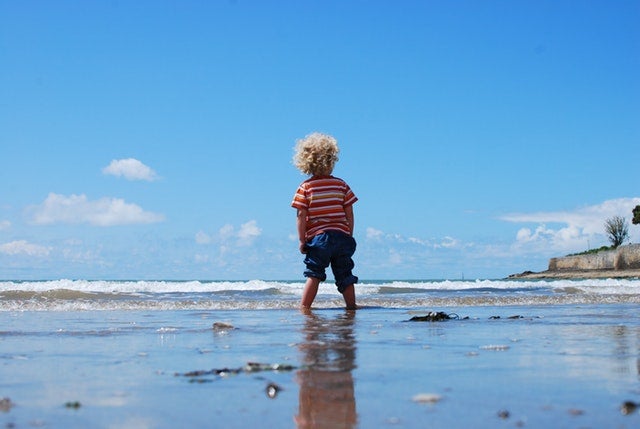 Rarely is a negative seen as a positive. But a new study in the journal Earth System Dynamics argues that negative emissions might be our only hope.

Led by James Hansen—the so-called father of climate change awareness—along with researchers from around the globe, the study says that it’s not enough to reduce our greenhouse gas emissions. If we want to avoid saddling young people with the worst impacts of climate change, and a climate debt of 576 trillion dollars, we have to work to get some of those excess greenhouse gasses out of the atmosphere.

Greenhouse gases like carbon dioxide are thought to be the driving force behind manmade climate change. When we burn fossil fuels like coal, for instance, we send these emissions up into the atmosphere. There, they actually help trap the sun’s heat inside, cooking us like a dog in a hot car and leading to all sorts of ice melts and weather pattern changes. Climate scientists agree that we must lower these emissions as swiftly as possible to avoid the worst possible outcomes down the road. One recent report suggested that we have just three years to set emission-curbing provisions in motion before it’s too late.

But this new paper argues that it’s not enough to stop adding to the problem—we have to actively chip away at it, too. For the sake of future generations, the study suggests, we should take steps to reduce the level of greenhouse gas in the atmosphere from its present level of 400 parts per million, to 350 parts per million. The researchers estimate that if we began reducing CO2 emissions in 2021 at a rate of six percent per year, we would also need to remove 150 gigatonnes—the equivalent of one and a half-times the mass of all of the oil produced since 1850—out of the atmosphere by 2100. Two-thirds of the carbon, they estimate, could be removed through better agricultural and forestry practices.

Hansen and his colleagues drew conclusions in part based on geological data related to the Eemian era. The Eemian was a warm period sandwiched between two ice ages that ended roughly 115,000 years ago. Our era (the Holocene) began about 11,700 years ago, and is cooler than the Eemian. The issue, say the researchers, is that the targets set by the Paris Climate Agreement—which would have us keep warming at less than 2 degrees Celsius above pre-industrial temps—still leads to an altered climate. At 2C above pre-industrial levels, we’re left with a climate that looks more Eemian than Holocene.

Some climate deniers have criticized drawing parallels to the Eemian, because there are some differences between the climate then and the climate now. Hansen acknowledges that each interglacial period is different, so it’s important to look at each one individually.

“Yes, sea level change appears to have been complicated, being a few meters above today for most of the Eemian, then rising late in the interglacial to 6-9 meters [roughly 20-30 feet] above today,” said Hansen to PopSci over email. “But an Earth 2C warmer than pre-industrial is surely dangerous.”

In a 2015 study in the journal Science, researchers led by Andrea Dutton of the University of Florida compared our current level of warming to previous periods when the Earth was just as warm. The results were not comforting. In each of those periods sea level rose at least six meters, equivalent to 20 feet. The National Oceanic Atmospheric Administration has a sea level mapper that lets us see what would happen to the United States under various sea level scenarios. It maxes out at six feet.

The paper was developed, in part, as the scientific justification for Our Children’s Trust lawsuit (Juliana et al. vs. United States) of which Hansen is a plaintiff, against the federal government. The lawsuit, launched by 21 youth plaintiffs in 2015, alleges that by not acting on climate change the federal government has failed to secure the public trust. It’s a duty that they argue was codified into law in the 1892 U.S. Supreme Court case Illinois Central Railroad v. Illinois. The ruling affirmed the state’s duty to prevent substantial impairment of a trust consisting of, “lands, waters, materials, and privileges.”

The research put forward in the report doesn’t necessarily break new ground. Climate scientists already know that the Earth is warming at an alarming rate and that if swift action isn’t taken, the results will be catastrophic. What it does is synthesize the data in a way that can be more readily understood by non-scientists. This most recent paper reaches a hefty 40 pages, practically a book in a world where scientific research papers can be as short as three pages and usually max out around 15.

The paper is so long, in part, because it devotes a significant amount of time to explaining the information. The study lays out how the temperature data point towards a warming. It also goes into details about the feedback loops—how past a certain point, climate warming becomes self-reinforcing. Unlike most scientific papers, which presume a certain level of knowledge of the field, this study is a contained document. You could read it with no preparation and walk away with a broader understanding of climate change—and the data used to show that climate change is both real and caused by human behavior.

Earlier this year, EPA Administrator Scott Pruitt stated, “over the past two decades satellite data indicates there has been a leveling off of [climate] warming.” In response to that (false) statement, researchers from the Lawrence Livermore National Laboratory, the Massachusetts Institute of Technology (MIT), and the University of Seattle issued a study that analyzed existing satellite data to reiterate that regardless of what Pruitt may claim, there’s no scientific evidence to suggest that temperatures are leveling off.

Some might say that the foray of climate scientists into the broader public sphere is a sign of the growing politicization of science. Others might argue that it’s a sign that the data has grown so conclusive, and the consequences so dire, that researchers increasingly feel compelled to speak. Neither position changes the fact that NOAA released its climate data earlier this week. The first six months of 2017 are the second hottest since record keeping began more than a century ago. First place, as you probably know, goes to 2016.

It’s more important than ever that humans band together to kick greenhouse gas emissions to the curb. Find out what you can do personally here.