SpaceX Will Fly Astronauts To The Space Station In 2017 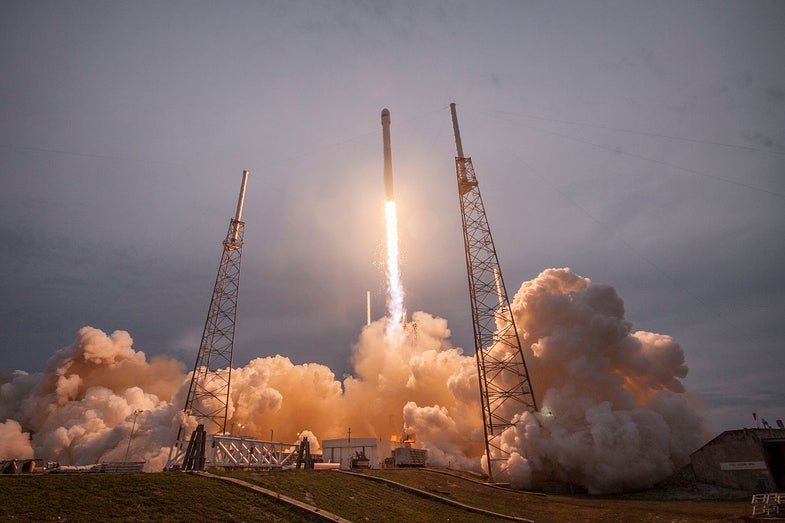 SpaceX rockets have shuttled cargo to and from the International Space Station, and now NASA wants the company to get ready to carry humans onboard too. On Friday, the space agency announced a work order for a manned mission in late 2017.

Boeing, another company that aspires to carry astronauts to and from the space station, received a similar order in May. As Popular Science explained at the time, the order is a way for NASA to give these companies a heads-up so they can get all their ducks in a row in time for the 2017 launches.

“It’s really exciting to see SpaceX and Boeing with hardware in flow for their first crew rotation missions,” said Kathy Lueders, manager of NASA’s Commercial Crew Program, in a press statement. “It is important to have at least two healthy and robust capabilities from U.S. companies to deliver crew and critical scientific experiments from American soil to the space station throughout its lifespan.”

As of yet, it’s undecided whether Boeing or SpaceX will be the first private company to carry astronauts into space.

SpaceX rockets have been grounded since June, when an unmanned resupply mission to the ISS exploded. At the time, SpaceX and NASA said that the disaster would help to ensure the safety of future passengers, so the company could work out the kinks before putting any astronauts in harm’s way.

Both the SpaceX and Boeing vehicles will still need to go through rigorous certification before astronauts will be let on board.