A 1958 Birthday Greeting to NASA from its First Administrator

Today is NASA’s birthday. On October 1, 1958, the agency opened its door for business. But it didn’t come from... 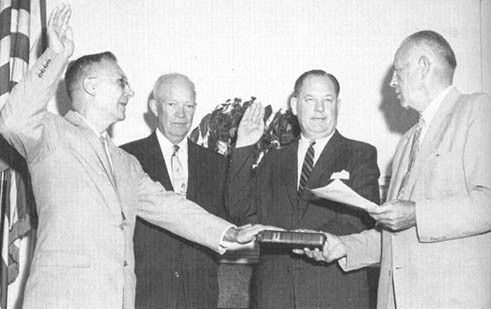 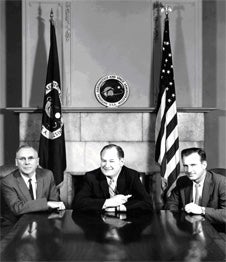 Today is NASA’s birthday. On October 1, 1958, the agency opened its door for business. But it didn’t come from nowhere. Military and civilian centers have been folded into NASA since its inception, but the core of the agency when it opened was the National Advisory Committee for Aeronautics.

Various military and civilian centers around the United States were already beginning to probe the unchartered ocean of space when the Soviet Union launched Sputnik on October 4, 1957. The 184-pound orbiting sphere was a game changer. Suddenly getting not only satellites but men into space became an American national imperative.

But one of the biggest challenges, aside from the technical hurdles, was who would run the new space program. The work in progress around the country fell primarily under the umbrellas of the US Army, the US Air Force, the US Navy, and the NACA. Established in 1915, the NACA was a civilian organization responsible for some significant aviation innovations of the fist half of the 20th century, including the development of engine cowlings and solving problems of compressibility at transonic and supersonic speeds.

Each of the three military branches and the NACA wanted to be the one organization to manage the nation’s new man in space program, but none had all the pieces of the puzzle to make it happen.

Seeking to unify the nation’s research programs with the goal of ensuring America was never again surpassed in space, President Dwight Eisenhower established the Advanced Research Projects Agency (ARPA) within the Department of Defense in February of 1958. But Eisenhower never wanted a military space agency. Keen to keep space from becoming a arena for a future Cold War battle, he called for the creation of a civilian agency to promote the peaceful exploration of space.

The National Aeronautics and Space Act was ready in July. It reinforced Eisenhower’s commitment to the peaceful use of space, though the new agency would work with the military to take advantage of certain useful assets like the missiles that would serve as launch vehicles. The NAS Act was signed, and NASA created, on July 29, 1958.

At the core of the new NASA was the NACA, the leading aeronautics research body in the United States. And it already had established research centers around the country including one in Langley, Virginia; the Lewis (now Glenn) Centre in Ohio, the Ames laboratory in California, as well as flight research stations at Edwards Air Force Base and Wallops Island.

Control of these field sites has previously fallen to the NACA’s president Hugh Dryden, as did management of the 8,000 staff members and annual budget of about $100 million. But even though the NACA became the core of NASA, Dryden wasn’t its first Administrator. Eisenhower appointed T. Keith Glennan to this post, who only accepted the job on the condition that Dryden serve as his Deputy, which he did. Richard E. Horner was sworn in as the agency’s Associate Administrator.

To celebrate NASA’s birthday, here’s a video presentation from Dryden and Glennan to NACA employees regarding its shift to NASA, and the shift from air to space that came along with it.