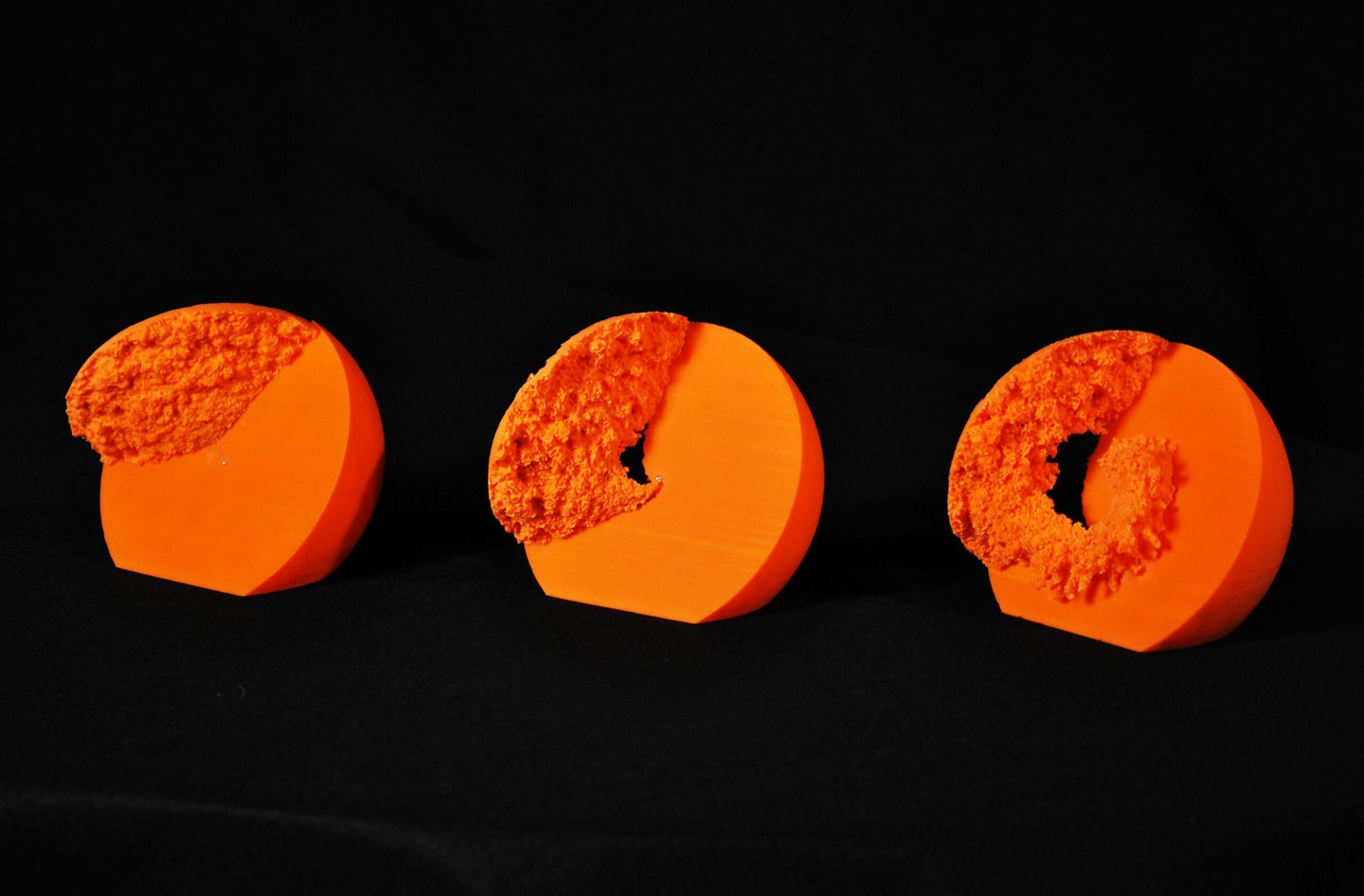 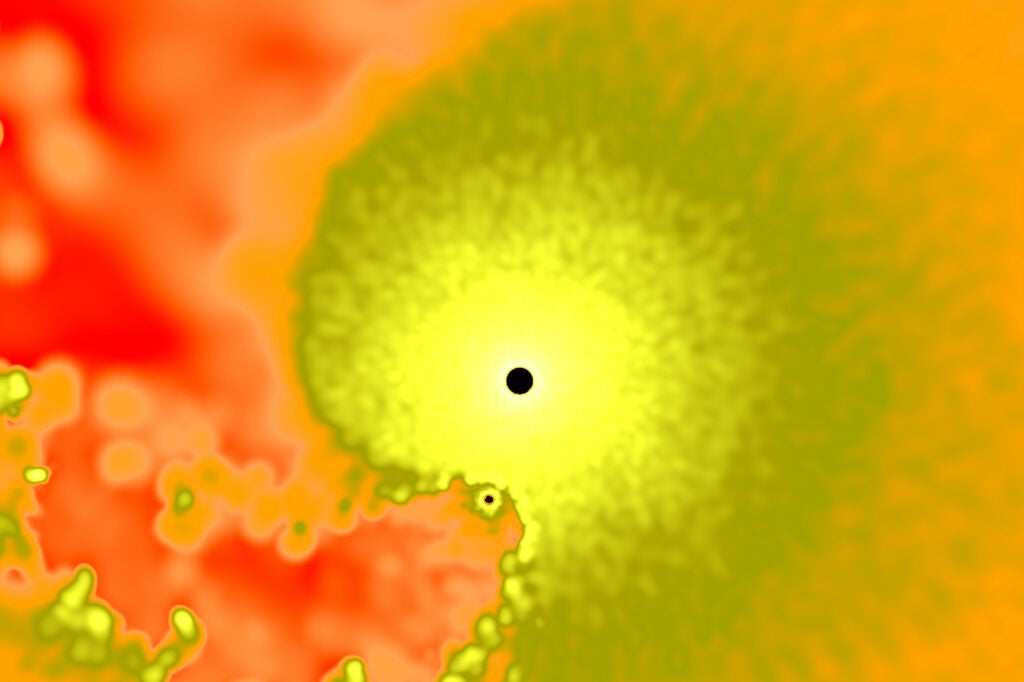 The two stars of Eta Carinae, represented as black dots in this simulation, give off gasses, or stellar winds. As the smaller star approaches, the gasses from the smaller star carve into the thicker gas emitted by the larger star.

NASA scientists are using 3-D printed models to get a clearer picture of the relationship between two of the biggest stars in the Milky Way.

More than 7,000 light-years away, in the Eta Carinae star system, two stars that are 30 and 90 times larger than our Sun come unusually close to one another. (At their closest points, they’re about as far apart as Mars is from the Sun, which is not far at all for massive stars like these.) In the 1840s, the stars erupted twice, emitting enough light to make it one of the brightest spots in the galaxy at the time, and scientists still aren’t sure why. The stars have been difficult to study because stellar winds blow material off of the surface of each star, hiding them both in a large cloud.

Scientists from NASA’s Goddard Space Flight Center are using information gathered by telescopes on Earth, NASA satellites and the Hubble Space Telescope to create images and 3-D models detailing more accurately how the stars relate. They presented their observations at the American Astronomical Society on Wednesday.

The scientists observed that each of the star’s winds has a different density and speed, with the smaller star’s lighter, faster winds carving a space in the bigger star’s denser winds. The 3-D models, constructed by physicist Thomas Madura, were especially helpful in displaying the spiny projections in space created by the winds from both stars colliding, which had previously gone unnoticed. 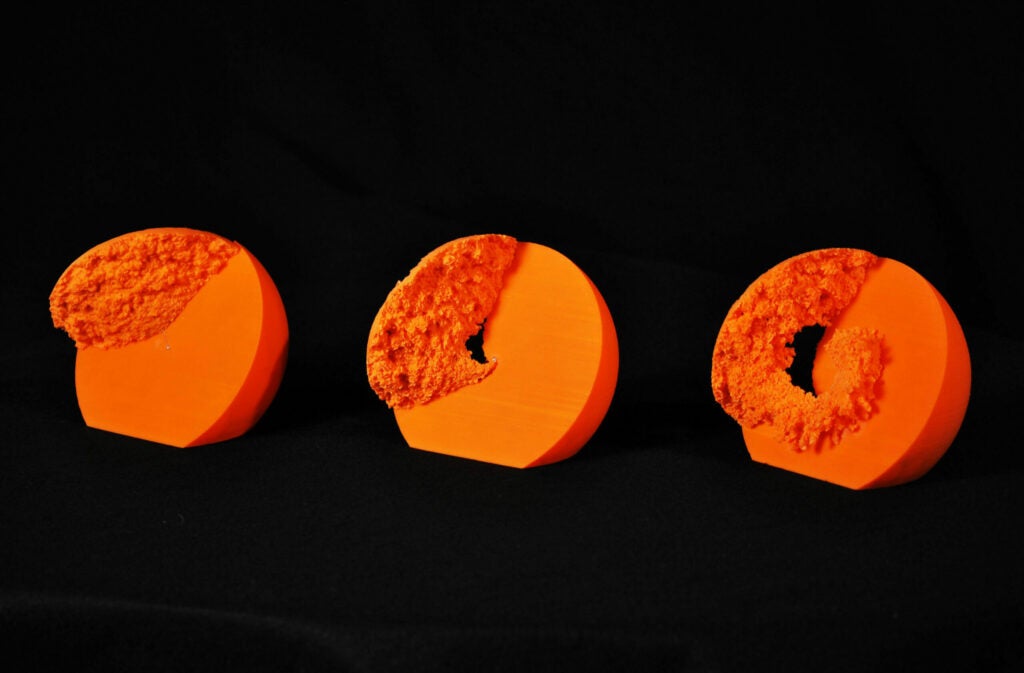 The team, led by astrophysicist Ted Gull has been researching the star system for more than a decade. For more amazing images compiled by Gull and his team, visit their website.