A mix of what people got down to during the mission and what you should get down to today. 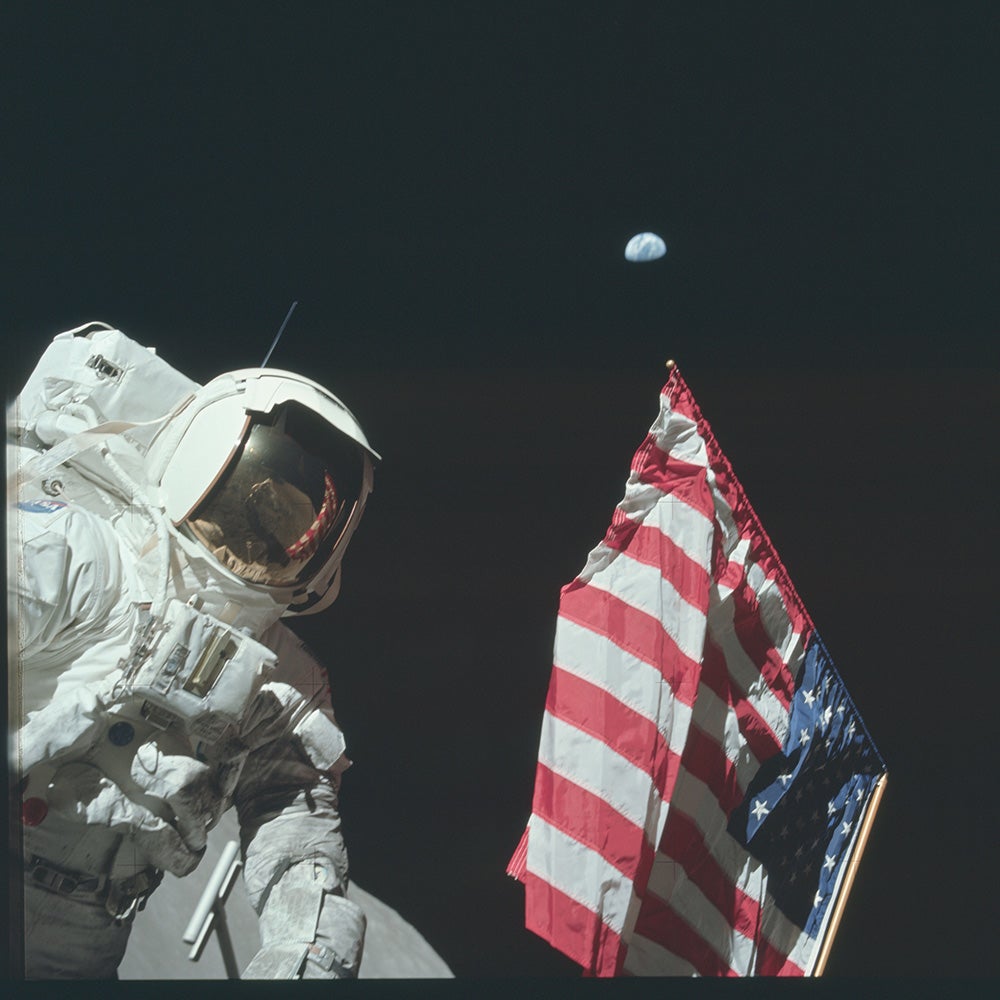 America makes it to the moon. Courtesy NASA
SHARE

Having a moon launch anniversary party? A moon landing anniversary party? Just love to sit around thinking about that good ol’ moon of ours? The 50th anniversary of Apollo 11—the first moon landing—is on July 20, 2019. However it is you choose to celebrate the occasion, our playlist is the perfect fit: We’ve rounded up the music that topped the charts on that historic day and peppered it with bops both old and new that pay homage to our favorite satellite.

Some of the hits in the summer of ’69 (Note: we did not include “Summer of ’69”) give us a glimpse of the starry-eyed musings of artists at the time. “Space Oddity” is almost too on the nose (and was probably pretty depressing for the Apollo 11 crew to hear, yikes) and “In the Year 2525” looks ahead to a super-high-tech (and also super-super-terrible) future. So, when we say “starry-eyed musings,” we really mean “cynical dystopian hot-takes.” But hey, “Aquarius / Let the Sunshine In” is an optimistic tune that’s… technically space-related. We’ve also included a selection of other Billboard toppers released in the months before Apollo 11 to add to the mod mood of your moon shindig.

You’ll notice some more modern tunes that fit the moon landing vibe. Apollo 11 was only the beginning of our species’ dabble in lunar exploration, not the end—so it’s no surprise that space has continued to inspire hits. Take Old Town Road, for instance: When Lil Nas X says, “I been in the valley, you ain’t been up off that porch,” he’s referring to Schroter’s Valley, one of the proposed landing sites for the canceled Apollo 18 mission, as a nod to America’s hubris during the height of the space race.

We hope you enjoy these topical tunes, whether you listen to them while you and your friends drink Mai Tais and do The Jerk or just turn them up while you take in some quality Apollo anniversary content on from PopSci.