Exclusive: Colored Bubbles Have Landed (and Popped and Vanished) 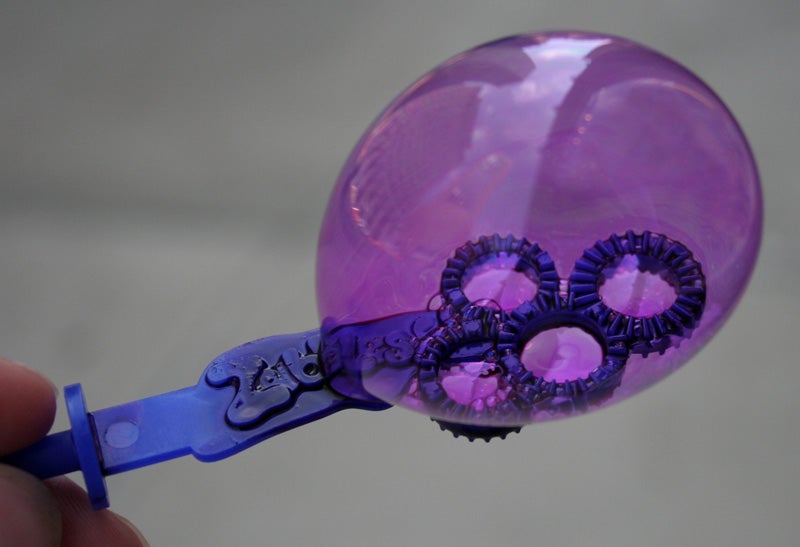 The problem with working for a magazine about the future is that things don’t always—in fact, rarely—happen as you say they’re going to, and readers let you know. The call I’ve been getting harassed about for almost four years now: colored bubbles that don’t leave stains.

In 2005 I wrote a profile of an old friend, Tim Kehoe, a toy inventor who’d spent 10 years trying to solve what should be an easy problem: How do you make colored soap bubbles that don’t stain whatever they break on? If you’re thinking, “Oh that’s easy, just do X,” you’re wrong. Tim tried X. Didn’t work. In fact, it blew up the kitchen and permanently colored the dog.

But as of today, you can buy his colored bubbles, called Zubbles, at zubbles.com and through his iPhone app. And even if you’re not a bubble man, these things will blow your mind. Thanks to some seriously novel chemistry, the stain they appear to leave when they break vanishes in seconds. If only he could make pizza sauce do the same thing. 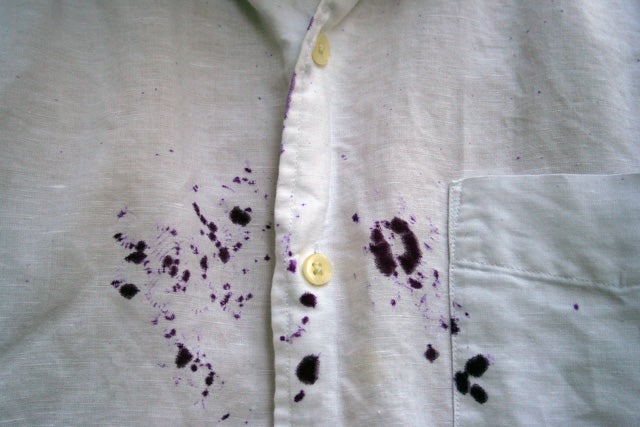 Zubbles On My White Linen Shirt

It was clean 15 minutes later, after the dyes had fully evaporated

Here’s a video of Mahoney and I blowing colored bubbles in the office. Read Tim’s account for the last four years of trying to bring his life’s work to market on the next page.

At the end of our feature on Kehoe, he was just about to sign a deal with a major toy manufacturer to bring Zubbles to market. He picks it up from there.

My life was turned upside down after we received the Popular Science Best of What’s New Grand Award in 2005. I spent the next year talking to the media and fielding calls from, what felt like, every Fortune 100 company in America.

As you may expect, I heard from all major toy companies and amusement parks. But I also received calls from paint companies, insecticide companies, giant consumer product companies, major aerospace and defense manufacturers, leading athletic shoe manufacturers, international chemical companies, Hollywood directors, tons of guys in their own basement labs looking for a little help, and thousands of brides hoping to find a colored bubble that would match their bridesmaid’s dresses. (I still get several of those a week.) At the end of 2005, my partners and I went on the road and met with hundreds of scientists in dozens of different fields.

Having solved the colored bubble dilemma, we spent most of 2006 trying to refine our dyes and the manufacturing process. We had invented several completely new dyes and a few derivatives of existing dyes. But the manufacturing process was long, tedious and expensive. It took three days just to make a few grams of each dye. It quickly became apparent that we needed to radically streamline the production process in order to have a viable product. So we went back to Monster.com in search of another PhD chemist. And, as luck would have it, we found one in our backyard. Robert Balchunis had spent years helping 3M scale new technologies and, after just a few short months, was able to apply his knowledge to the Zubbles technology. He was able to take a three-day process involving expensive equipment, exacting conditions and numerous steps, down to a simple 30-minute process. Armed with a great product, and a simplified process, we began talking to various toy companies.

When it comes to Zubbles, nothing has ever gone smoothly. Ever. It is always two steps forward, one step back. And 2006 was no exception. We entered into a very exciting relationship with a major North American toy company in 2006. We were excited about mass-marketing colored bubbles. Unfortunately, moving from mixing lab quantities in a beaker to making literal tons of the dye proved to be anything but child’s play. The complexities of the chemistry resembled a pharmaceutical more than a toy. So I enlisted the help of Gary Willingham, and the Belgium development team, at Fisher Scientific. Fisher is a pharmaceutical chemical manufacturer with the equipment and expertise needed to manufacture tons of our dyes. After a lot of trial and error, we decided to eliminate most of the new dyes and focus on derivates of existing dyes. Having a novel product is good. But it’s also difficult, expensive and time consuming. And I was running out of both time and money. We had filed our first patents in 2004. The clock was ticking. And several anxious investors were eager to see a return.

The derivatives, or blends, of existing dyes had years of data and testing behind them. Their manufacturing processes had already been fine-tuned and, in most cases, the starting materials were readily available. Even armed with the off-the-shelve dyes, 2007 would continue to be two steps forward and one step back.

We closed our lab in 2007. Fisher had finally scaled a large batch of the dyes. The formulas had been tweaked to provide the best possible color, while remaining an incredibly clean product. On paper, the chemistry side of the business was done. I was in the thirteenth year of my quest to bring colored bubbles to market. I had spent the last two years dealing with attorneys, investors, partners, manufacturers, suppliers and more attorneys. I longed to get out of the office and do something creative again. Our toy partner had moved on by this time and we were getting ready to set out to find a new home for Zubbles when I was approached by a someone running a local family business.

Marc and Jane Matsoff were part of a very successful phonics company and were interested in acquiring Zubbles. They had helped grow their business from the kitchen table to become one of the largest learn-to-read companies in the country. They had a passion for the product and a passion for launching businesses. And they seemed comfortable with the challenges that come with a chemical product. By the fall of 2008, after an extensive period of knowledge transfer, I sold my interests in Zubbles to the Matsoffs and they formed a new toy business, Jamm Companies, with the sole purpose of manufacturing products that utilized the color changing technology developed for Zubbles.

Jamm went about the business of setting up suppliers, manufacturing, testing, bottling, distribution and marketing to bring Zubbles to market. Due to the complexities of the chemistry, Jamm decided to stay close to the production process and manufacture Zubbles in the US. The first bottles rolled off the line this week. Jamm presented me with the very first case of Zubbles. And it was a very strange feeling to finally hold the product in my hand—15 years after I mixed my first batch of dishwashing detergent and food coloring. I can’t wait to hand them out to friends and family, but the very first bottle will go to a Minnesota child named Layton from Monticello Minnesota. I heard from 5 year-old Layton’s family about a year ago. They told me about some of the medical battles Layton has been fighting and how he was looking forward to colored bubbles. I promised Layton the first bottle off the assembly line.

As the Zubbles chapter was finally coming to a close, I wrote a children’s book about an 11-year-old inventor called The Unusual Mind of Vincent Shadow. After a local distribution, I signed a deal with a national publisher and heard from Brad Pitt’s production company, Plan B Entertainment, about the film rights. The book will be available this October. Paramount has purchased the film and invention rights to the Vincent Shadow series.