Dual-Density Sole Provides a Shoe for All Runners

Nike's LunarGlide+ aims to eliminate a now inescapable decision at the shoe store for runners: stability or cushioning? 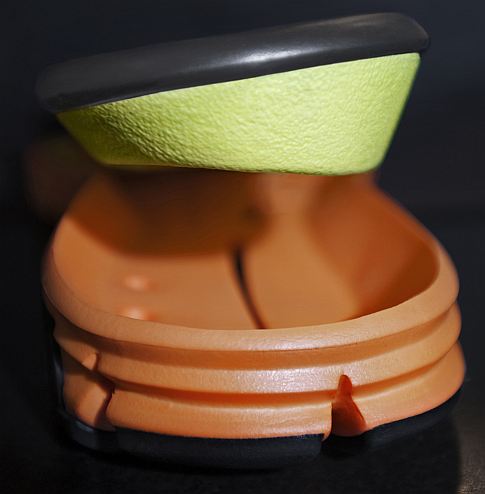 Running shoes for real runners are regularly categorized into two types: stability shoes, for those who over-pronate, and cushioning shoes, for those who don’t. Nike’s LunarGlide+, available July 1 for $100, claims a novel mid-sole architecture described as “Dynamic Support,” which eliminates the need to choose between the two types. But more impressive than that assertion is the simplicity of the design by which Nike hopes to revolutionize the industry.

In a stability shoe, the foot stays in contact with softer foam until it suddenly encounters the stiffer medial block during each stride. Nike’s design replaces the segmented block design with an entire midsole built from two inverted wedged pieces of foam with different densities (see cutaway below). On the lateral (outside) side of the shoe, the softer foam (yellow), which is closer to the sole of the foot, is thicker. On the medial (inside), the thickness of soft foam has decreased, while the thickness of higher-density foam (orange) has increased.

Nike claims runners can now achieve stability through a more gradual transition, and only as needed. Many runners don’t overpronate early in a run but will begin to as they fatigue and their biomechanics break down. The wedged dual-density design ensures such a runner will only contact the higher-density medial foam when its support is needed.

Whether the impact of the design will be as revolutionary as Nike claims is better left to more qualified runners to assess. We’re still not quite sure what makes the support dynamic, but we do applaud a simple solution. Buying a pair of running shoes either requires a Ph.D in biomechanics or a blind faith that the ones with the pretty colors will be good enough. The LunarGlide+ is a simple design easily explained at the local Foot Locker to non-Olympic runners, and sold at a price below other high-end shoes. We’re also intrigued by what doors this technology may open; what other modular solutions could be developed for runners based on their strides? 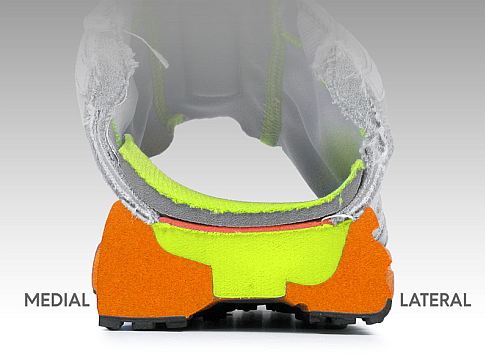