Searching For Dark Matter In the World’s Deepest Underground Lab

Will scientists find dark matter 4,850 feet below the surface of the earth? If not, maybe at 8,000 feet 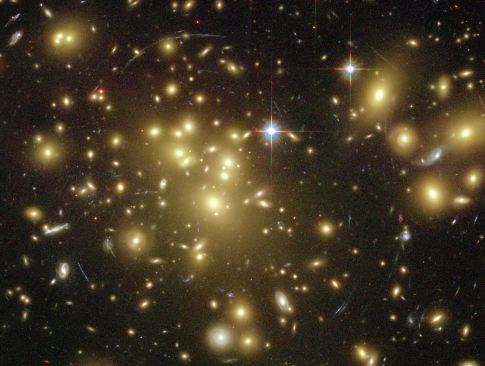 Scientists at Case Western Reserve University, Brown University, and several other collaborators are building an underground science lab where, in a 300-kilogram tank filled with liquid xenon, they hope to find dark matter — the material that scientists believe was instrumental in helping to form the universe.

The deeper they go the better, so the universities are looking to Congress to fund the project, which will cost about $550 million. In addition to this lab, almost a mile deep, it requires building two additional chambers, each 8,000 feet below the surface.

The reason the research is being conducted so far below the earth’s surface is to avoid cosmic rays,which interfere with experiments to find dark matter. The experiment hopes to detect the particles — which are not themselves directly perceptible — by measuring their gravitational effects on other particles.

The underground lab is located in Lead, South Dakota, in the former site of the Homestake Gold Mine. The deeper labs will be built starting in 2012 and finished by 2016.