Charted: Here’s how much your food waste hurts the environment

When you let broccoli rot in your fridge, you add noxious gases to more than just your veggie drawer. 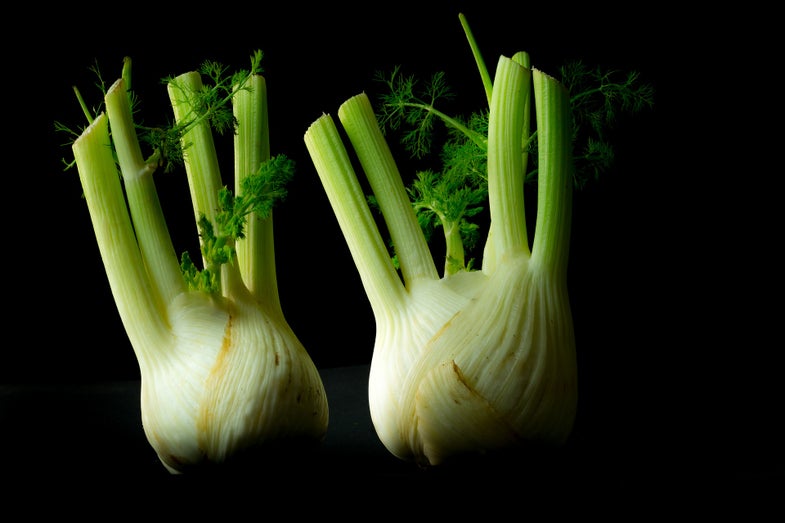 Our species is pretty good at wasting food. Some we discard at the farm for being undersized or oddly shaped. Others we allow to decay in their shipping containers, thrown away before they even reach shelves. We leave even more foodstuffs wasting away in grocery stores, often by letting it sit there until it reaches its sell-by date. As consumers, we don’t have much control over most of the process that brings our food to the grocery store, but we do have control over how much food we personally waste.

Let’s face it: We’ve all found liquified lettuce in our veggie drawers. Don’t fret. It’s arguably impossible to consume 100 percent of the food we buy. But a healthy reminder of the effect food waste has on the environment might help us all to be more conscious of the amount of food we eat—and don’t eat.

Consumer food waste varies extensively depending on the area. In South and Southeast Asia, the Food and Agriculture Organization (FAO) estimates that only around 5 percent of total wastage comes from consumers. Most, instead, comes from the agricultural and handling/storage phases of production. But in America, as in Europe and “Industrialized Asia” (that’s China, Japan, and South Korea), consumers are responsible for about a third of all food wastage. Agriculture also accounts for about a third, and the remaining third is split evenly between the handling/storage, processing, and distribution phases.

That’s no small amount for consumers to be wasting. Globally, we fail to use about a third of all food produced for human consumption. The FAO cites both bad “purchase planning” and “exaggerated concern over ‘best-before dates’” as reasons for the significant wastage on the consumer ends in affluent countries. That is, we buy too much food and let it rot in our homes before we get around to eating it, or we throw out perfectly good food because a printed date says it’s expired. Historically, it’s been difficult to figure out just how much impact any specific food has on the environment.

To estimate a number like that, you have to do what’s called a life cycle analysis. For example, to calculate that amount for a tomato, you’d have to work out which agricultural processes go into farming that fruit. How much fuel does the tractor use? How much energy goes into the fertilizer? And when it comes to meat, how much does a cow burp? How much energy do you need to make the feed for chickens? Interestingly, life cycle analysis doesn’t include the emissions involved in transporting food from farm to market. As Martin Heller, a chemical engineer at the University of Michigan’s Center for Sustainable Systems, previously told Popular Science, “The whole local food movement has really emphasized the impact of food miles, but most of the research points out that that’s not really a huge part of the total. What goes on at the farm is a much bigger piece.”

Engineers and other researchers like Heller have put an enormous amount of collective time into calculating exactly how much greenhouse gas emissions are a tomato or a steak embodies. It’s mostly other researchers who use this kind of data, but we here at Popular Science used it to figure out how wasteful we’re really being when we fail to eat the food in our fridges.

This is just a small sampling of the database, but there’s a trend that jumps out pretty quickly: Meat is extremely polluting; beef most of all. That’s because animals require a lot of feed, which itself must be grown, and that extra step of growing mostly grain-based chow really adds up. Cows also burp methane, which is about 30 times more potent than carbon dioxide as a heat-trapping gas.

You may also notice that oils rank fairly high. Like trendy nut milks, oils have inordinate environmental impacts because they’re purified. A liter of olive oil requires five kilograms of olives (a tree only makes between 15 and 20 in a whole year). That’s why a kilo of the oil represents 3.206 CO2 equivalents, but a kilo of actual olives only represents 0.482 CO2 equivalents.

So the next time you throw out food, think back to this chart. Think about all the fertilizer and tractor fuel that went into making it. And then think about how easy it would be to buy a little less food than you think you might need, or how you could search for recipes to use up that leftover cheese. There’s even a website where you can choose which ingredients you have on hand and it will give you a list of dishes you can make. (Consuming less meat—especially beef—would also help, a lot.) And at the very least, you should make an effort to compost the food you end up throwing away. Otherwise it will continue to produce greenhouse gases as it slowly decomposes in a landfill.

The bottom line is, a third of the food we waste in America gets wasted in our homes, but we have the power to change that.