Meet Hydra, The Coolest Robot Not Competing In The DARPA Robotics Challenge

Its name is short for hydraulic, which is also pretty cool 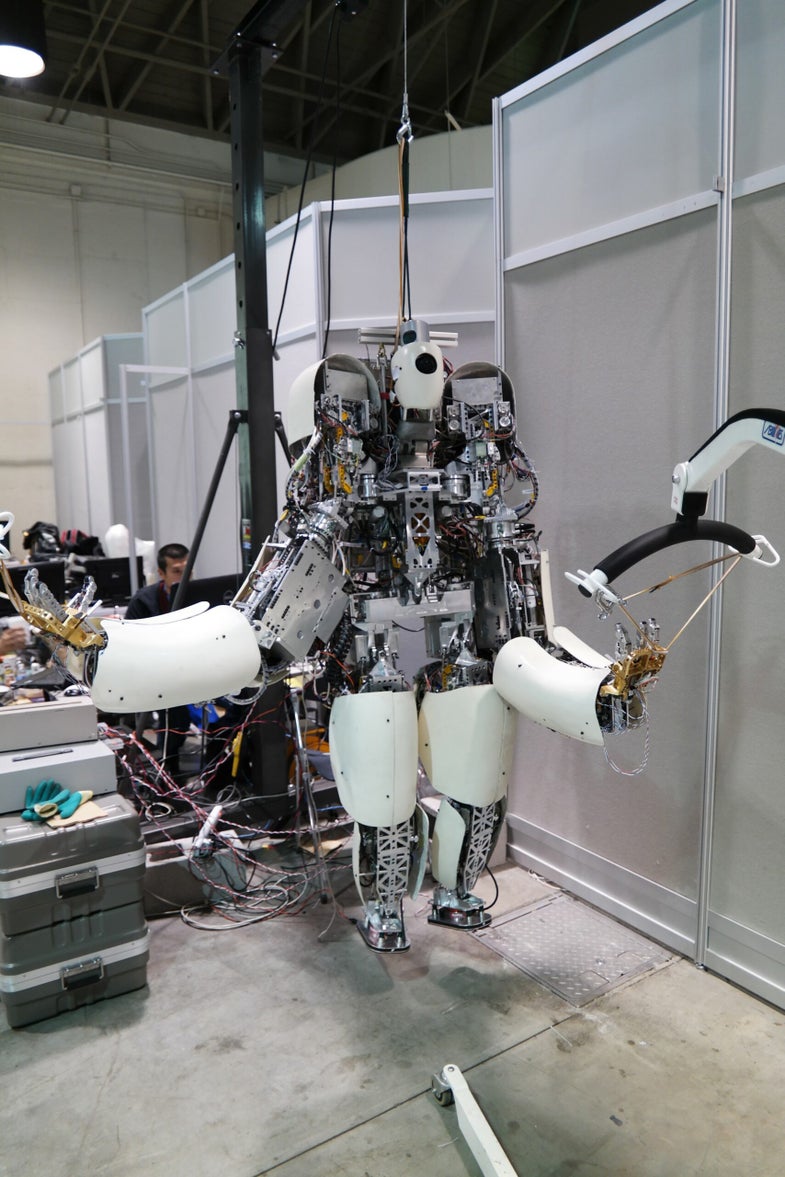 Hydra has two additional white cover plates for its arms, but Team NEDO-Hydra removed them, to show off the hydraulic pumps in the robot's limbs. Erik Sofge
SHARE 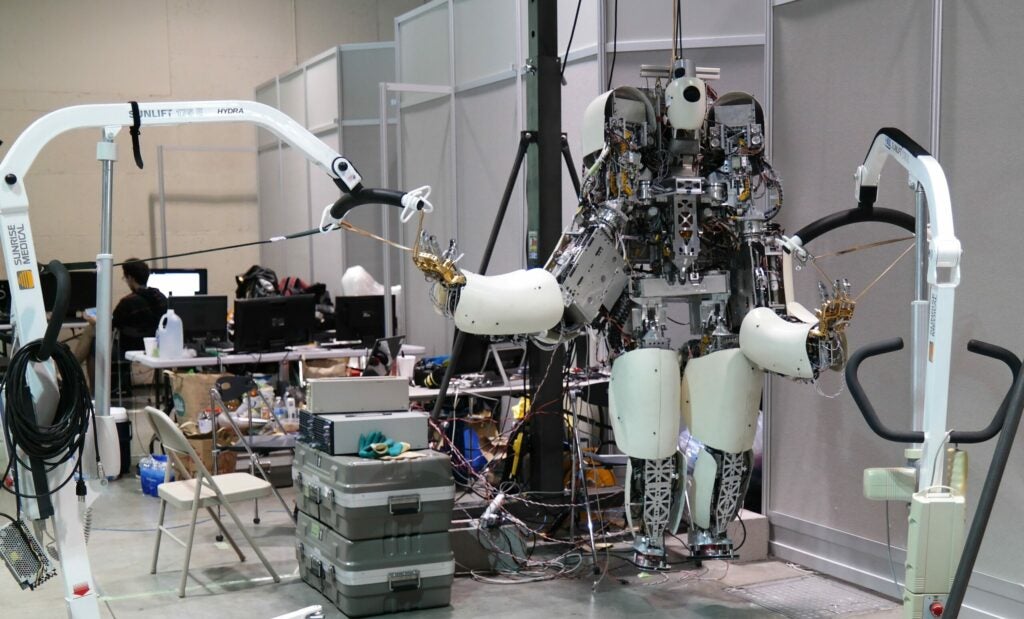 Hydra wasn’t finished in time to take the field at the Fairplex in Pomona, California. Instead, it’s hanging in the team garage, the hangar-like building that, apart from a few tours, is off-limits to the public. Media can only enter if a team invites them in. Hydra, in other words, is languishing in obscurity.

There’s no telling how Hydra might have performed on the simulated disaster course, had it been ready to compete. It’s an ambitious design, though, that uses oil-based hydraulics instead of standard electric motors (the inspiration for its monstrous name). The six Atlas humanoids that made it to the finals also employ hydraulics, but where they have a single, central pump, and a series of valves that regulate the pressure of the oil throughout the robot, Hydra runs on multiple pumps. According to Hiroshi Kaminaga, a roboticist at the University of Tokyo and member of Team NEDO-Hydra, the hydraulic systems effectively take the place of gears at all of the robots joints, except for its neck.

In theory, this approach should make Hydra a powerhouse. “By using the hydraulics as gears, you gain a lot of strength,” says Kaminaga, who was also lead designer for the bot. “The gears are usually the most fragile components in a robot.” Enhanced strength and durability might have allowed Team NEDO-Hydra to move more aggressively through the challenge course. And at 200 pounds, it might have also been less top-heavy than the Atlases, which have taken their fair share of falls at the competition.

Further down the line, Kaminaga believes that Hydra’s distributed hydraulics design could have benefits for robots in impact-heavy applications, such as construction. It might also be useful for robots that work in close proximity to humans. Unlike with traditional hydraulic actuation, Hydra can sense the amount of force that it’s exerting, as well as the force being exerted on it. By knowing its own strength, and yielding when something else (such as a human) pushes against it, a Hydra-like system could be both powerful and compliant, traits that are mutually exclusive for today’s robots.

Unfortunately, Hydra ran behind schedule, and wasn’t even ready to be properly demonstrated at the DRC Finals this year. Team NEDO-Hydra tried to field a smaller backup robot, but technical difficulties forced them to cancel their run. So they rolled Hydra out to the front of their space in the team garage, in the hopes that someone might come across their work in progress.

As of this writing, that doesn’t seem to be the case. The robot that should have been a media sensation isn’t on anyone else’s radar. If that doesn’t change now, there’s always this December, when Kaminaga hopes to present Hydra at an exhibition in Tokyo.