A Chinese website reported that a JSDMF P-3C maritime patrol aircraft, on September 27, tracked a catamaran ocean hydrographic spy ship 260 kilometers northwest of Okinawa. Given its gray color scheme, the catamaran, numbered “232”, is likely to be operated directly by the People’s Liberation Army Navy. It is likely that the 232 was conducting an oceangraphic survey of the East China Sea around Okinawa, as well as possibly listening for any American or Japanese submarines operating in those waters. The as yet unnamed class of ships the 232 belongs to was first launched in 2011, hull number 429 was built at the Huangpu Shipyard. 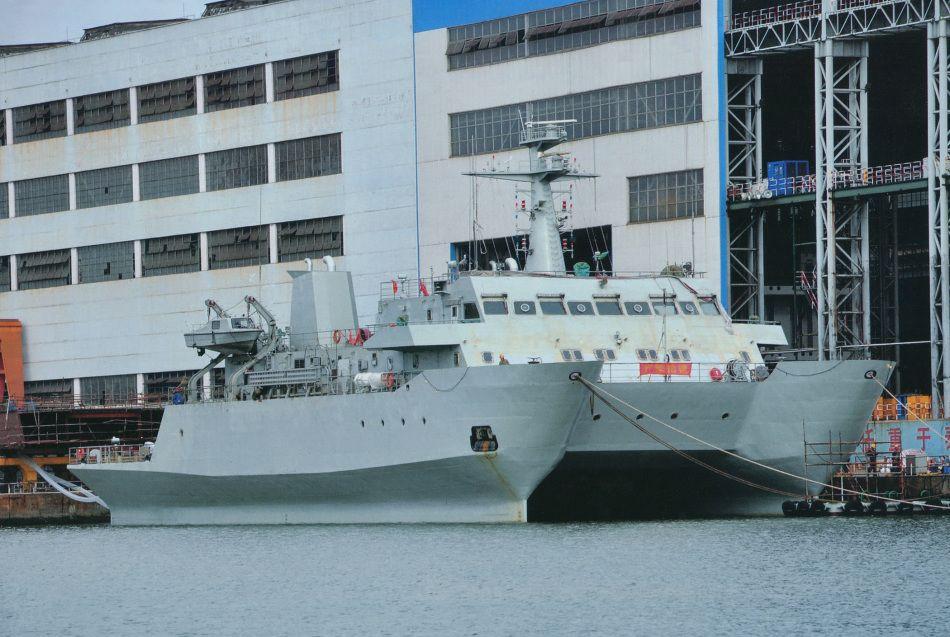 This catamaran, “429”, is apparently the first of the class of spy ships that the “232” also belongs to. 429 was first launched in 2011, around the time that several other Chinese ASW systems like the Y-8Q patrol aircraft and towed array sonars for the Type 056 corvette, were also gestating.

The 232, like the older “992” spy ship and the Type 022 stealth missile boats, is a Small Waterplane Area Twin Hull (SWATH) type of catamaran, meaning that its two hulls are much wider under the water than at the waterline (think of a boat lying on top of two submarines). Compared to traditional catamarans mounted on two conventional hulls, the SWATH design offers greater stability. The 232 is about 55 meters long, and roughly 20 meters wide. This would place its displacement at about 2000-2500 tons, which is smaller than the 5300 ton USNS Impeccable (which itself was involved in an argument with Chinese maritime law enforcement boats in 2009. 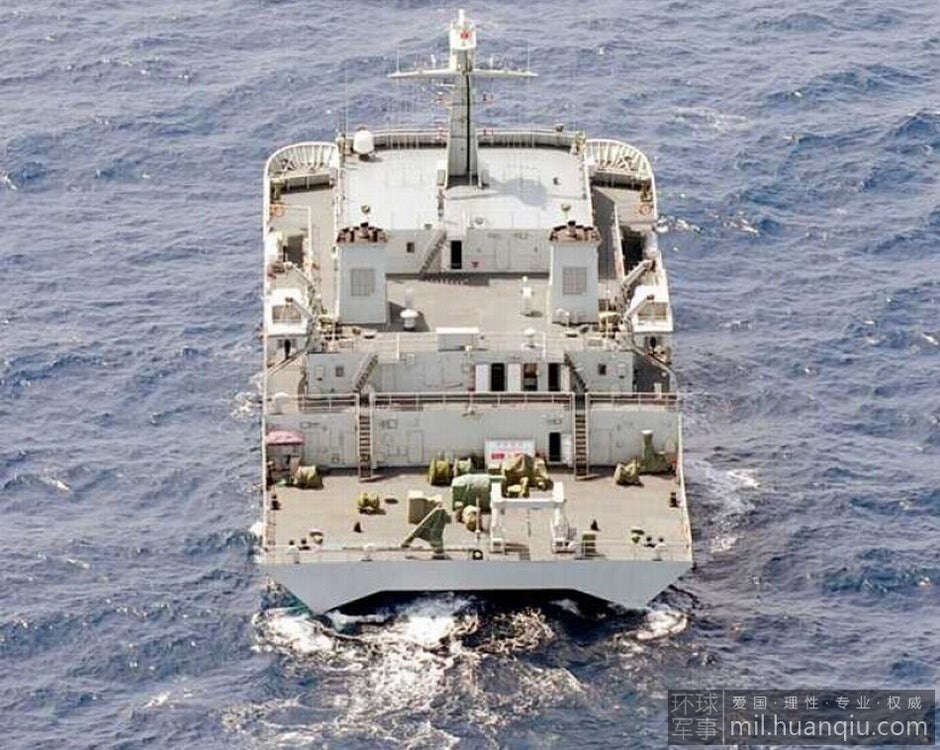 The 232 has a winch at the back, which could be used for deploying and retrieving a submersible vessel (it is unlikely to current hold a Towed Array Sonar line due to the lack of rolling equipment on the A frame). Catamaran hulls are preferred for oceangraphic surveys because they can store a large amount of ocean survey equipment directly in the space between the two hulls. The fast speeds of catamaran ships also means that they can rapidly deploy to areas of interest, as well as run away from enemy forces. 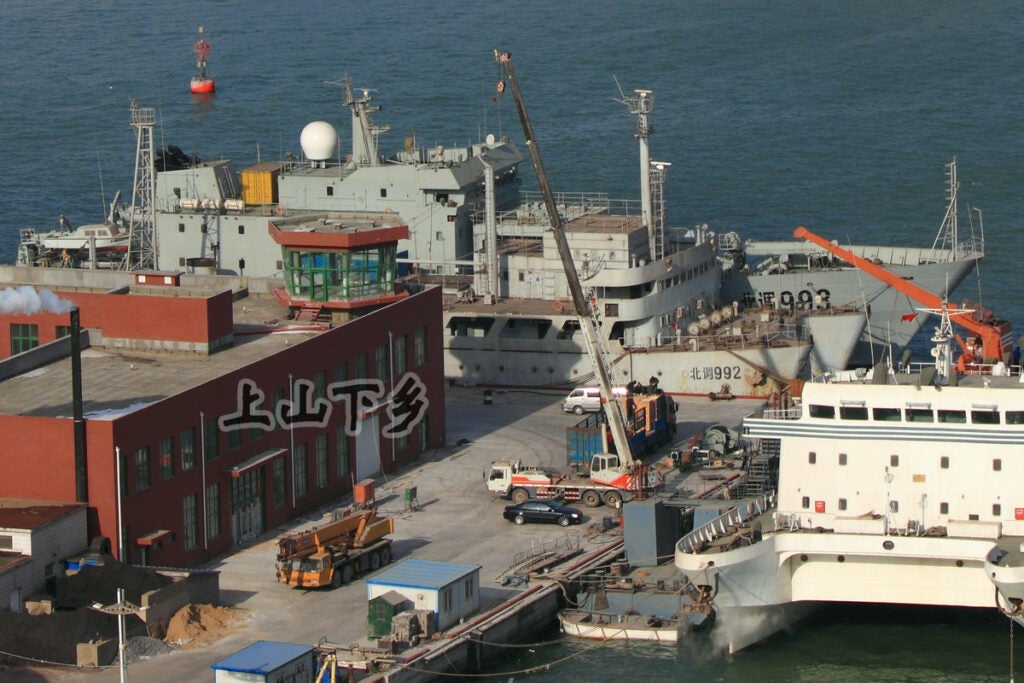 Here, this 2011 photo shows earlier Chinese catamarans, “992”, a naval survey ship which is older and larger that “232”. There is also a large maritime law enforcement catamaran in the lower right hand corner.

The deployment of the 232 suggests that China is making progress in reticifying its longstanding ASW weakness. While the 232 is unlikely to be specifically hunting for foreign submarines, its collection of oceangraphic data like the temperature layers of sea water, local salinity and seabed floors would give Chinese submariners and other ASW practitioners an edge to operate in those East China Sea waters, either by hiding from enemy ASW platforms or to better hunt enemy submarines.