Could A New Injectable Gel Save Lives On The Battlefield? 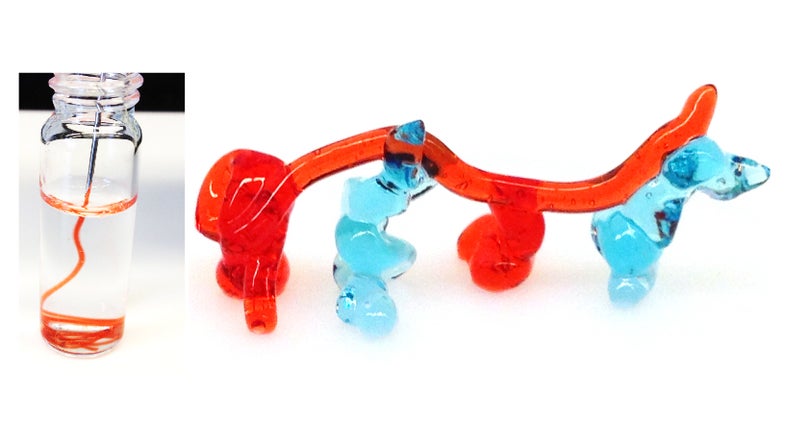 Blood, as the vital and life-sustaining passageway through the body, has a strong incentive to flow as easily as possible — in all cases except that of injury. With a cut or larger bleeding injury, platelets rush to the opening, part of the body’s desperate action to cut off what had moments ago flowed so freely. That switch takes time, and as good as platelets are, in trauma situations or on the battlefield, they might not work fast enough unaided. Now, a team of scientists at Texas A&M, Harvard, and MIT just developed an injectable gel that uses synthetic nanoplatelets to staunch the bleeding.

Described in the journal ACS Nano, the gel carries within it specially made platelets between 20 to 30 nanometers in diameter, but only about 1 nanometer thick. This thin shape makes them virtually 2-dimensional. The edges of these synthetic nanoplatelets are positively charged, while the tops and bottoms of the nanoplatelets are negative. The edges attract to the opposite-charged tops and bottoms of other nanoplatelets, making a layer of nanoscale scales — or the world’s tiniest shield phalanx — when injected in the source of bleeding.

Another challenge in making a coagulating aid is to make sure that it seals the wound and nothing else; then when it’s no longer needed, it can be disposed of by the body. This biodegradable gel puts synthetic platelets at the wound, lets them build a structure while working with the body’s own healing factors, and then remains safely in place. The hydrogel and platelet mixture reduced clotting time by up to 77 percent when compared with the blood’s natural clotting abilities. In animal testing, all subjects treated with the gel survived a 28-day period without hemorrhaging from their old wounds. Moreover, the gel is totally biodegradable, which means that it can be absorbed into the wound once it has served its purpose, eliminating any need for surgery to remove it.

Biomedical engineer Akhilesh Gaharwar, lead author on the study, says he envisions that soldiers could carry this material into battle in pre-loaded syringes, allowing for life-saving coagulation after suffering a wound when help is hard to find. But how long will that take? “Maybe in the next five to seven years, we can expect to see syringes full of this hydrogel that can be included in a first-aid box,” Garharwar tells Popular Science. “Apart from out-of-hospital, emergency situations, we expect that this technology can be used in operation theater.” 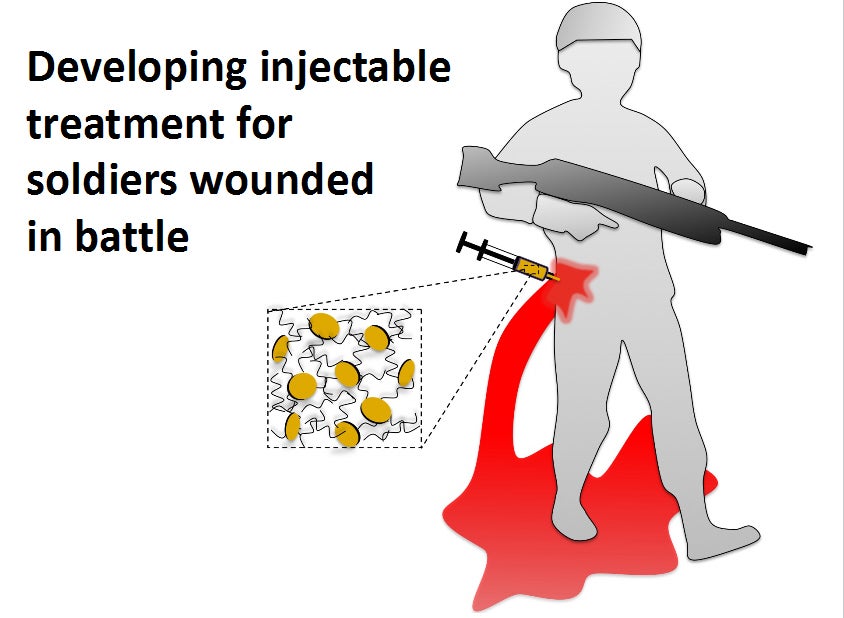 Gaharwar isn’t alone in hoping for that outcome. The U.S. Army Research Office supported this study, and it’s easy to see why they would want a fast-acting battlefield coagulant.

“What excites me about this hydrogel, I know we tried foams that were light and washed away, but hydrogel is very dense,” John Steinbaugh, a former Army Special Operations medic, tells Popular Science. “And what I understand about the technology is the gel is dense enough inside a wound cavity that the pressure of the blood’s not going to wash the gel away. It’ll allow it to get down in the wound, conform to the wound cavity. It looks very promising.”

Since his time in the service, Steinbaugh’s helped develop the XStat, a special syringe full of sponges designed to stop battlefield wounds from bleeding. Steinbaugh’s chief reservation about the gel, however, is how well it’ll work in cold environments, like battlefields in the mountains of Afghanistan. “So if I’m dressing a wound and it’s 15 degrees outside, is that going to affect the gel? Is the gel going to be frozen in a block where it can’t be injected in the body? That’s a downside. If it can’t be used below zero that’s a down.”

But just because the obstacles exist doesn’t mean they’re insurmountable. Steinbaugh concluded: “I think those are all things those guys are already thinking about, and they’re going to solve.”

Joe Landolina also has some experience with making gels to treat wounds. His company, Suneris, makes VetiGel, another gel designed to go on wounds and stop bleeding. Instead of nanoplatelets, VetiGel creates a mesh on the site. Here’s how Landolina describes it: 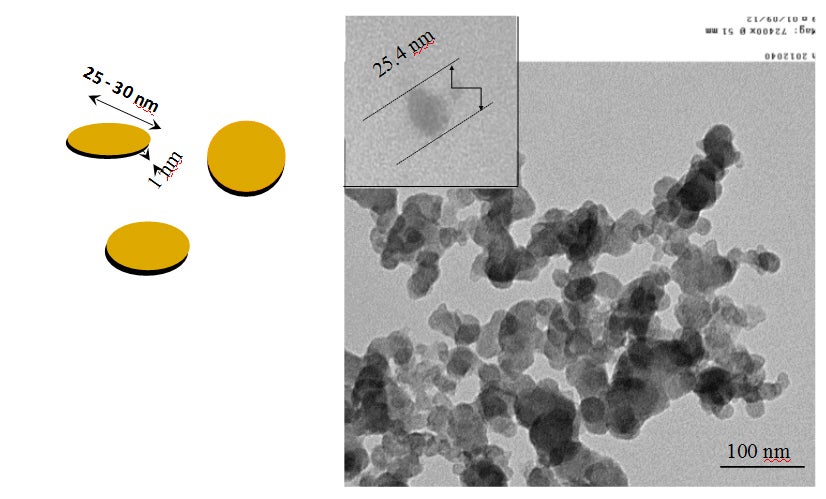 What does the future hold for this hydrogel? “The next step in developing this hydrogel is to make it ‘bioactive,'” says Gaharwar.

“I would say from this paper it’s very early stage,” Landolina said, when asked about this new hydrogel. “What we know in the hemostatic industry is that what works on a rat doesn’t always work when you scale up. That being said, what we’re working on is a gel, so we firmly believe that a gel or a technology that can conform to the wound, whether that’s a gel or some other modality, is the ideal type of hemostatic agent.”

So in the future, when combat medics scramble to stop a battle wound, they won’t just be looking for a way to salvage the situation. They’ll be reaching for a salve.