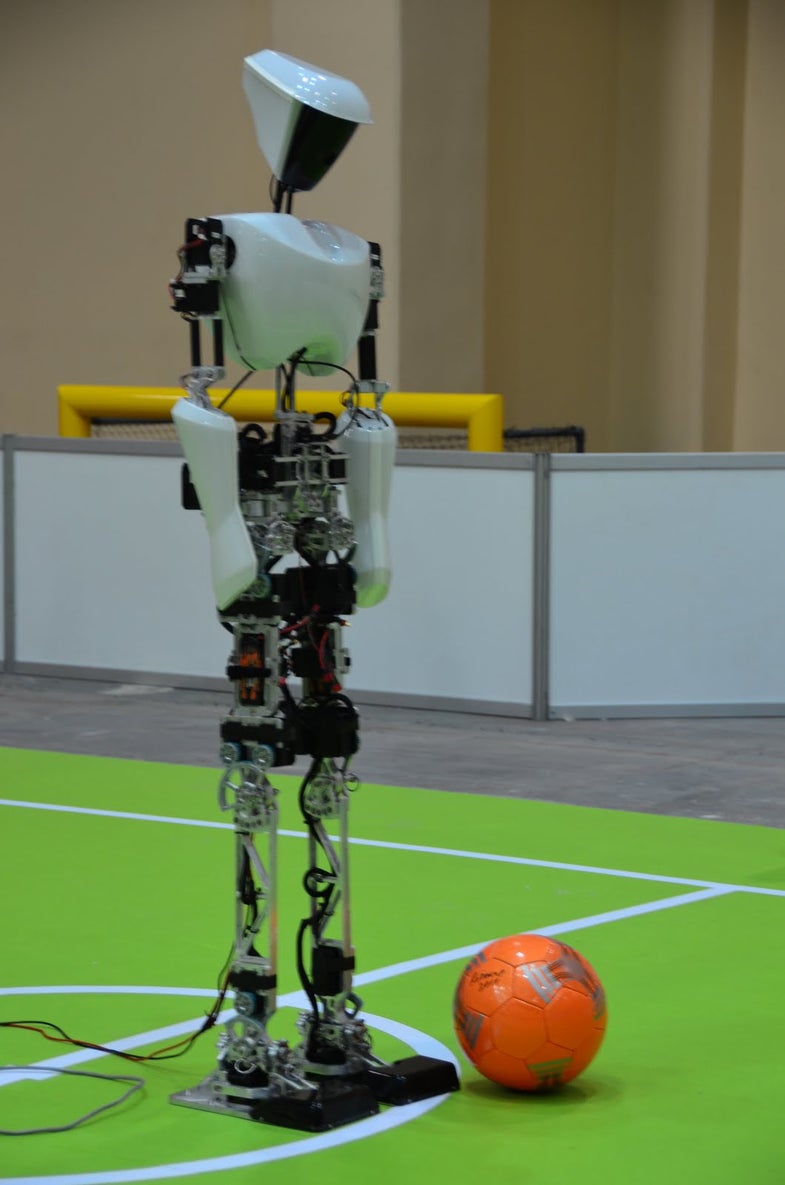 In the finale of RoboCup 2011, two Virginia Tech robots took top honors in the adult-size and child-size categories. The full-size humanoid CHARLI-2, making its public debut at RoboCup, won the adult-size robot soccer match with a penalty kick, beating Robo Erectus of Singapore 1-0.

Dennis Hong’s RoMeLa team from Virginia Tech (which is located in America, so feel free to chant) suffered a few setbacks early on, including an accidental decapitation that required a trip to the robot ER and some super glue. But CHARLI quickly rebounded to beat Dutch Robotics 3-0, and tied with team JoiTech, 0-0. The RoMeLa team kept a blog of the weekend’s events here.

Punctuating its victory in the competition, CHARLI also won the coveted Best Humanoid Award, a.k.a Louis Vuitton Humanoid Cup, Hong said in an email. He said the award, considered the most prestigious honor for humanoid robots, will make its debut on U.S. soil. The crystal trophy was in Japan for seven years before going to Germany for two years. Now Team CHARLI has captured the honors for the US.

Apparently CHARLI did not play so well at first, kicking the ball out of bounds and ambling awkwardly, but ultimately it performed better than expected — in a match against Team Hephestus, CHARLI won 4-1, the highest-scoring humanoid robot ever.

In an e-mail to friends and supporters, Hong said CHARLI was “the super star at the venue, with hundreds of spectators gathering at its games to watch its impressive performance.”

CHARLI-2 is an update to the first CHARLI, to whom we introduced you last year.

In partnership with the University of Pennsylvania, the RoMeLa team also built the pint-sized open-source DARWIn-OP, “Dynamic Anthropomorphic Robot with Intelligence,” which won first place in the Humanoid Kid Size competition. The Astro-Boy robot was particularly skilled at the throw-in competition, wherein a robot must pick up a soccer ball and throw it back onto the pitch. 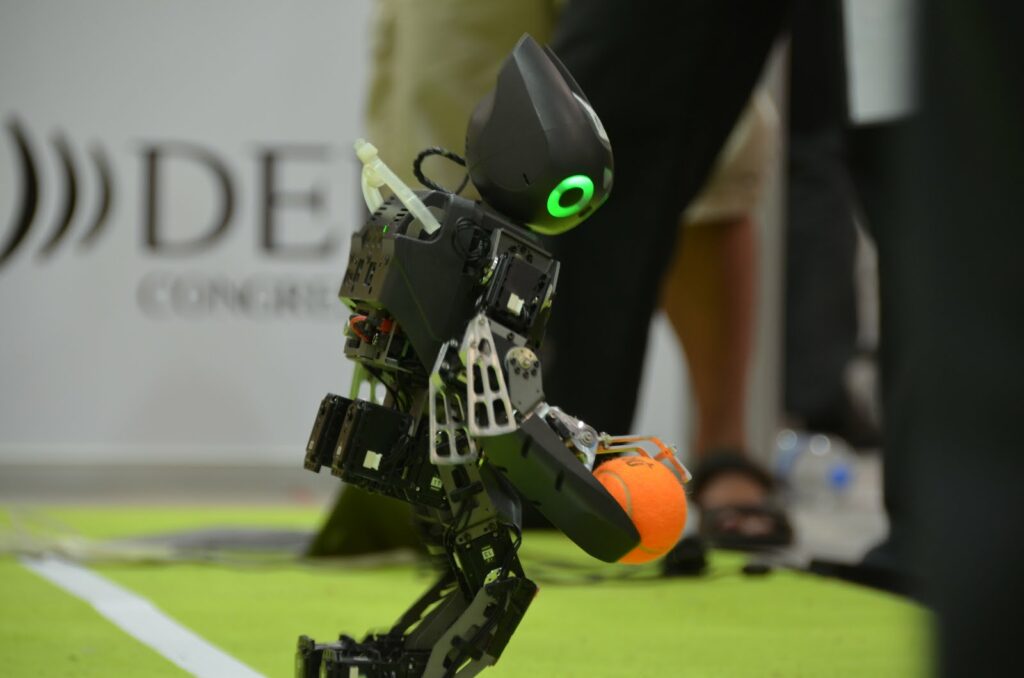 Despite CHARLI’s dour, adolescent I-hate-everything pose up above, the RoMeLa team did not win the teenage robot category — those honors went to the University of Bonn, maker of the Dynaped and Bodo robots. (RoMeLa did not enter that category.)

The annual RoboCup tournament highlights robotics research around the globe, pitting respected research teams against each other in a sporting event. The project aims to build a team of robots that can play soccer against humans by 2050. Judging by the winners’ awkward, jaunty movements, we may have a long way to go.

But Hong points out that the “kid size” competition is exciting already. “When the kid size first started, it was as slow and boring as the adult size of today, so expect great things coming for the adult size too in the next few years,” he wrote in an email to PopSci.

No matter their size, it’s still pretty fun to watch: