The Chinese Army Gets A Smart Grenade Launcher For Christmas

You Can't Hide From These Smart Grenades 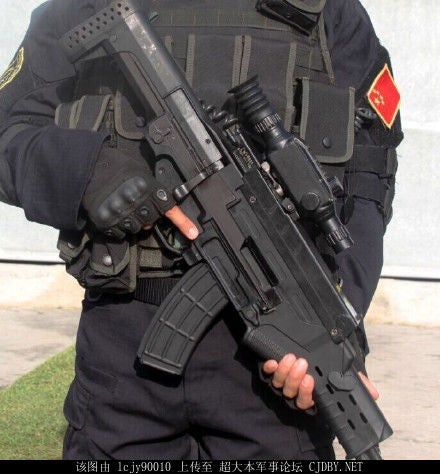 This ZH-05 is a Chinese smart grenade/rifle, with a 20mm grenade launcher that can fired munitions programmed for individual engagements. China's development and field of smart rifles and micro attack drones are the first wave in Chinese innovations for infantry weapon technology, coming soon to the 21st century battlefield. lc jy90010
SHARE

China’s ZH-05 integrated assault rifle has proliferated in PLA service. The ZH-05 has already seen service with the Chinese Marines during anti-piracy patrols around the Gulf of Aden. Since then, this futuristic assault rifle has been fielded with elite PLA units and special forces; the ultimate goal is apparently to give each marksman in a PLA infantry fireteam (two fireteams a squad) a ZH-05. 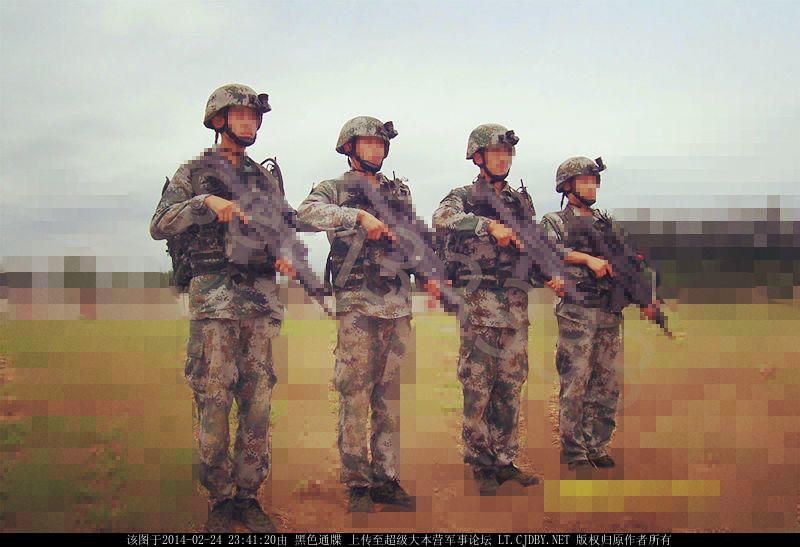 This February 2014 picture shows PLA personnel testing the ZH-05 smart rifle (the rifles have been pixelated for security reasons). Notice helmet mounted cameras, which are likely to be linked to the ZH-05’s scope and fire control computer. While it is unlikely that every member of an infantry squad would get a ZH-05, the marksman in a four person fireteam would likely be equipped with one, to replace the QBZ-95 assault rifle with underslung grenade launcher.

What makes the system so appealing is how it combines the rapid fire action of an assault rifle with a programmable, multipurpose 20mm grenade launcher. While the computerized targeting system, underslung assault rifle and the 20 mm “smart” grenade launcher gives the ZH-05 a passing resemblance the cancelled American XM-29 and South Korean K-11 smart grenade launchers, it’s actually a whole different beast. For starters, the ZH-05 weighs at about 5 kg, compared to the K-11, which weighs 7.2kg. The ZH-05 uses a simple digital camera for targeting, though it would be a simple matter to switch in a night vision capable infrared scope. A 5.8mm assault rifle is based off of the QBZ-03 assault rifle, while the grenade launcher has a 700m range. 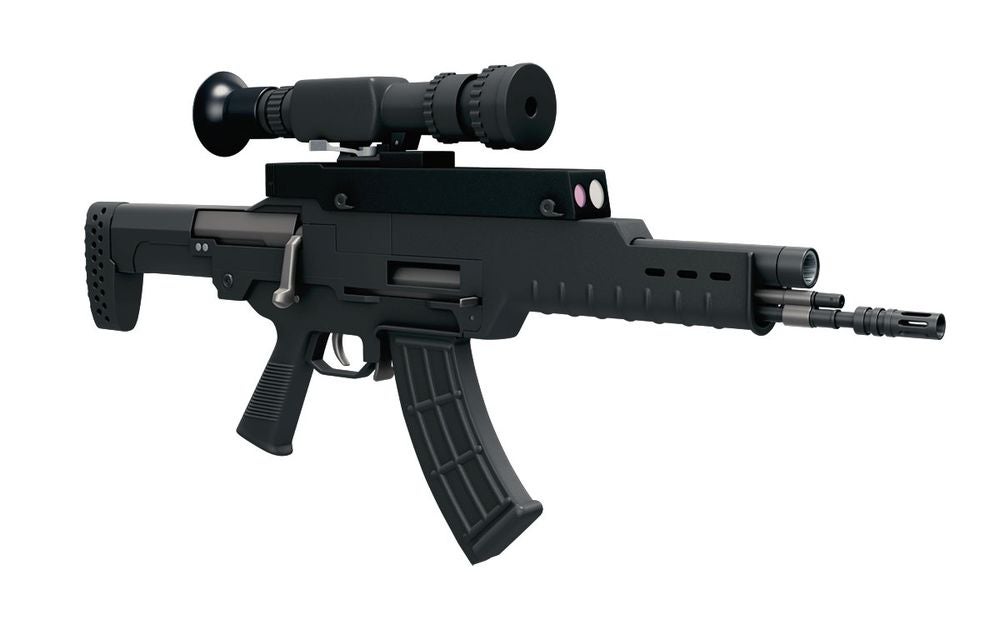 This computer generated image allows a good look at the ZH-05’s features, including the laser rangefinder (the two lens built in between the grenade launcher barrel and scope), as well as the 5.8mm assault rifle/carbine, which would be used in closer ranged engagements.

Using the laser rangefinder and digital sights, the operator programs the 20mm grenade to explode at a certain distance, such as airbursting over enemy foxholes. Unlike its magazine fed American and Korean doppelgangers, the ZH-05’s lighter single shotgrenade launcher makes it easy to switch between mission specific ammunition during a firefight. That’s the same idea behind the ubiquitous M203 grenade launcher slung under American M-16 rifles. More importantly, Chinese 20mm smart grenades are superior to their American and Korean counterparts, since the single purpose grenades have smaller electronics, and thus more payload space. Currently, there are three 20mm grenades for the ZH-05; an anti-personnel airburst grenade, a shotgun style canister grenade and an anti-material impact grenade. The canister grenade, which directs a spray of lethal pellets, has received praise from Chinese troops as a “long range shotgun”. The canister grenade could also be a nifty way to shoot down small enemy quadcopters and UAVs. 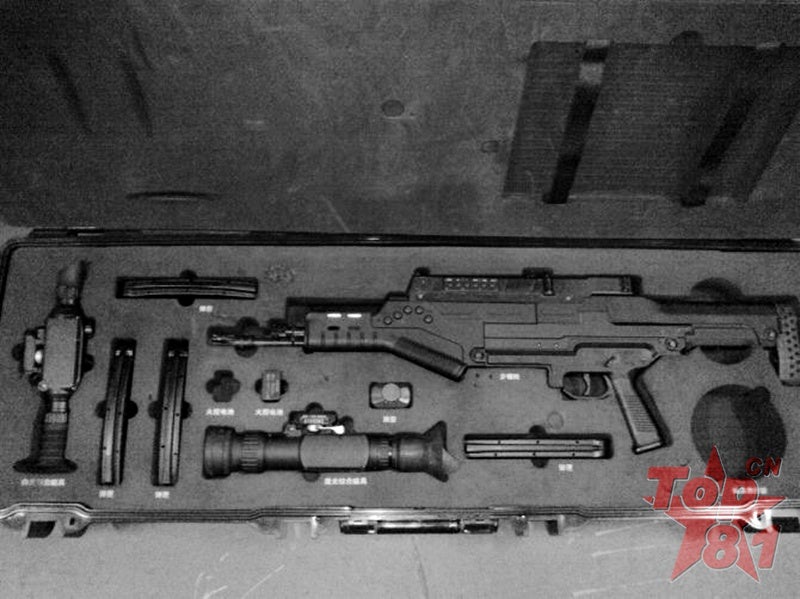 This case contains the components for the ZH-05; the weapon itself is in the upper right of the case. There are two scopes, one for daytime usage, and the other presumably a thermal or night vision scope for nighttime operations. The ZH-05’s firing computer is built into the top of the rifle, under the scope mounting.

The ZH-05’s current success shows the ability of China’s defense industry to develop innovative solutions to problem plagued high tech equipment. While the XM-29 and K-11 have been plagued by high weights that make them expensive and difficult to carry, the 5kg ZH-05 weighs less than a 6.5kg M40 sniper rifle. 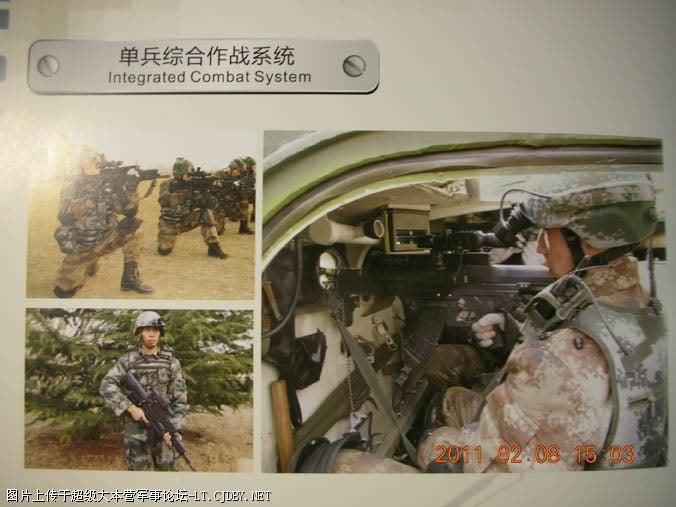 The ZH-05 smart rifle had been in development since before 2010, including significant testing. Changes made in development included changing the magazine feed grenade launcher to its innovative single shot iteration, as well as weight savings from using lighter polymers for the assault rifle casing.

The ZH-05’s simplicity, ease of use and flexibility could make it the AK-47 of smart rifles. At the very least, the ZH-05 could give Chinese soldiers the edge in future urban combat and special operations.