The program is called the Subterranean Challenge. 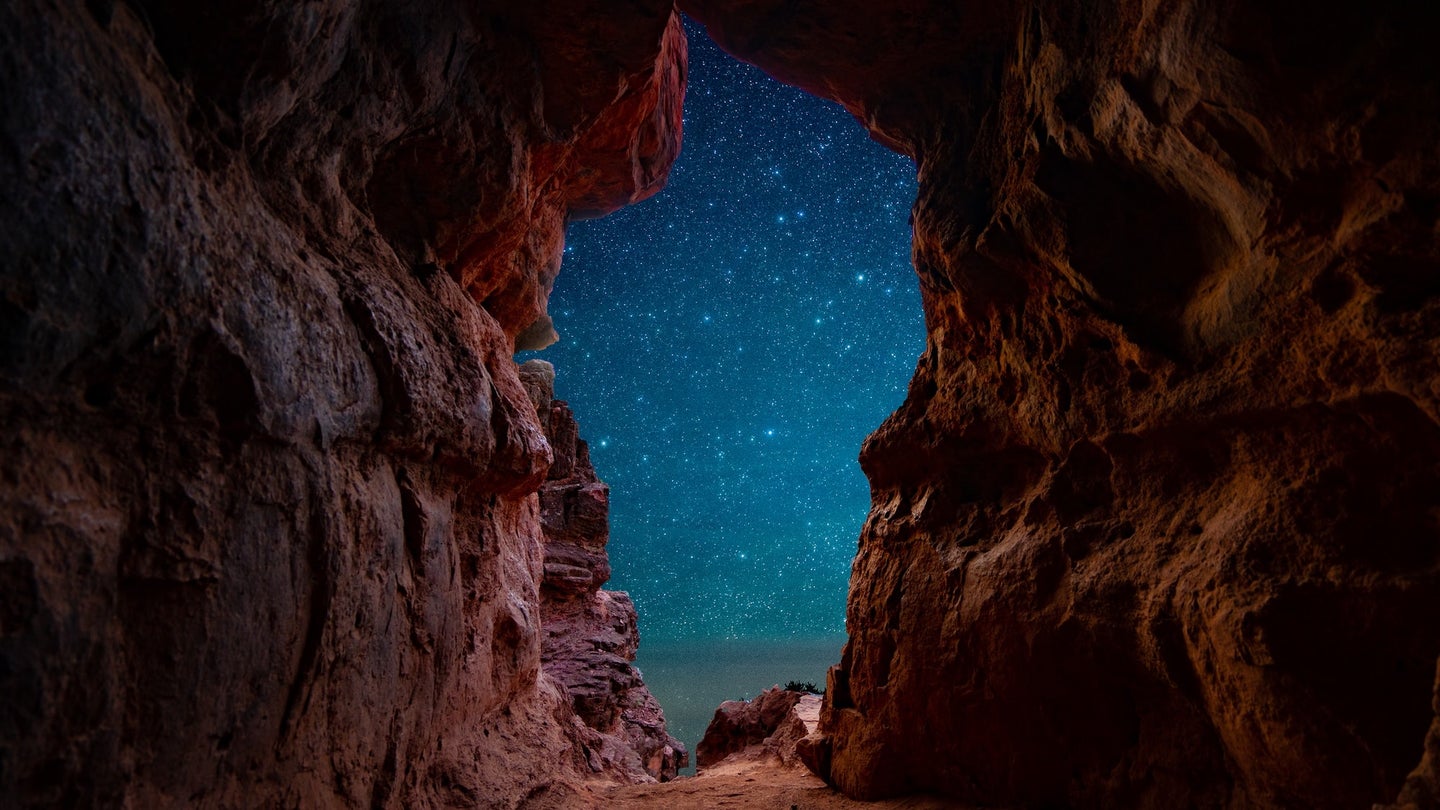 A view of stars from a cave. Tom Gainor on Unsplash
SHARE

A cave is a terrible place to fight a war. Sound travels in unfamiliar ways. Light, to the extent that there is any, must be brought into the cave. Thick stone walls and irregular surfaces make it difficult for people to travel on foot and for radio signals to move through the air. Since 2018, DARPA, the Pentagon’s advanced future projects wing, has supported a competition to train robots to navigate underground, with minimal aid from humans.

Called the Subterranean Challenge, and abbreviated “SubT” on everything from hashtags to graffiti-style stickers passed out to press, the competition is promising a total of $5 million in prizes to the teams that can make the most useful autonomous machine to navigate, map, and search the underground environment, looking for specific objects. This will take place in a physically built-up competitive space, crafted by designers for DARPA.

In underground complexes, like tunnels or caves or built-up urban environments, autonomy is essential. While useful in all domains, like open fields, aerial flights, or on the surface of the sea, autonomy is especially crucial in places where human operators cannot reliably send and receive signals. This is true for robots underwater, and it is especially true for robots underground.

[Related: Going caving? Bring these essentials underground with you]

In January, DARPA announced the location and date of the final competition for the Subterranean Challenge. The physical event will be held at Louisville Mega Cavern in Kentucky in September. The excavated cavern is a former mine converted into an industrial park, and it also houses a family amusement park. In previous competitions, these robots have looked for items like cellphones playing video, backpacks, or mannequins dressed in construction uniforms with special thermal packs so they can be seen by infrared cameras, all with what little human assistance can be relayed into the cavern.

While there are military applications of all DARPA funds, one of the more up-front goals for the SubT Challenge is figuring out future search and rescue. This can be in caves, and it could also be in more familiar, built-up underground environments, like the basement of a skyscraper, a collapsed parking garage, or even a subway tunnel.

A robot that can autonomously navigate to a trapped person, transmit information of that discovery back to humans, and safely return to the surface could be an invaluable aid to firefighters or other rescue personnel.

[Related: This is how, and why, explorers go cave diving]

It could also help the US military fight battles in one of the most inhospitable battlefields known.

The impenetrability of caves makes them invaluable as hide-outs. With time and familiarity humans can understand how to navigate a cave complex, and turn it into everything from a semi-permanent residence to a base of operations for military action. For a newly arrived military force, there are two basic approaches to fighting in a cave: treat it as an obstacle and route around it, or to do the dangerous work of exploring, on foot, with the possibility that lurking inside is a foe with eyes adjusted to the light, who knows the terrain better than any interloper could.

In the 1960s, Army doctrine preferred a demolition-first approach to caves. By the 1980s, that shifted to favor cautious, armed exploration, likely drawing on the experience of the US military in actual cave fighting in Vietnam. Introducing robots that can go into caves ahead of people means shifting the risk. It also means putting advanced sensors at the head of any scouting force, which is useful so long as it can transmit what it sees to people.

A robot in a cave can still be ambushed and broken, but for the people entering the cave, it’s a lot safer to send in the bot first, and have humans follow behind it. In March 2020, the bodies of US soldiers who died fighting in a cave in Iraq had to be extracted by a special forces team, which brought in a hoist to recover the remains.

At February 2020’s Urban Challenge, the second stage of DARPA’s SubT Challenge, held in a never-finished nuclear reactor complex outside Elma, Washington, teams used a vast array of robots. These included the Spot robotic quadruped made by Boston Dynamics. Competitors fielded everything from custom uninhabited blimps to a heavier tracked rover carrying a quadcopter on its back. To better extend the distance of radio control into the complex, some teams had robots that could litter their path with mobile relays, extending signals through an ad hoc network of repeaters.

Like other DARPA challenges before it, the end goal of the Subterranean Challenge isn’t so much a specific, saleable prototype, ready to hand off to a military laboratory for further iteration. Instead, the competition is structured such to catalyze a nascent field, like autonomous underground navigation. With the spark from DARPA, and the lure of prize money, the challenge builds the seeds of a new field, one that spectators from industry and the military are free to actively support going forward.

With the final challenge still months away, it is not yet clear what form and code will take a robot to victory. What can be safely guessed, though, is that this is just the beginning of the military’s interest in autonomous underground robotics, and that there will be more similar work to follow.