The government research agency says it will spend $150 million to develop a fast airplane that can take off and land like a helicopter. 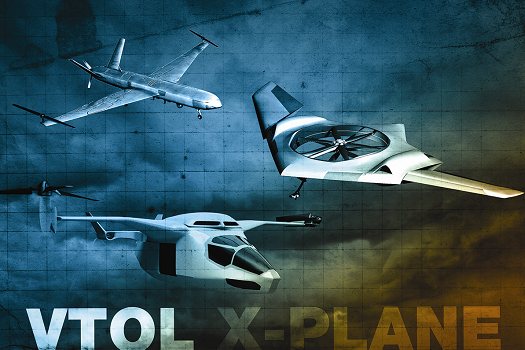 The most useful aircraft in the world would take off, hover, and land like a helicopter but fly as fast as a plane. Decades of research toward this goal have resulted in very few usable, effective designs. Of those, the V-22 Osprey is the most (in)famous: After early years marred by fatal crashes, costs rose to $36.5 billion and development dragged on from 1989 to 2007.

Today, the Defense Advanced Research Projects Agency announced it wants to go back to the drawing board for a new Vertical Take-Off and Landing project, called the VTOL X-Plane. The new program is DARPA’s plan to kick-start private industury into creating a completely new type of aircraft. Project head Ashish Bagai says he wants nothing less than to spark a paradigm shift.

DARPA, which plans to put $150 million toward development of the X-Plane, is leaving the particulars of the aircraft’s design wide open. Bagai says the new plane could be manned or unmanned and should have applications beyond just military. The agency expects to see a test flight in 42 months and hopes the chosen design will have demonstrated additional capabilities in 52 months.

Many of the uses envisioned for the VTOL X-Plane are tasks currently performed by helicopters: search and rescue, transportation of troops, surveillance, and delivery of special operations forces. The major added feature of the X-Plane will be the ability to go from take-off to arrival much, much faster: The project has set a performance standard at greater than 300 knots, or almost twice as fast as a state-of-the-art helicopter can go today.

Improved speed is the main goal for the X-Plane, but it’s hardly the only one. DARPA also wants greater hover and cruise efficiency than existing helicopters. The final major design criterion is a useful load of over 40 percent of the aircraft’s total weight. Not only should the new aircraft be faster than a helicopter, it should be more powerful, more efficient, and lighter, too.

Reaching these goals is not guaranteed; during a DARPA conference call last week, one reporter brought up a whole wheel of attempted and failed VTOL concepts, referring to it as the “Wheel of Shame.” Bagai countered that it could also be seen as a wheel of fortune or opportunity, noting that many technologies in earlier eras have been redeveloped in modern times (though as airship enthusiasts will note, this hasn’t always met with success.) 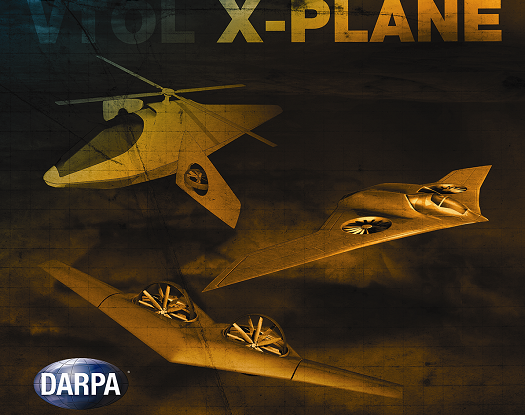