In early September, a CCTV-4 newscast announced that the PLA had a new “Heavy Sword on Land, China’s Tactical Ground... 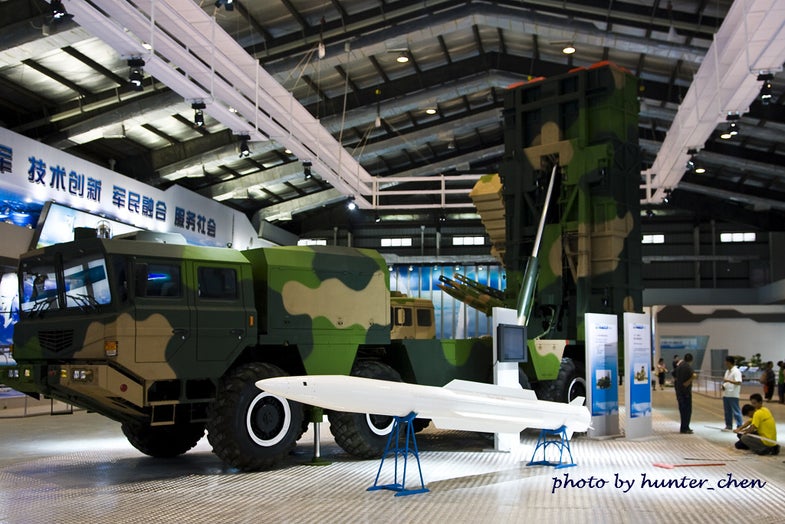 Seen here at the 2010 Zhuhai Airshow (before being removed), this all terrain SY-400 TEL vehicle isn't just restricted to SY-400 rockets, it can quickly reload with ballistic missiles or smaller rockets thanks to its modular ammunition canisters. Hunter Chen
SHARE 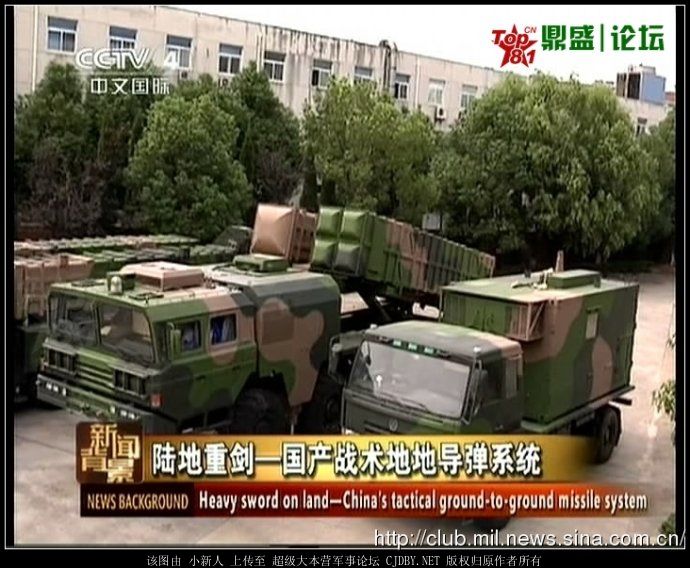 Dubbed as China’s “Heavy Sword on Land”, the SY-400 is a heavy, long range rocket with a 200kg warhead. What makes it different from its Cold War cousin is that its satellite navigation system and operator guidance gives it high accuracy to strike hardened targets like command bunkers and missile defense sites. As if that’s not enough, the TEL vehicle is armed with a single missile canister on its right side; that missile is an even larger, 300-400km BP-12A SRBM with a 480kg warhead that’s every bit as accurate as its smaller cousin.

In early September, a CCTV-4 newscast announced that the PLA had a new “Heavy Sword on Land, China’s Tactical Ground to Ground Missile System.” The 400mm SY-400 precision rocket was first shown to the public at the 2008 Zhuhai Airshow, though it was apparently quickly yanked from public view due to its sophisticated and sensitive technology. This suggests that the SY-400 is intended to equip frontline PLA artillery units at the division level in high risk areas like the Taiwan Straits and North Korea border. The introduction of the SY-400 into service demonstrates another Chinese success in training, commanding and operating networked, multi-platform attack systems. 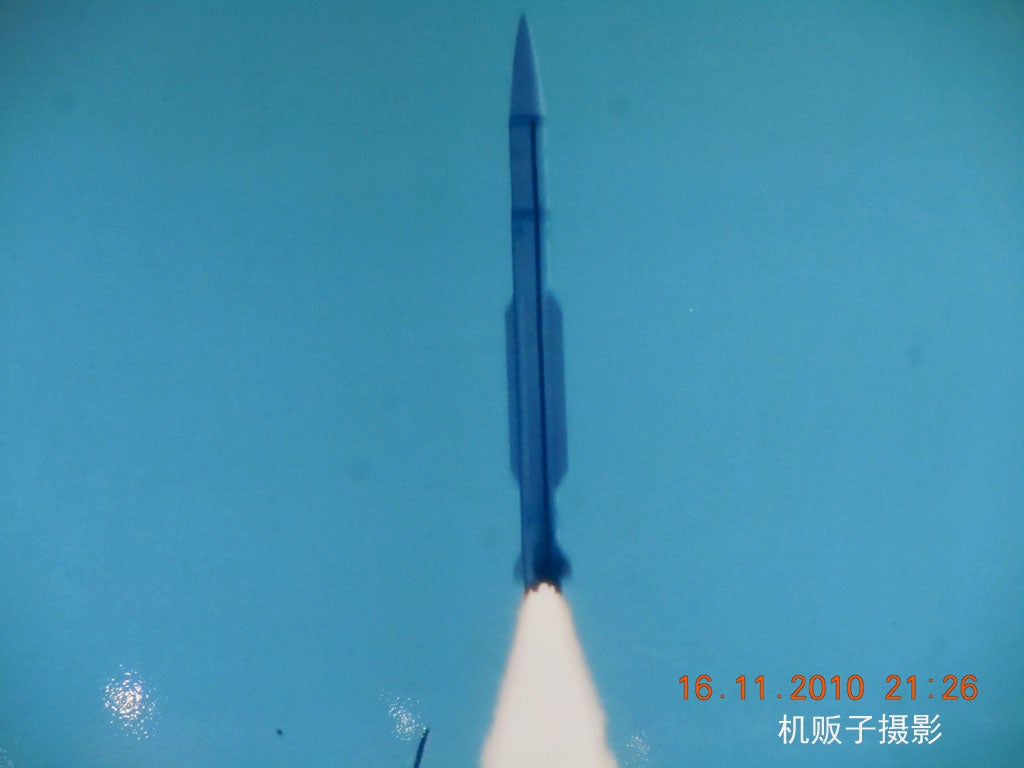 This SY-400 test in November 2010 shows that the rocket uses mid body strakes and rear mounted fins to gain high maneuverability, just like a surface to air missile, to hit ground targets despite its high supersonic speed.

The new long range rocket is identified as the SY-400, a 180km ranged rocket with a 200 kg warhead, a two way datalink between the missile and launch vehicle, and is guided by satellite and inertial navigation system. Each transport erector launch (TEL) vehicle can carry 8 SY-400 rockets, 10 TEL vehicles compose a battalion, along with fire control, scout and reloading vehicle. The multipurpose TELs can use the crane equipped reloading trucks to resupply quickly by winching in new rocket magazines. Just like the U.S. M270 Multiple Rocket Launcher System, the SY-400 TEL vehicle can switche between different caliber rockets, by carrying two 400km ranged BP-12A short ranged ballistic missiles, or 12 300mm PHL-03 heavy rockets. The SY-400 is likely to use its high speed and precision guidance to attack high value targets of opportunities like grounded enemy aircraft, air defense sites and command centers, as well as fixed installations such as ammunition depots and bunkers. 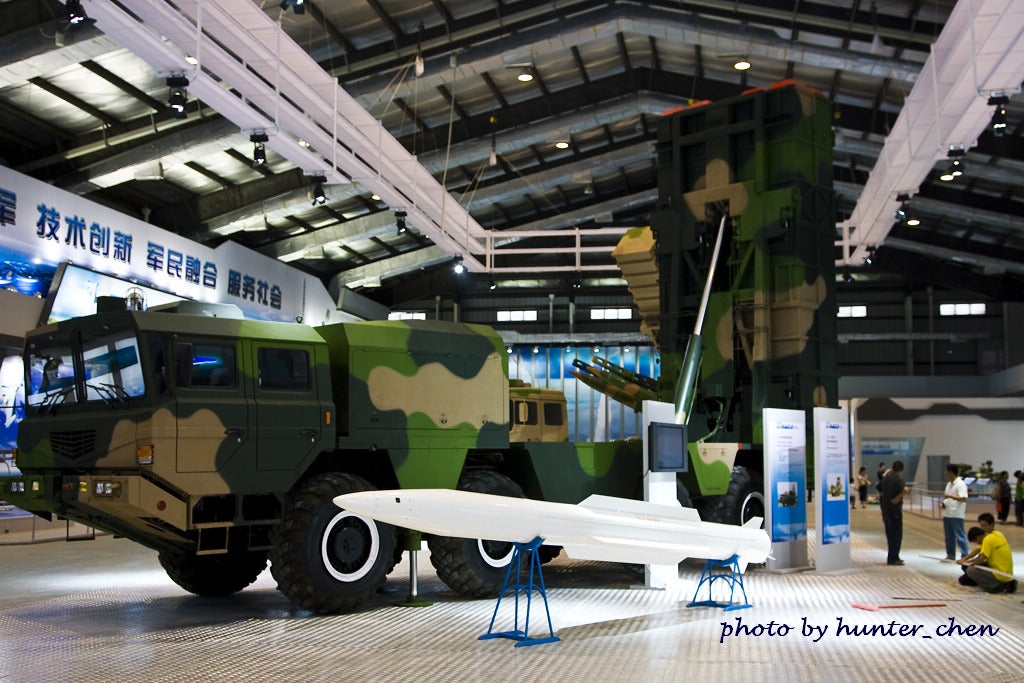 Seen here at the 2010 Zhuhai Airshow (before being removed), this all terrain SY-400 TEL vehicle isn’t just restricted to SY-400 rockets, it can quickly reload with ballistic missiles or smaller rockets thanks to its modular ammunition canisters.