Puppies are the culprits behind a 12-state diarrhea disaster

A bacteria in their poop has already sent 13 people to the hospital. 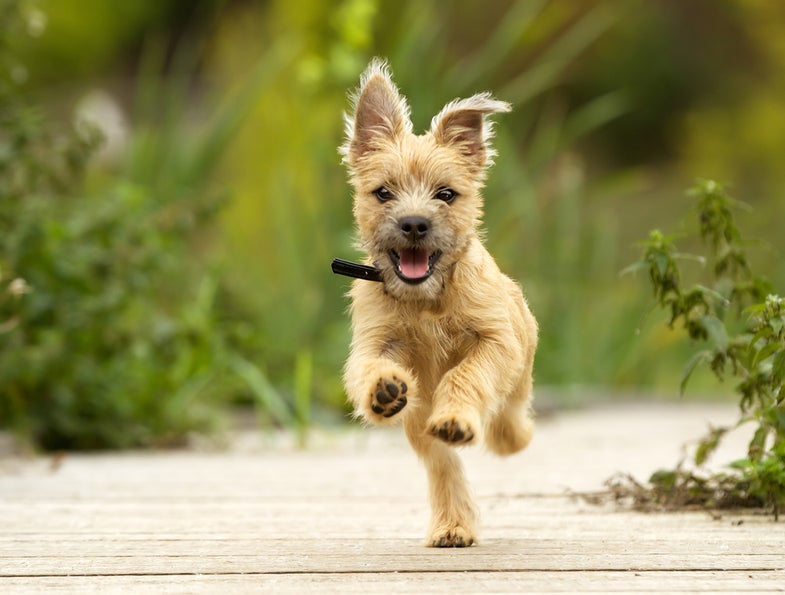 Nothing gold can stay. Not even puppies can remain totally inculpable in our hearts.

The Centers for Disease Control released a statement this week that says baby dogs are to blame for a multi-state outbreak of Campylobacter, a bacterium that causes diarrhea and fever in humans. A total of 55 people have now succumbed to … let’s just call it puppy fever, 13 of whom have been hospitalized. The common thread seems to be Petland, a chain of pet stores that seems to be selling infected puppies.

So far 14 of the infected were Petland employees, and a further 35 had been in one of their stores, bought one of their puppies, or been in contact with a puppy from there. Four were “exposed to puppies from various sources” and one lone person “had unknown puppy exposure.” The sick people hail from Florida, Kansas, Maryland, Missouri, New Hampshire, New York, Ohio, Pennsylvania, Tennessee, Utah, Wisconsin, and Wyoming.

The CDC has already done genome-sequencing on many of the people and dogs who are infected and found that the Campylobacter strains were all closely related. That suggests that the human victims did in fact get the disease from the sweet little pups’ poop, which is where the tiny suckers hide. They also found that this particular strain is resistant to most first-line antibiotics, though that’s not unusual for Campylobacter.

If you’re thinking “but I don’t touch puppy poop!” you are not alone. Most of us prefer not to come in contact with feces from any species, even if it popped out of an adorable fuzzy creature. Unfortunately, poop is sneaky. Tiny bits of it can get onto paws or claws or even into the air, so even though you thought you were just enjoying the sweet soft kisses of a young pup you were really infecting yourself with a dangerous bacterium. Suddenly it’s three days later and your guts feel like they’re leading a painful mass exodus from your body.

Sound like you? If so, don’t rush to the hospital just yet. Most Campylobacter patients recover without needing any treatment—just plenty of rest and fluids to rehydrate you after the diarrhea. The infection usually lasts less than a week, though if you start to get particularly dehydrated or if your symptoms continue to worsen, head to a hospital. At the very least they can provide IV fluids and maybe some anti-diarrheal medication. At worst, the infection has spread to your bloodstream and you’ll need antibiotics.

If you just bought a puppy from Petland, bring the little scamp to your vet. They can test for Campylobacter and make sure your new friend is healthy, which you should honestly do anyway when you get a new pet.

If you just touched a dog and are now nervous, wash your hands. That sounds like silly advice, but consider when the last time was that you petted a stranger’s dog and then immediately washed your hands. The answer is probably never. Dogs are beautiful angels, but they’re beautiful angels who like rolling in and eating poop. Don’t not pet the dog—always pet the dog—just wash your hands before you go man-handle your lunchtime burrito. Happy petting!