A guide to all the places with no snakes 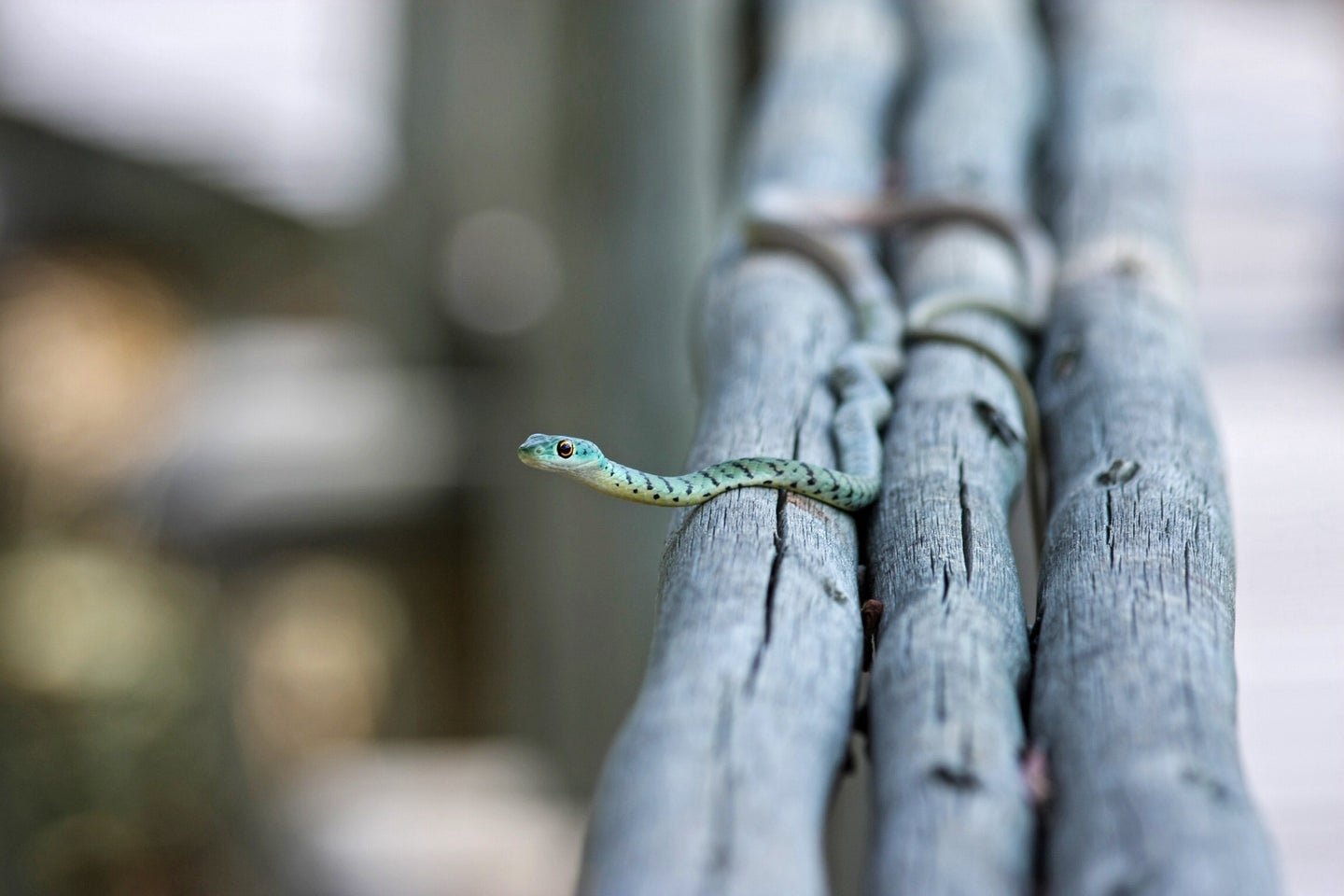 The Arctic and Antarctica may be obvious snake-free places, but islands like Ireland and Hawaii are also on the list of all the places snakes won't go. Pixabay
SHARE

This post has been updated. It was originally published on March 15, 2019.

Snakes are sneaky. In their 150 million-odd years on this planet, they’ve managed to slither their way into most corners of the world. But Saint Patrick can’t take credit for eliminating our scaly friends from any of them.

Ireland, like pretty much all places with no snakes, never had them to begin with. Other regions are simply too frigid for them. As cold-blooded ectotherms, they rely on their environment to control their body temperature, so few species can live too close to the poles—at least for now. The common garter snake, Thamnophis sirtalis, can get as far as the southern border of the tundra in North America (though its bodily fluids start to freeze), but both the Arctic and Antarctic are snake-free. Similarly, the northernmost bits of Russia, Norway, Sweden, Finland, Canada, and the US have no native snakes, and the southernmost tip of South America is serpent-less as well. That makes Alaska one of two states to be snake-free, the other being Hawaii.

As an island, Hawaii is more representative of why most countries without snakes have gotten so lucky: They’re geographically isolated.

Not all islands are devoid of snakes, of course. Polynesia is covered in them, Madagascar has plenty, and the Caribbean is home to many as well. Ilha da Queimada Grande, a tiny blip of land off the coast of Brazil, has roughly one snake per square meter by some estimates and is the exclusive home to one of the deadliest snakes in the world, the golden lancehead viper. It’s so dangerous there, the government mostly doesn’t allow humans to set foot there. But all of those islands were either once connected to larger land masses or are close enough to other parts of land to be colonized by swimming snakes. Ilha da Queimada Grande used to be a part of the mainland, for instance, until rising sea levels cut it off.

Much of the Pacific and Indian Oceans are warm enough to support sea snakes (virtually all of them venomous), so many of the islands in those areas have been colonized already. Some of the Pacific islands, like Tuvalu, Nauru, and Kiribati, don’t have land snakes but do have local sea snakes. But most of those islands are pretty close together. Other island nations, like New Zealand, Greenland, Cape Verde, and Iceland, are largely too far away to have allowed snakes to take up residence there. The same goes for Hawaii, a distant volcanic archipelago.

Ireland, unlike the rest, is fairly close to a mainland and even had a land bridge that appeared roughly 10,000 years ago and connected it to what’s now the United Kingdom. That land bridge disappeared only 1,500 years later, while the land bridge from the UK to Europe stuck around for another 2,000 years after that, and it’s that serpentine highway that seems to have given snakes enough time to penetrate jolly old England. The frigid Irish sea seems to have kept these scaly invaders at bay, since no one has ever found serpentine fossils in the country. Even northern Canada, where no snakes live now, has snake fossils from a warmer era—a trend that may repeat itself, as global temperatures rise, reopening vast tracts of land to snake habitation.

Of course, none of this is to say that these places will always be snake-free. Guam, one of the US territories in the Pacific, has no serpent species until World War II. During the war, cargo ships accidentally brought brown tree snakes to the island, and they have since taken over. Roughly two million of them now live in the forests, wiping out 10 of the 12 native bird species by the 1980s and preventing roughly 90 percent of new tree growth by eating the birds who would normally spread the seeds in their droppings.

It’s for this reason that it’s illegal to have a snake at all in Hawaii. The odds that a handful escape and start breeding in the wild is simply too high, so the Hawaiian government made it a felony accompanied by a $200,000 fine plus up to three years in prison for possessing or transporting a snake into the state.

The ban exists elsewhere: In New Zealand, even their zoos don’t have snakes and there are 20 professional snake handlers stationed around the country whose job it is to find and catch any snakes spotted trying to enter. Key sources of snakes into New Zealand include stowaways in cargo ships, smugglers at airports, and enterprising swimmers. Some sea snakes drift over from Australia every once in a while, but outside of the summer months most of the North and South Islands are too chilly to support them long term.

If you want to get technical, there are also plenty of other places with no snakes. Vatican City, for instance, doesn’t really have snakes since it doesn’t really have wildlife. Many small islands from Johnston Atoll to the Pitcairn Islands are serpent-free—and also largely human-free, since these are just mostly very tiny bits of land that most folks aren’t going to visit.

But, barring that terrifying Brazilian island, there aren’t many reasons to avoid a place specifically because of its the snakes. Even the scariest-looking critters are important parts of their native ecosystem. Many of them are even quite friendly. And some do jobs that directly benefit humans, like controlling populations of mice. We just find it a little freaky that they crush their prey to death (if they don’t just inject the creature with venom) or down their prey whole. But that’s just more proof snakes are incredible animals. We might do well to stop trying to avoid them.